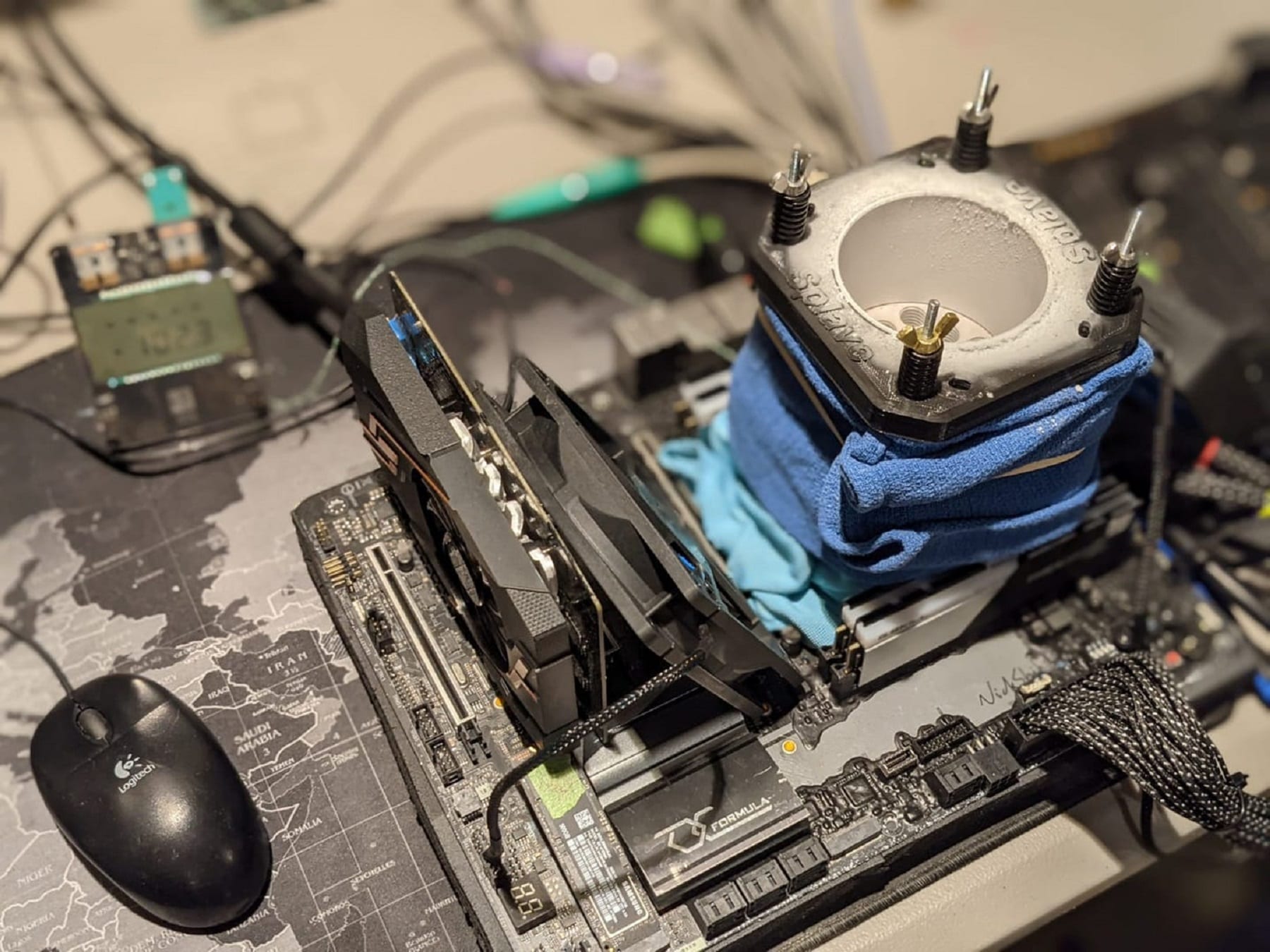 Recently, the y-cruncher – Pi-1b discipline gained quite high popularity among the overclocking community. Moreover, thanks to the new discipline, many forgotten processors like the Ryzen 1000/2000 and Core 8000/9000 returned to service.

American sports overclocking mastodon Splave could not stay away from such a “juicy pie” with literally free points and blowing dust off the relatively old Intel Core i9-9920X processor (by HWBot standards), set a record in the rank of the chip of the same name, and also, took first place in the global 12-core ranking of the y-cruncher – Pi-1b discipline:

The following components were used in the test setup: