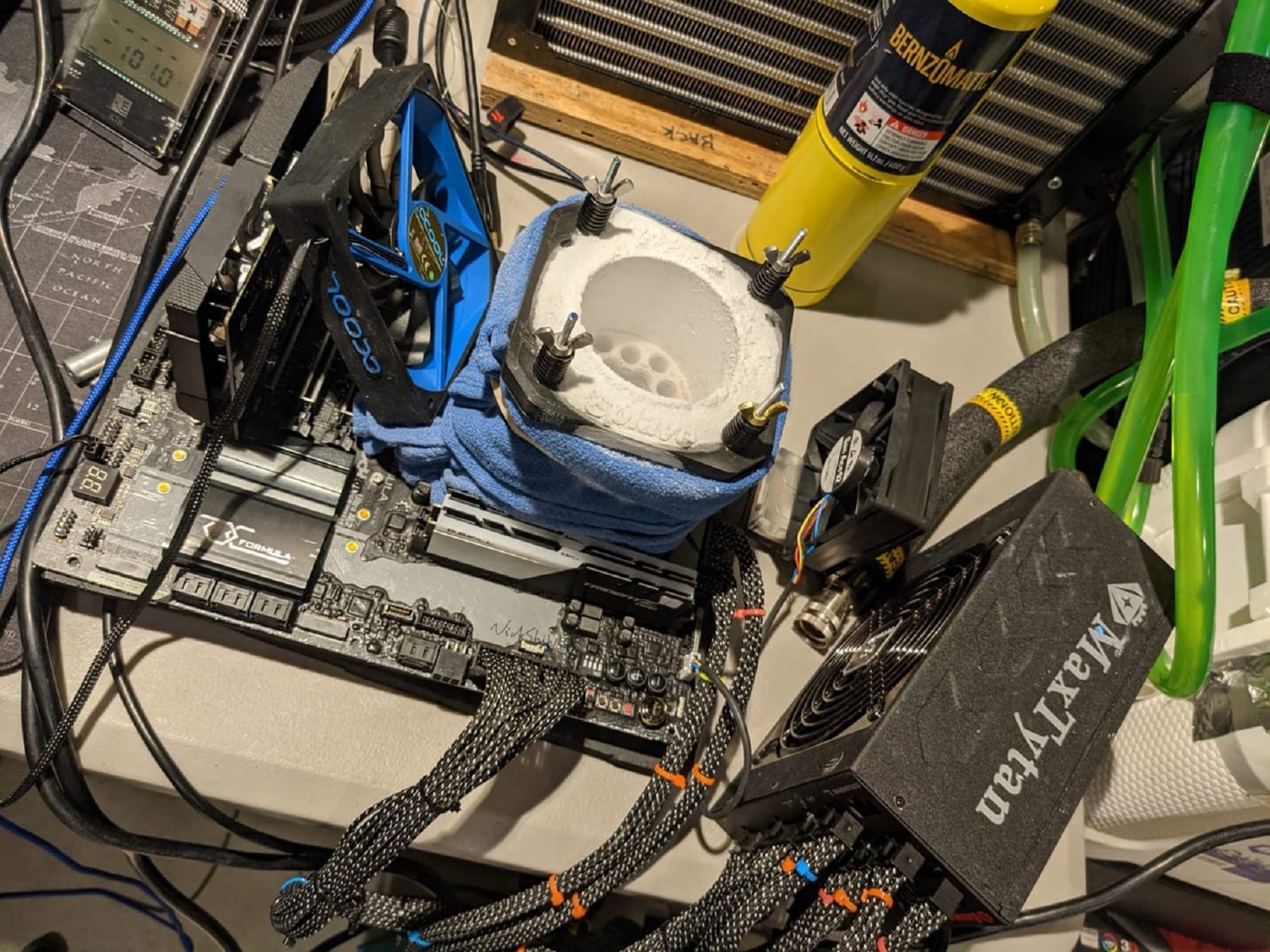 The American overclocker Splave has once again ascended to first place in the 18-core rank of the Cinebench – R20 discipline. However, it should be noted that for about six months now the enthusiast has been competing with himself (sometimes keeph8n gets involved in the fight) and sometimes improves his own results.

Like so many times before, Splave used his beloved ASRock X299 OC Formula motherboard and an 18-core, 36-thread Intel Core i9-10980XE chip that was overclocked to 5860MHz using liquid nitrogen. This frequency allowed the enthusiast to conquer an impressive 13688 points in the multi-threaded benchmark Cinebench – R20:

The result of the American bench session was the first place in the rank of the Core i9-10980XE chip, as well as gold in the overall 18-core rating.