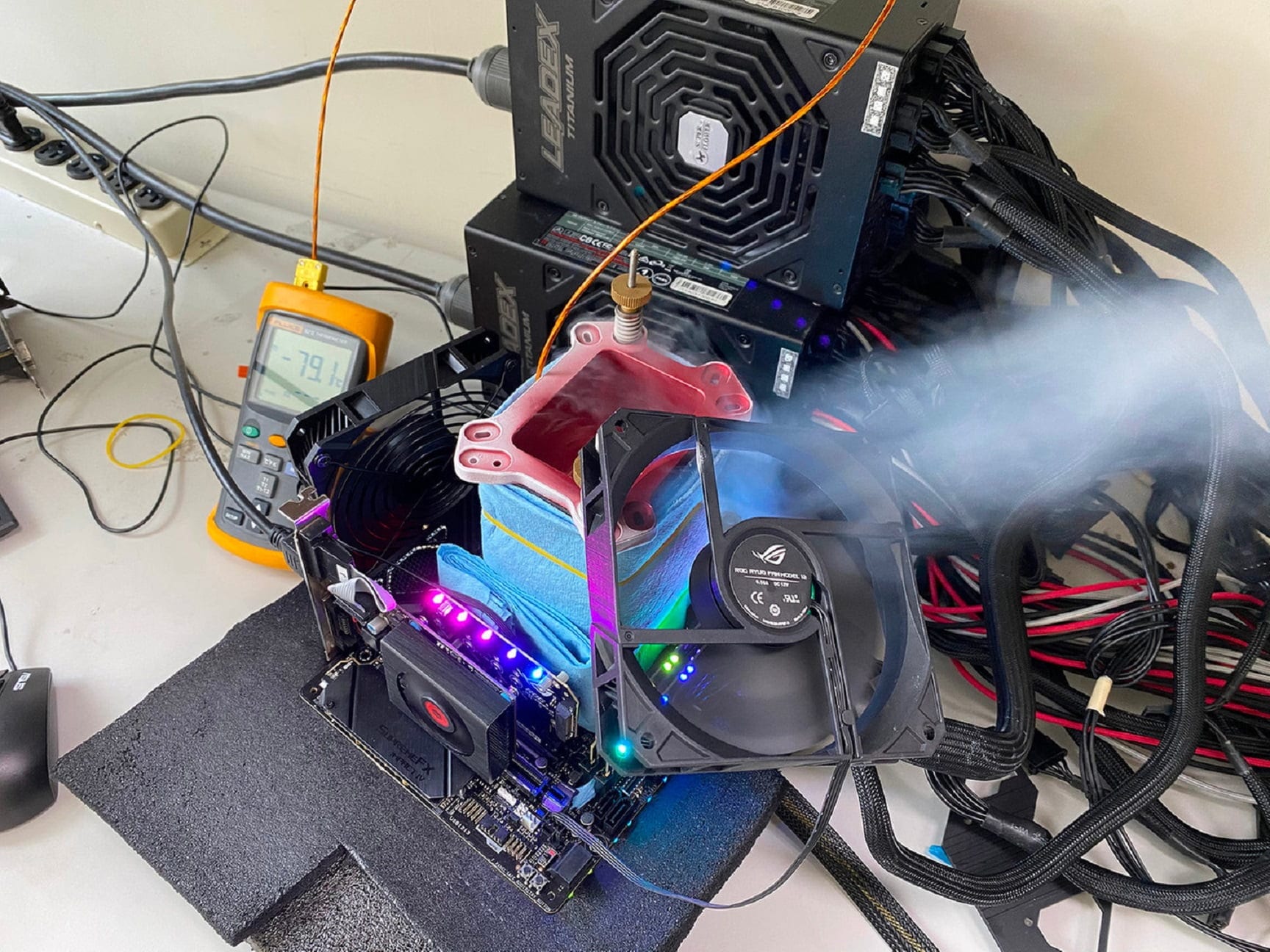 Korean overclocker safedisk has not published new results for a little over 25 days, which in modern realities is quite normal for a titled enthusiast. However, in this way, many expected something truly impressive from his return. And it should be noted – the Korean has more than justified the hopes placed on him:

safedisk got his hands on a selected sample of the AMD Ryzen 7 3800XT processor and, using liquid nitrogen, overclocked it to a frequency of 5823 MHz (core voltage 1.784 volts), thereby securing the first place in the Geekbench3 – Multi Core discipline both in the ranks of the CPU of the same name, and in general, 8-core ranks:

At the same time, the operative memory functioned at a frequency of 4600 MHz, with timings of 14-13-13-28, and the final result was 58439 points. These indicators helped the Korean climb to the top of the 8-core rank according to HWBot: