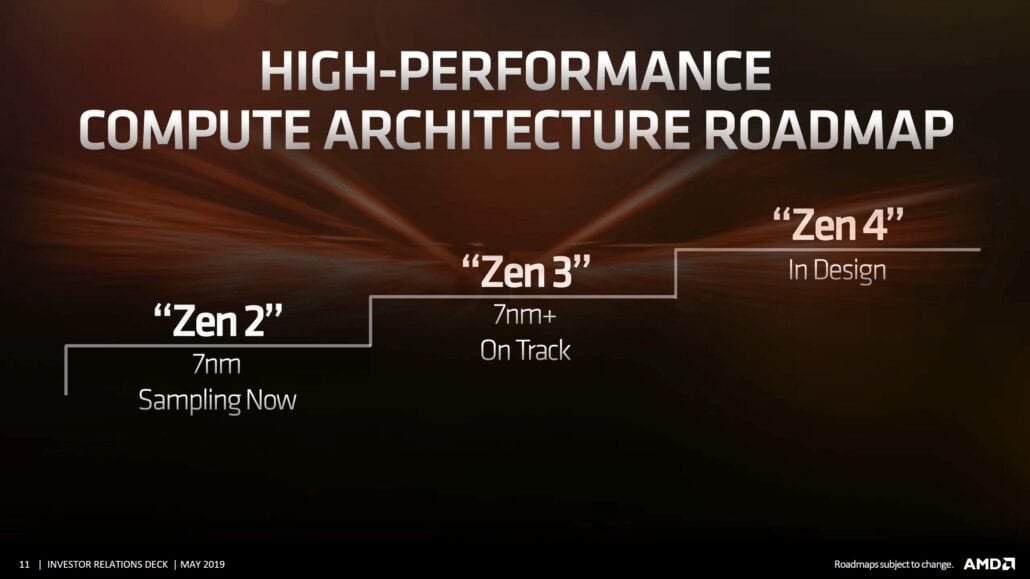 Less than a week after the release of the highly successful 7nm Zen 2 architecture, rumors of its successors began to seep.

It’s no secret that Zen 3 is currently being actively developed. As you know, it should give life to processors after 2019.

Since April this year, we know that AMD will skip Zen 4 and immediately start developing Zen 5. The reasons for this can be many: from a poor performance per core to high power consumption and/or problems with a crystal production.

The development of different versions of the Zen architecture runs parallel to each other. By the way, this can explain the problems with the launch of Destiny 2 and some versions of Linux with Zen 2 on release. By the end of July, a new version of the AGESA microcode should be released to correct these annoying shortcomings. However, it is worth noting that this was not the case with previous processors based on Zen and Zen + architectures.

Nevertheless. Based on the profile of one of AMD’s top architects, David Suggs, work with Zen 5 is already underway.

Judging by David’s profile, he had a hand in Zen 2, and as it has now become known to the future Zen 5.

Presumably, Zen 5 cores will be produced using a 5nm process technology and will see the light closer to 2024.