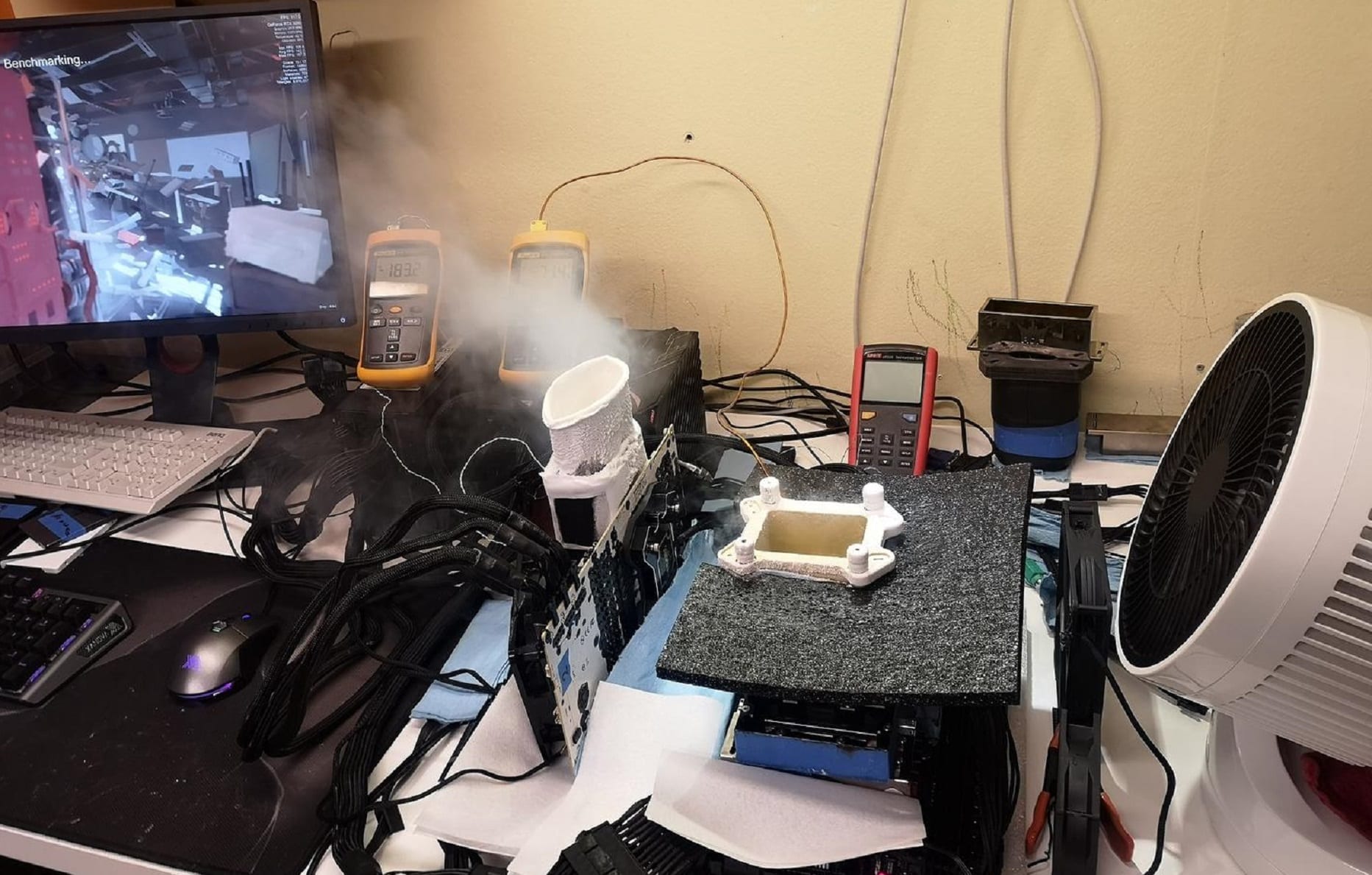 Today, two overclockers at once managed to distinguish themselves with very good records: Swedish enthusiast Rauf climbed to the top of the rank of the GeForce RTX 3090 video card in the 3DMark – Time Spy Extreme discipline, and his Israeli colleague shar00750 became the first in the rank of the Ryzen 5 5600X processor in the Geekbench3 – Multi Core discipline.

To reach first place in the 3DMark, Rauf used an Intel Xeon W-3175X chip overclocked to 4900MHz (+58.06% to the base frequency) and an ultimate version of the RTX 3090 video card from GALAX, model GALAX GeForce RTX 3090 HOF OC Lab Edition (at the time of writing of this article, this product is available in only a few stores, and its price starts at $ 4000).

The Israeli shar00750 chose a cheaper and safer option for his experiments, if one can say so at all. Nevertheless, the loss of even such a scarce chip as the 5600X cannot be compared with the potential loss of the RTX 3090 video card (experiments with liquid nitrogen and high voltages often lead to the failure of their CPU and GPU).

But let’s get back to the result. To set a record in the Ryzen 5 5600X rank, shar00750 overclocked the processor to 6000MHz and was able to successfully complete the Geekbench3 – Multi Core benchmark with 48905 points: