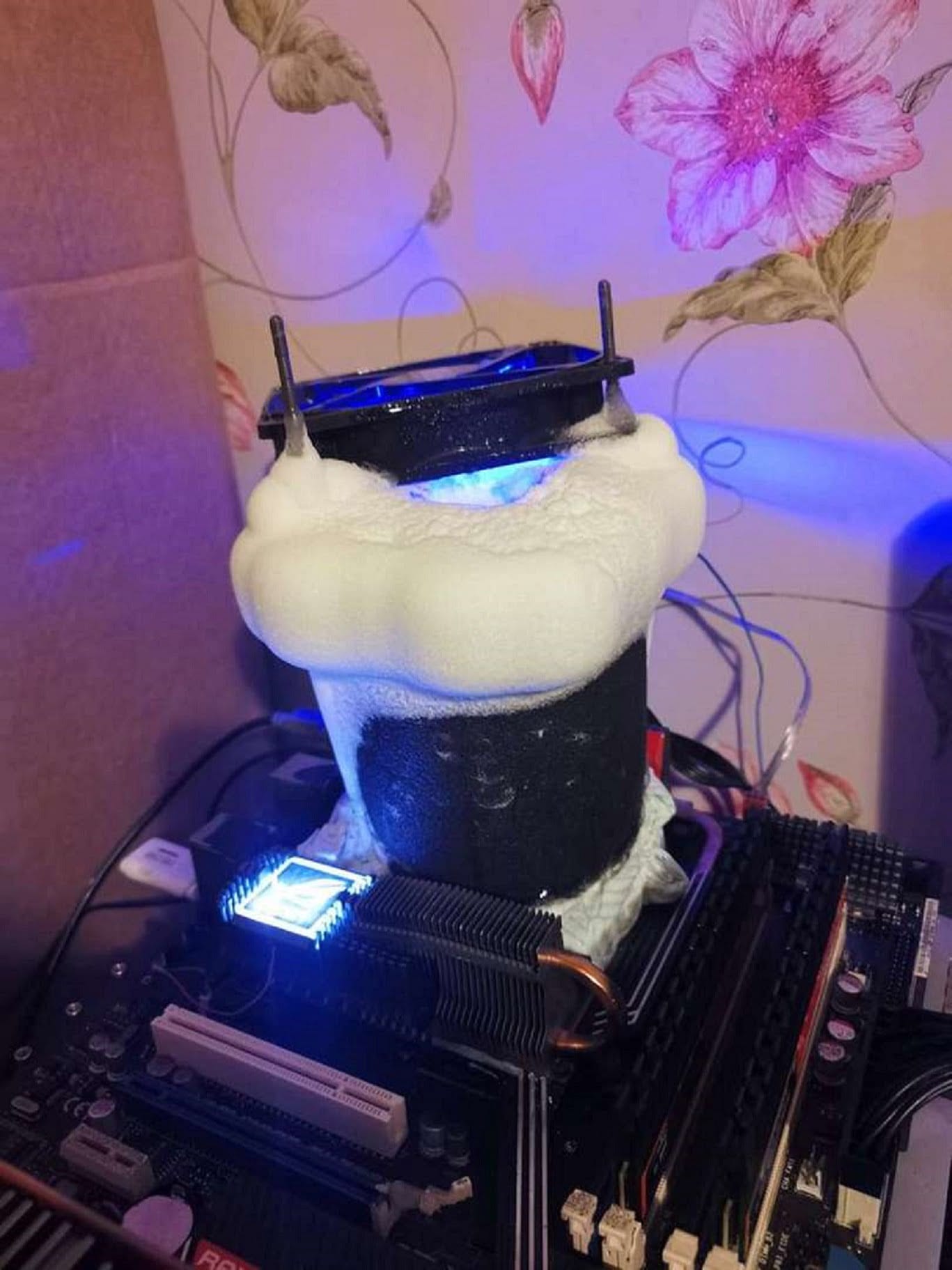 The overclocker achieved a result of 9 minutes, 1 second and 265 milliseconds with a processor frequency of 5459.8 MHz. Moreover, in this case, the CPU-z utility adequately took meter the core voltage indicators and it amounted to an impressive 1.952 volts. Considering that often the motherboard gives utilities a slightly reduced voltage, it is quite possible that in reality, it exceeded 2 volts.

In general, for liquid nitrogen, with which the CPU was cooled, such a voltage is not so terrible. And given the current price of the processor (about 2-3 dollars), it becomes quite obvious – this sample was selected from hundreds (and most likely even more) of similar ones. And it is quite possible that some of them fell victim to this impressive result.

The British overclocker’s test setup consisted of the following components:

In a commentary to his record, he said that he spent a lot of nitrogen on the wrong CPU and, in that case, did not achieve everything he wanted. This means that in the future we will have at least a couple of good results in the Pi Fast and SuperPi – 1M disciplines.

Spent an entire evening benching the wrong CPU, only to realize about two days later…….. Had about 2.5L to get this run and a couple of quick Pi Fast and 1M scores done so this was a 1 and only run. Very inefficient and plenty more to be had from the CPU itself so will revisit in the future 🙂