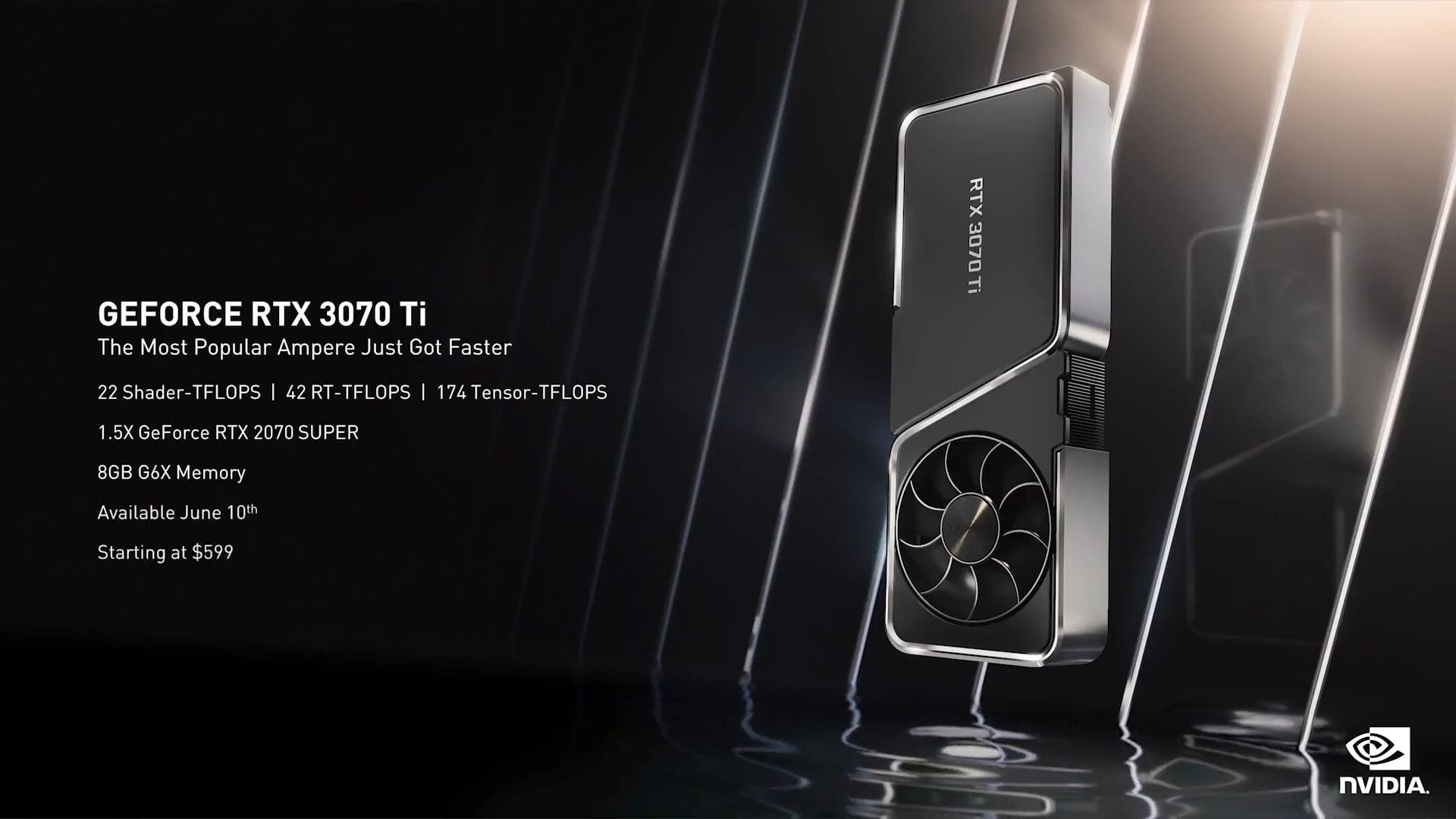 Leakbench shared on his Twitter account a link to the results of testing the NVIDIA GeForce RTX 3070 Ti graphics card in the popular Ashes of the Singularity benchmark.

Recall that the NVIDIA GeForce RTX 3070 Ti graphics adapter is based on the GA104-400 GPU with 6144 active CUDA cores. Compared to the regular RTX 3070, which has GDDR6 video memory, the RTX 3070 Ti will have an updated GDDR6X memory at its disposal. Unfortunately, the amount of memory will remain unchanged at the usual 8GB.

It is not yet known how correct, and most importantly, representative of these data, however, if an increase of only ~ 10% when changing the RTX 3070 video card to the RTX 3070 Ti turns out to be real, the transition from GDDR6 video memory to the hotter and more expensive GDDR6X may not justify itself.

However, it should be noted that the Ashes of the Singularity benchmark is not a standard for measuring graphics performance, and therefore, some more specific conclusions can be made only after the tests are published in classic packages like 3DMark.