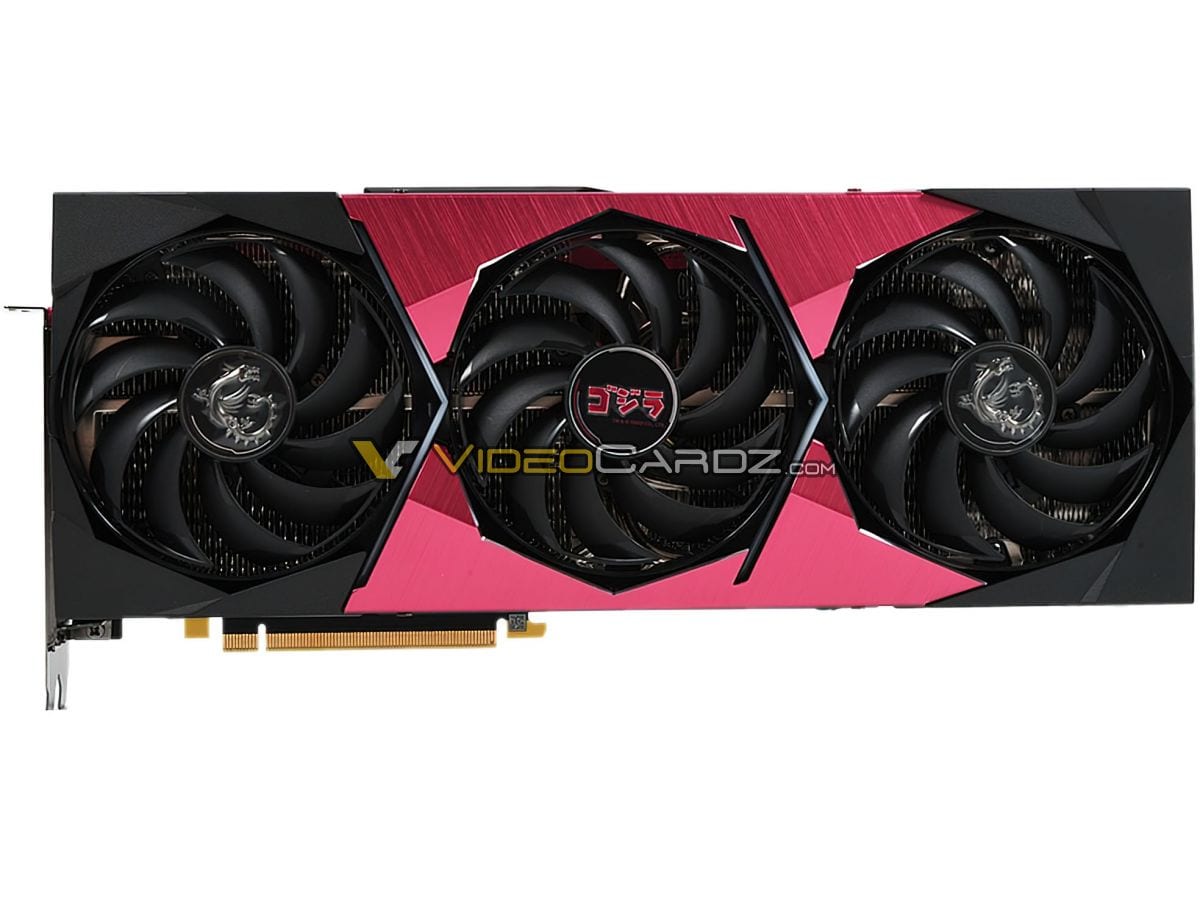 MSI (Micro-Star International) will release the unique GeForce RTX 3070 SUPRIM SE x GODZILLA graphics card. The Taiwanese vendor has always had a weakness for dragons (there is a dragon on the MSI logo), so the design in the style of Japanese kaiju Godzilla has been asking for itself for many years.

The SUPRIM x GODZILLA design has something similar to the relatively old MSI models of the NVIDIA GTX 1000 line of graphics cards. The card is made in black and amaranth style, the backplate is perforated in places and is made of aluminum. A massive heatsink with three MSI proprietary fans is responsible for cooling the adapter.

MSI GeForce RTX 3070 SUPRIM SE x GODZILLA is based on the latest revision of the RTX 3070 GPU with Lite Hash Rate technology activated (reduced mining performance for some cryptocurrencies).

The GPU of the graphics card operates at a frequency of up to 1785 MHz in Extreme Performance mode, which can be applied using the Dragon Center software. But the default clock frequency of the chip is 1770 MHz.

MSI GeForce RTX 3070 SUPRIM SE x GODZILLA Graphics Adapter is based on a completely custom design. The card is powered by two 8-pin power connectors and has a TDP of 240W.

At the moment, we do not have an exact release date for the novelty, however, there is clear information that the SUPRIM x GODZILLA series will visit only the Japanese market and will not be sold in the CIS. Nevertheless, as we have already mentioned somewhere, in such situations (product exclusivity for countries/stores), good old Aliexpress comes to the rescue. With a high degree of probability, sometime after its release, the MSI GeForce RTX 3070 SUPRIM SE x GODZILLA video card will appear on the most popular Chinese trading platform and you can order it without any problems.