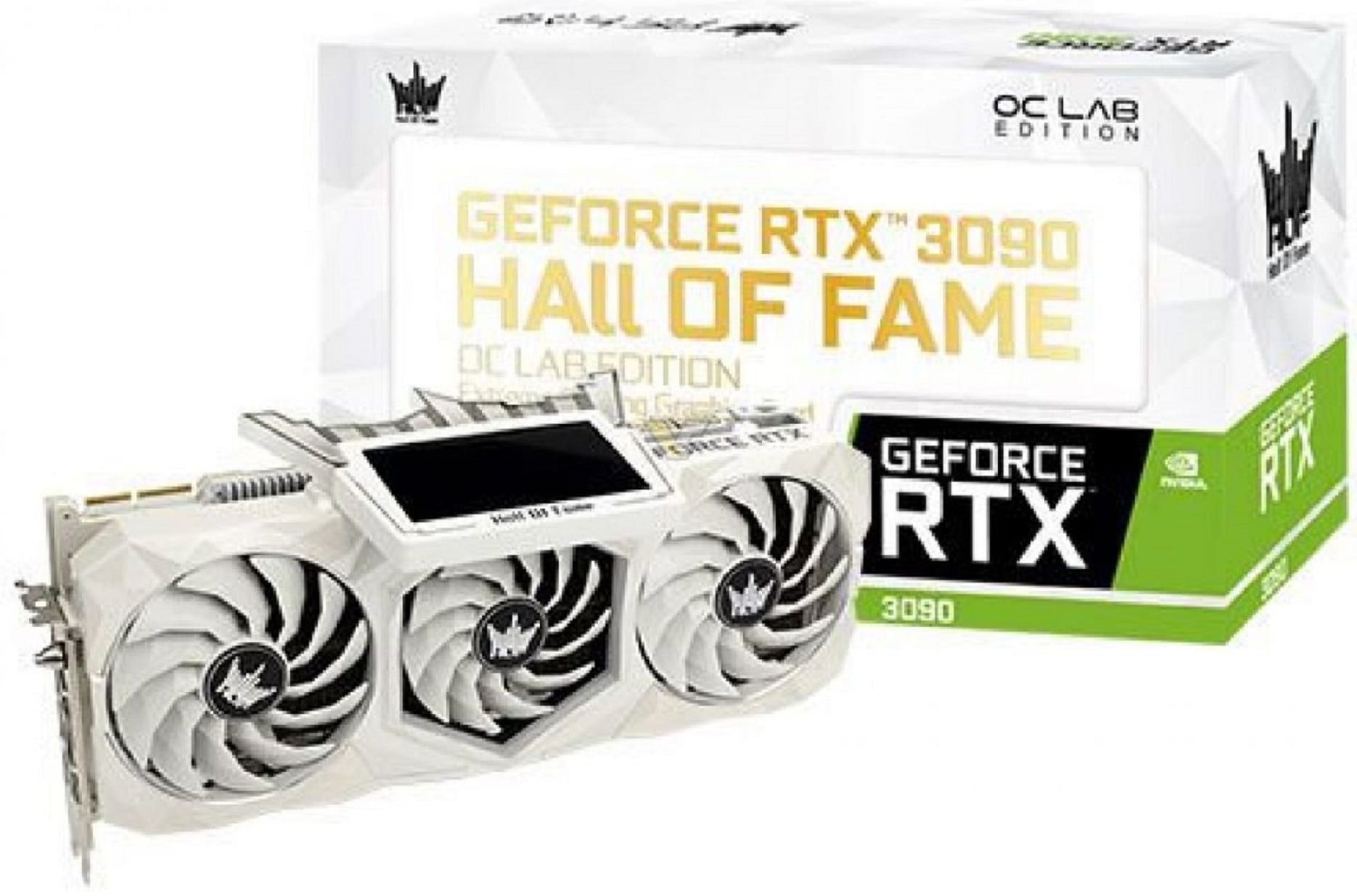 The new devices incorporate all the early GALAX developments for ultra-premium cards:

At the moment, it is one of the most powerful and reliable power supply systems for video cards on the market.

In addition, some of the released RTX 3090 Hall of Fame models received a removable 4.3-inch HOF Panel III screen with a resolution of 480 × 272. This “gadget” is connected to the system via a USB bus.

Unfortunately, our colleagues from VideoCardZ were able to access only low-resolution images of new products. Nevertheless, this in no way prevents us from considering the packaging and appearance of the devices:

You can estimate the frequencies and power consumption of each model using this table:

The most powerful of the presented video cards was the GALAX RTX 3090 HOF OC Lab Edition with a GPU frequency of 1905 MHz and a maximum power consumption level set at a crazy 500 watts. However, given the focus of this model on extreme overclocking, this TGP limit may not be enough to conquer really high frequencies of ~ 3000 MHz.

It is not yet known when the GALAX RTX 3090 HOF video cards will appear on the markets of the CIS countries, and whether they will appear at all. Given the newly emerging cryptocurrency boom, we may never see one of the most powerful modifications of the RTX 3090 on store shelves.