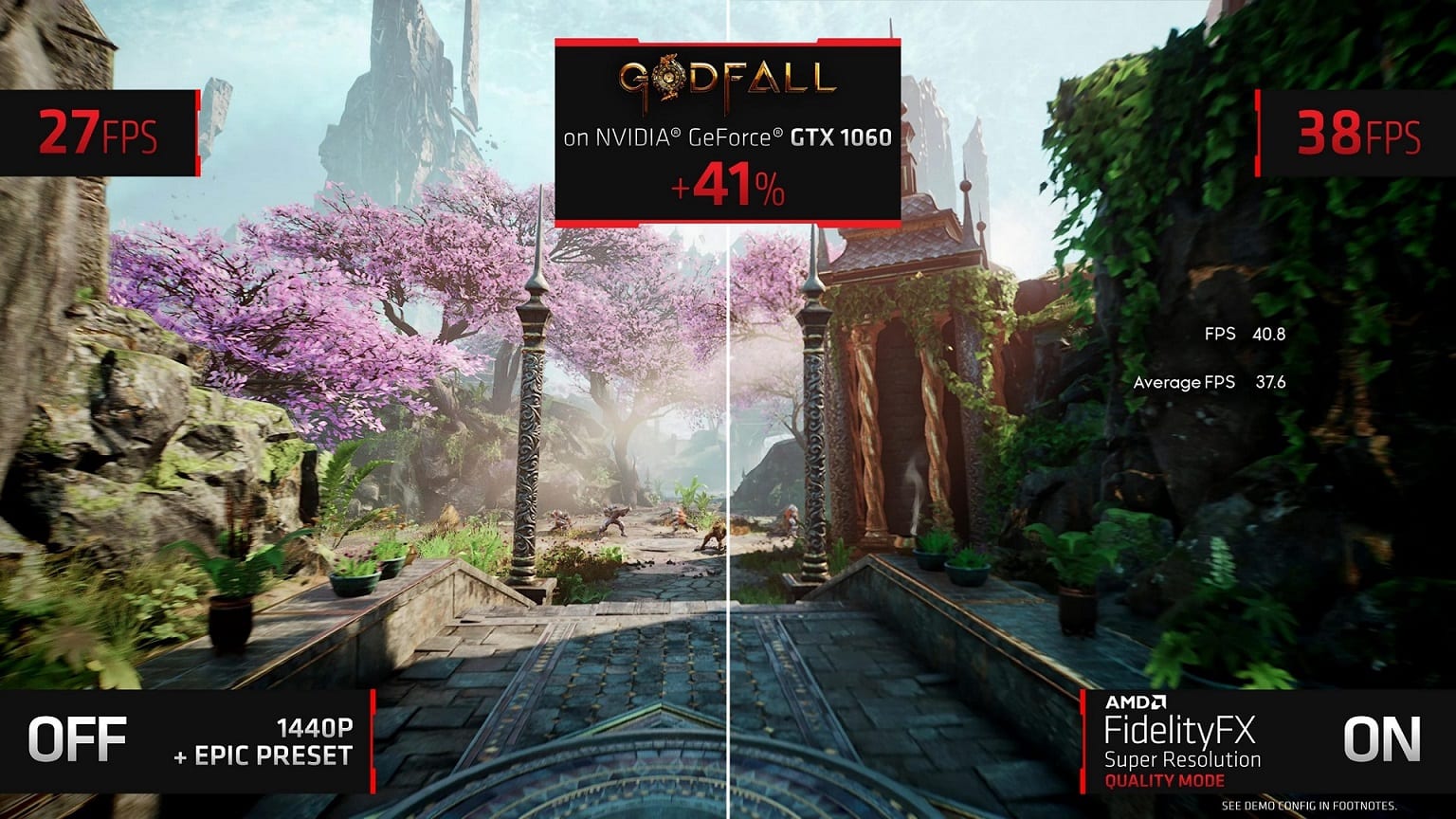 At the moment, 12 projects support the new technology, including 22 Racing Series, Anno 1800, Evil Genius 2, GodFall, KingShunt, Terminator: Resistance, and The Riftbreaker. In the future, such mastodons as Far Cry 6, Dota 2, and Resident Evil Village will join them.

It should be noted that in addition to the corresponding driver, the FSR technology must be supported by a specific game, therefore, if after installing the Radeon Adrenalin 21.6.1 update package, the FSR setting did not appear in one of the above projects, wait for the patch.

In addition, make sure that your video adapter is listed in the support of the Radeon Adrenalin 21.6.1 driver and FidelityFX Super Resolution technology:

You can download, as well as familiarize yourself with the full list of changes, in the June AMD software update at this link.

Jun 22, 2021Cath
SURVIVING ON THE "BOTTOM": RESEARCH PERFORMANCE OF THE GEFORCE GTX 470 graphics CARD IN REALITIES OF 2021 ON THE EXAMPLE OF GV-N470SO-13IMICROSOFT PRESENTED WINDOWS 11 OPERATING SYSTEM BUT NOT EVERYONE CAN USE IT