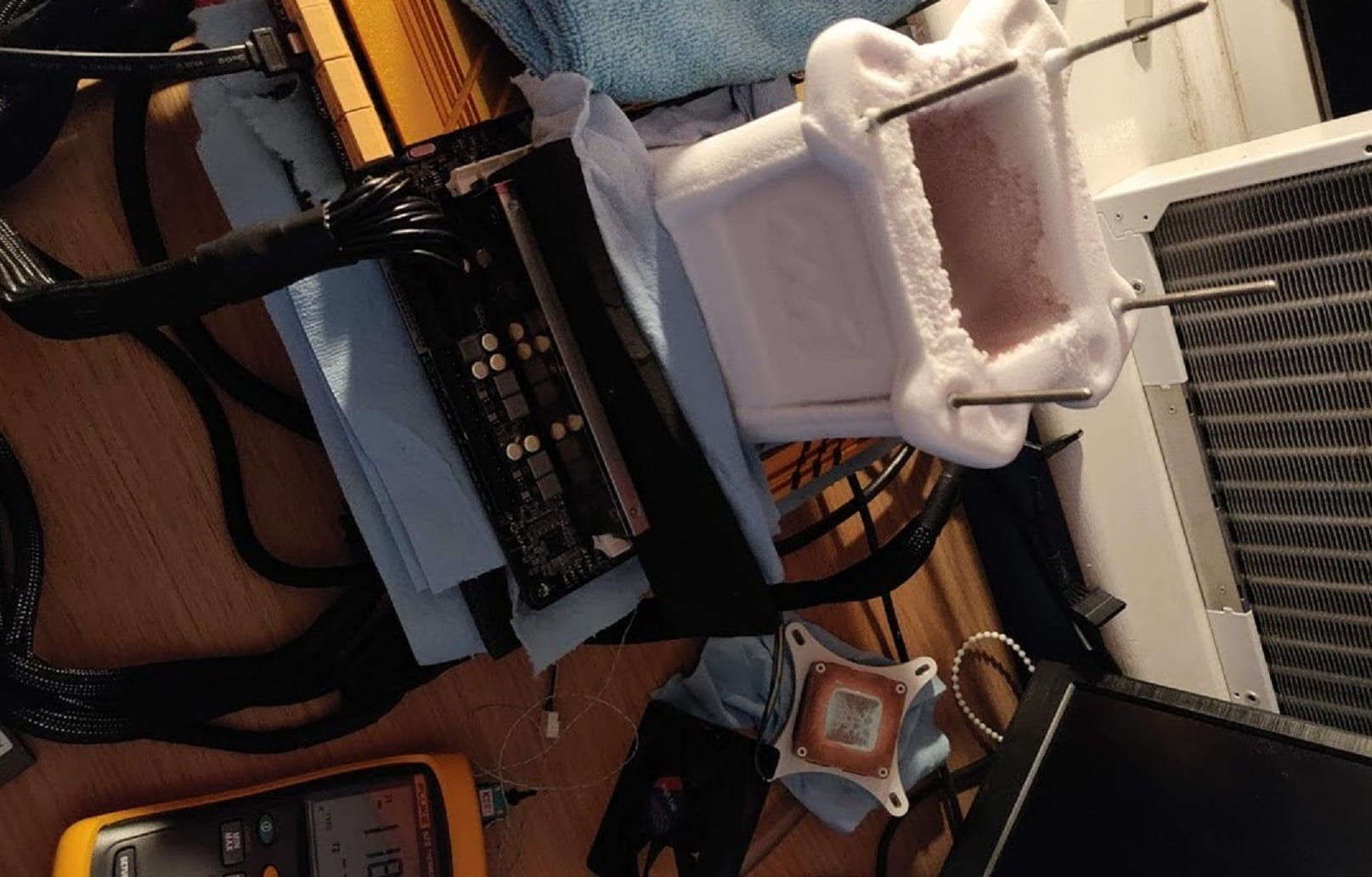 British overclocker MATT26LFC was able to put in his piggy bank a gold medal in the GEEKBENCH3 – SINGLE CORE discipline, becoming the first in the rank of the Intel Core i7-4790K processor popular in the past (Devil’s Canyon, Haswell, 22nm).

Using liquid nitrogen as a cooling system, the enthusiast managed to overclock the i7-4790K processor to an impressive 6100 MHz (the second result after the Frenchman Mylth with his 6105 MHz) and successfully complete the GEEKBENCH3 – SINGLE CORE benchmark with a score of 6223 points:

The record itself, according to the notes in the notebook in the screenshot above, was set back on June 4 and published the next day. This suggests that with a high degree of probability, MATT26LFC may already have a higher result on hand, which the overclocker prefers to leave for a rainy day, until the moment when his current record can be surpassed by someone.

The British test setup consisted of the following components:

Jun 5, 2021Cath
DEEP SILVER WILL NOT SAY ANYTHING NEW ABOUT DEAD ISLAND 2, SAINTS ROW 5, METRO, AND TIMESPLITTERS AT E3 2021SOME DETAILS ABOUT AMD RAPHAEL PROCESSORS (ZEN 4, SOCKET AM5) leaked to the net