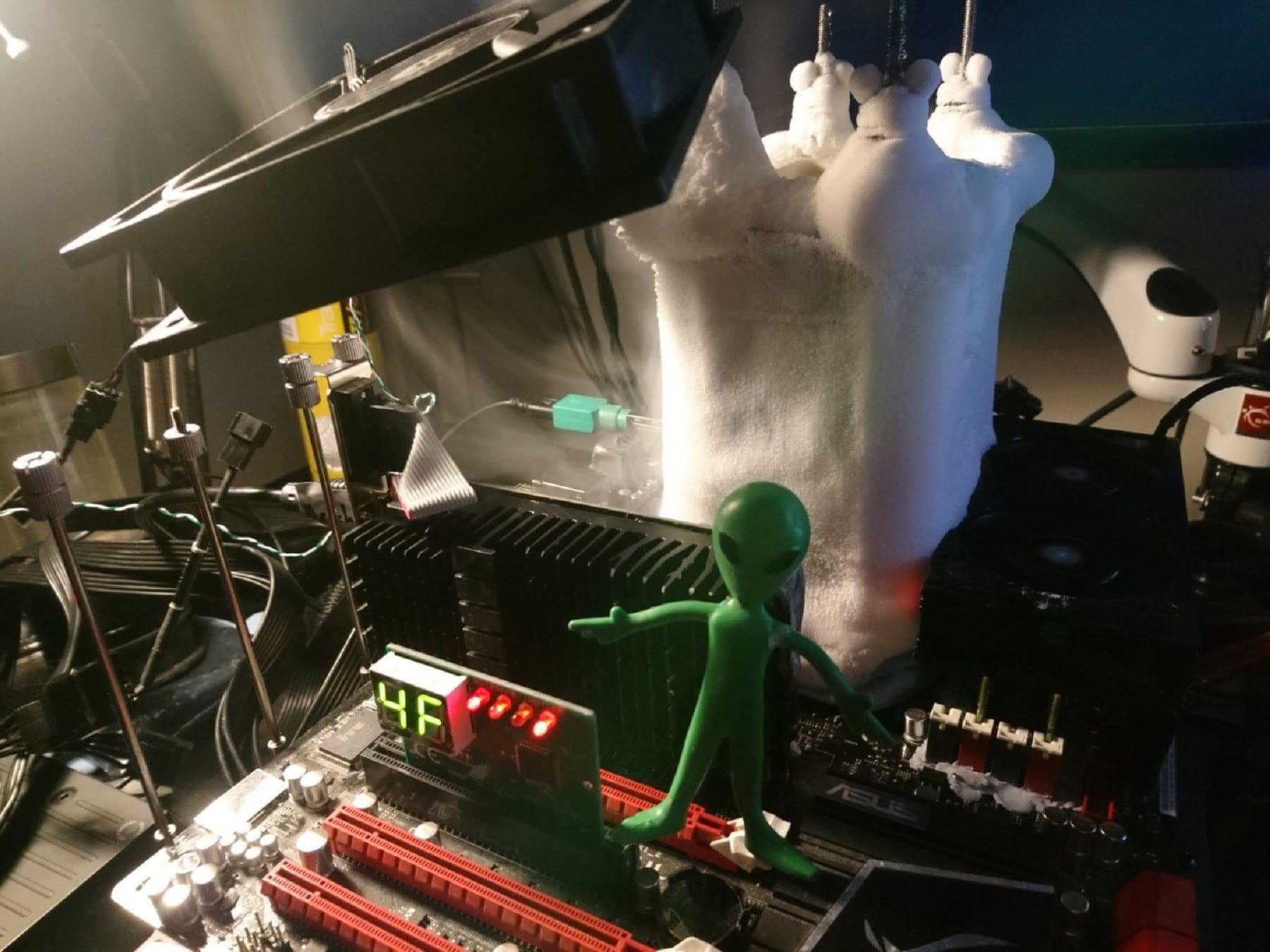 Australian overclocker unityofsaints was able to break the record in the Cinebench – R11.5 with the AMD FX-8350 today. It is worth noting that the last record lasted for a whole year and belonged to the Frenchman kikoone31.

To achieve first place, the Australian overclocked the FX-8350 chip to 7641 MHz using liquid nitrogen. The result of the bench session was 13.18 points:

Here’s what unityofsaints himself wrote about his achievement:

She’s dead Jim. 2.1V through Cinebench was a little too much… at least I got some good scores! LN2 consumption around 1L per 4 runs, not as insane as I expected. I got this score 3 times but couldn’t get the SS, had to downclock for this one, real multi is 28x.

Indeed, for a 32nm 2.1 volt chip, this is just a crazy voltage. It should be noted that without liquid nitrogen, in no case should such a voltage be set on the processor! It is recommended to limit it to 1.450-1.500 volts for air COs.