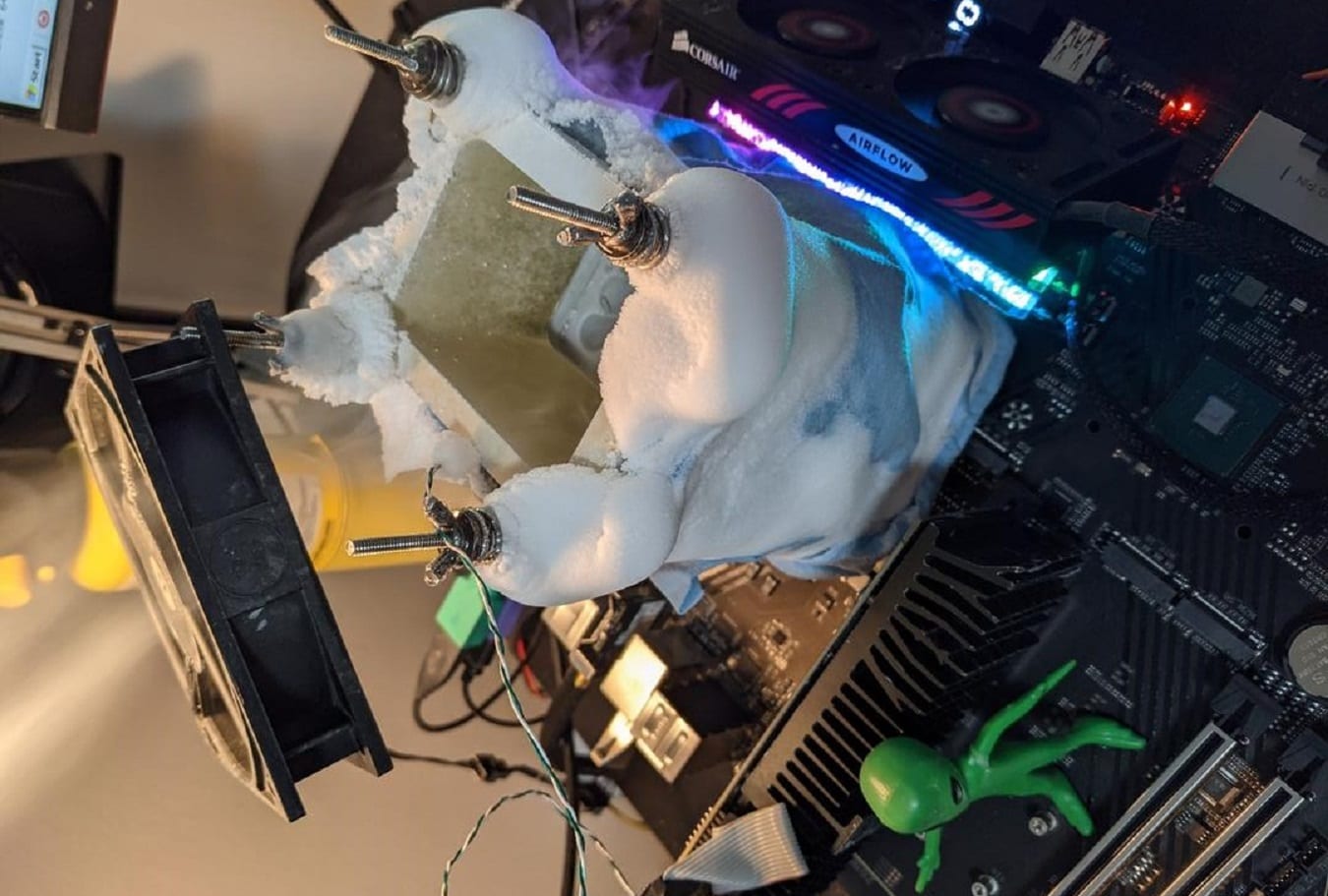 In the case of the Geekbench3 benchmark, the chip was overclocked to a frequency of 6343MHz, and the final result of the multi-threaded test was 46609 points and the logical (albeit most likely short-term) first place in Geekbench3 – Multi Core:

But for the successful completion of the rather difficult Cinebench – R20 test, the author of the record still had to reduce the frequency of processor cores to 6200 MHz. However, this did not prevent Unityofsaints from getting first place in the Core i5-11600KF rank with a score of 5736 points:

Apr 25, 2021Cath
THE "CRYPTO MINING SIMULATOR" IS RELEASED on STEAMASUS CMP 40HX SPECIALIZED CARD FOR MINING: THE FIRST TESTS APPEARED ON THE NETWORK