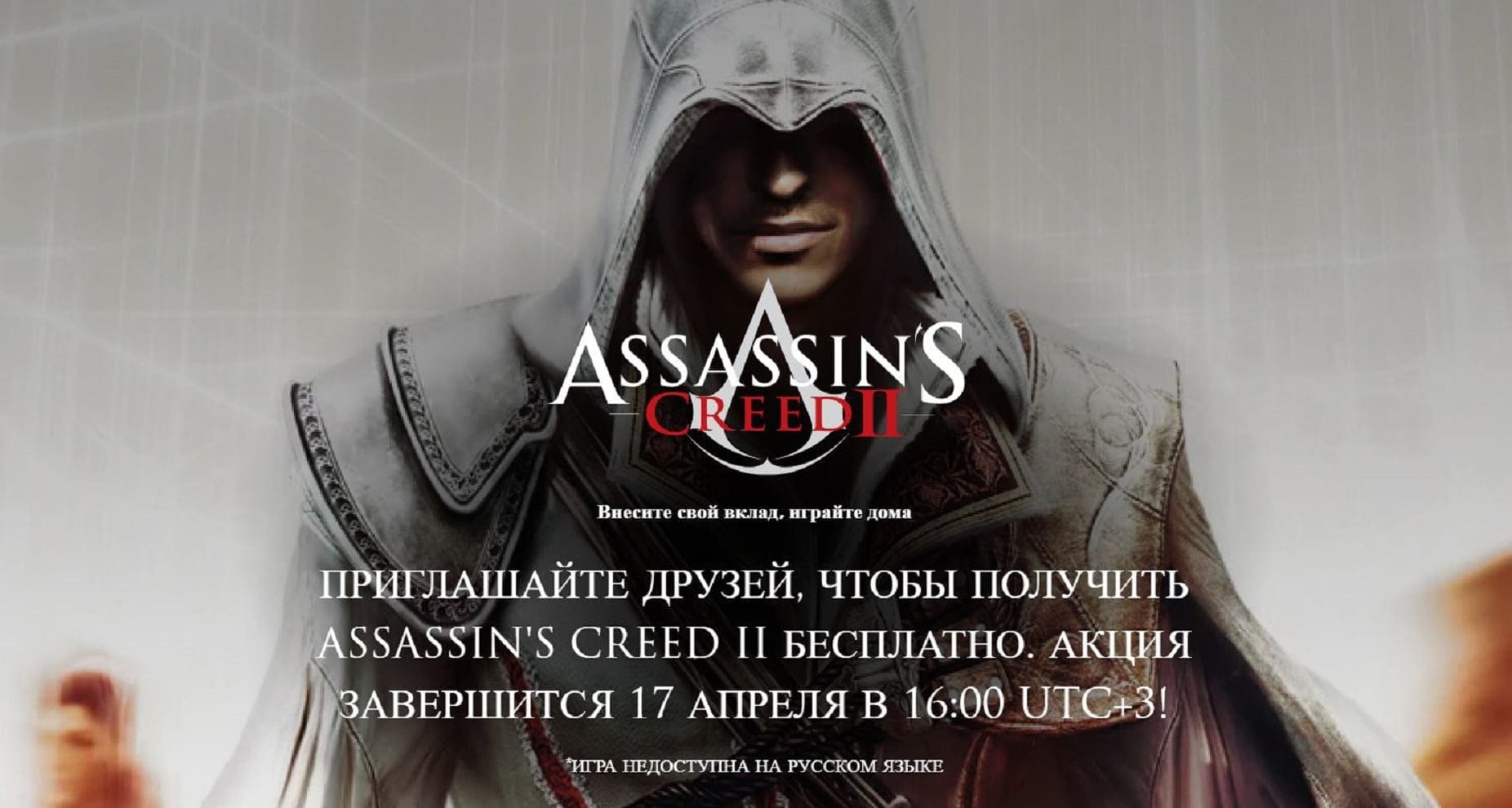 Rumors about the free distribution of the Assassin’s Creed II game began to circulate at the end of last week. Some reliable sources have assured that on Tuesday, April 14, Ubisoft will offer a new game for the activity “Play at home” and will distribute the second part of the cult franchise about killers in hoods. And so it happened: you can pick up the game until April 17, 16:00 UTC + 3.

The only thing you need to understand is that Ubisoft gives away only the second part for free, without add-ons (or individual games) Assassin’s Creed: Brotherhood and Assassin’s Creed: Revelations. You will have to buy these projects separately if of course, you are interested in the memorable history of Ezio Auditore da Firenze. However, even without the two expansion packs, Assassin’s Creed II is arguably one of the best, if not the best, part of the Assassin’s Creed series!

You can pick up Assassin’s Creed II in the store, or in the UPlay application installed on your PC.

Apr 14, 2020Cath
Luumi Sets Four Records in the Intel Core i7-930 RankJust Cause 4 and Wheels of Aurelia Giveaway Starts on the Epic Games Store