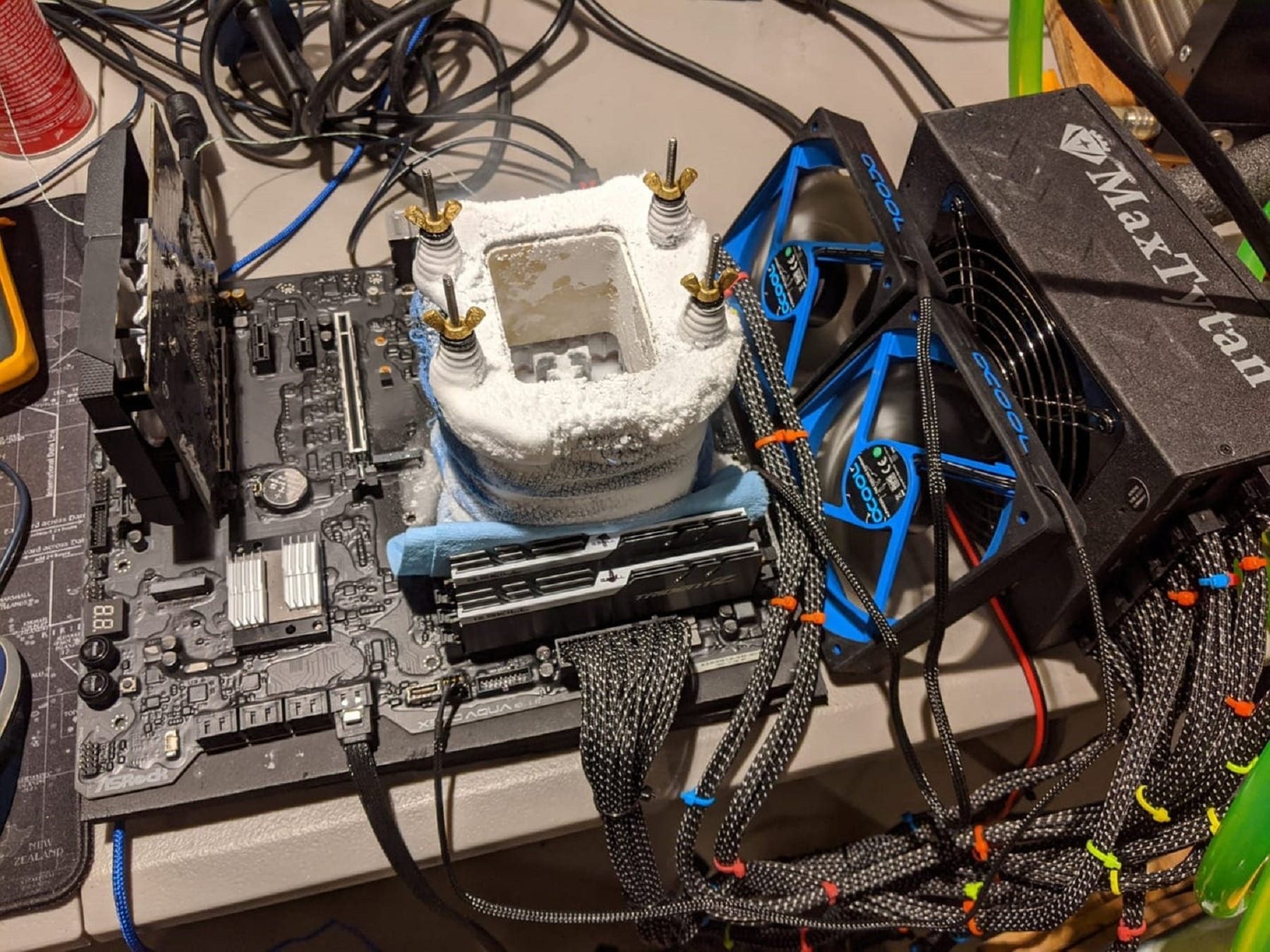 American enthusiast Splave excelled today in overclocking and benchmarking the recently released AMD Ryzen 9 3900XT processor. The overclocker got hold of a fairly successful 3900XT sample and overclocked it to 5675MHz using liquid nitrogen. At the same time, the operative memory operated at a frequency of 3932.4 MHz with delays of 14-14-24-48. Thus, thanks to the frequencies achieved, Splave was able to get the first place in the HWBOT x265 Benchmark – 4k discipline model rank of the processor of the same name, as well as the first place among any CPUs with twelve cores: