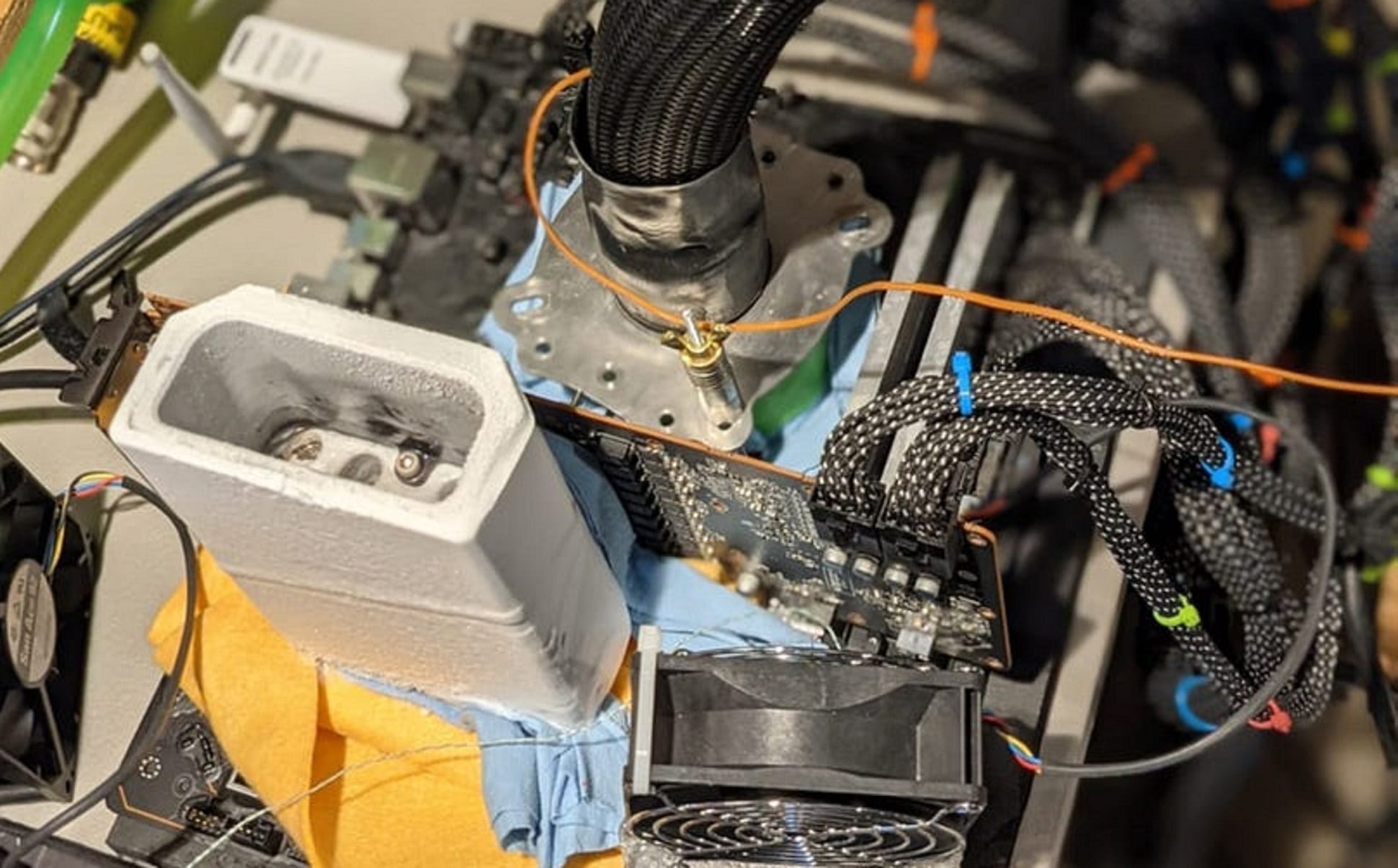 In order to achieve such outstanding results, the enthusiast used for some time already very familiar, overclocked to 5200 MHz, 16-core AMD Ryzen 9 5950X processor. Splave used a phase change system as a cooling system for the CPU. Liquid nitrogen was responsible for cooling the Radeon RX 6900 XT video card, thanks to which, the American obeyed very high frequencies: ~ 2700 MHz for the GPU and ~ 17000 MHz for the GDDR6 video memory:

Dec 30, 2020Cath
THE FIRST ADD-ON FOR CYBERPUNK 2077 WILL BE RELEASED AT THE BEGINNING OF 2021 AND WILL BE FREE!GALAX PRESENTS GEFORCE RTX 3090 AND RTX 3080 CLASSIC VIDEO CARD WITH TURBINE COOLING SYSTEM