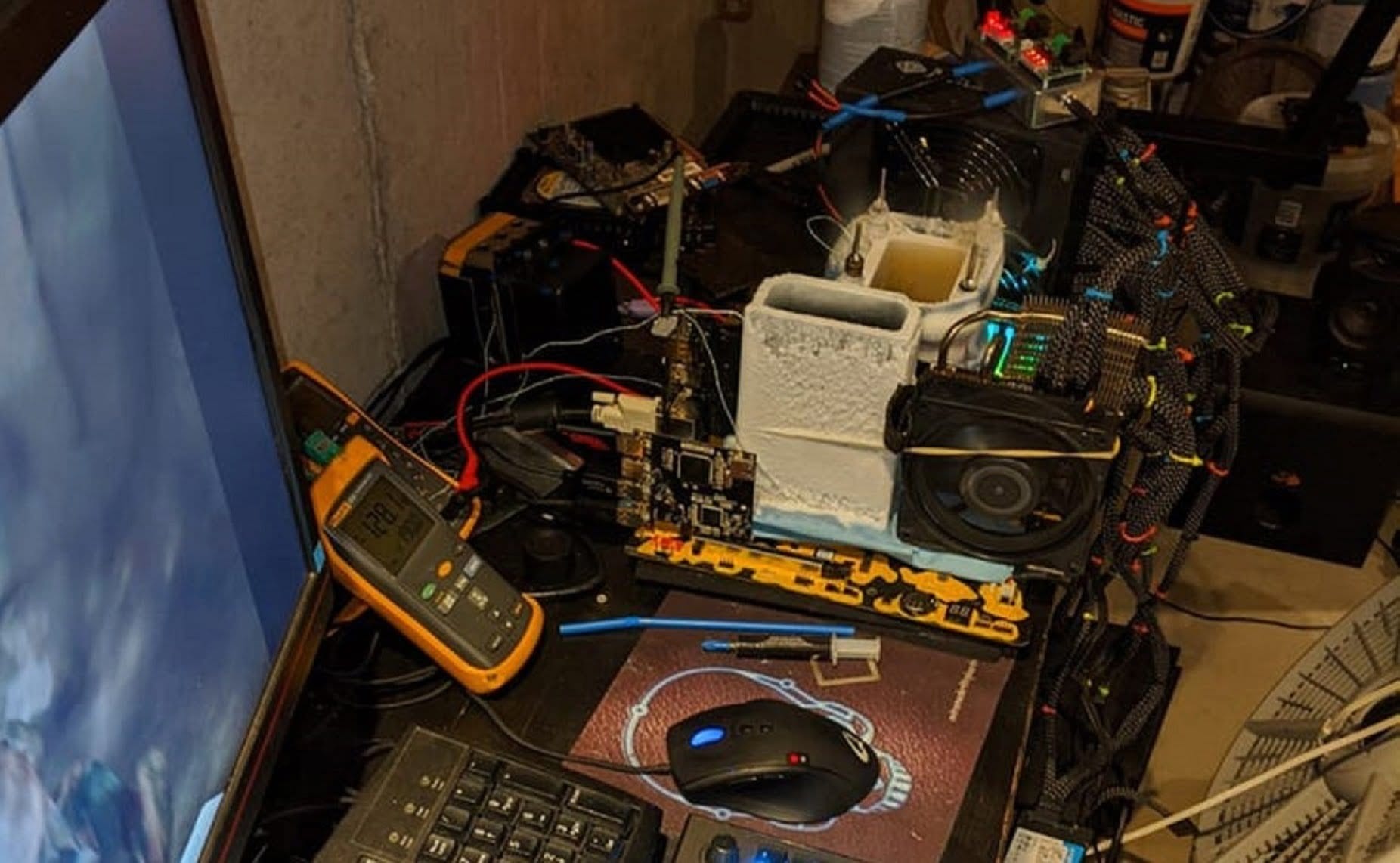 Just a couple of days ago we wrote that the famous American overclocker Splave scored two records in the ranks of the most popular in the past Radeon HD 5870 video card.

Even then, I noted that in many respects this merit belonged not to the forced HD 5870, but to the overclocked Intel Core i9-10900K processor. However, in that situation, the chip was cooled only by the water cooling systems and its frequency was relatively low 5300 MHz.

Today, the American decided to use liquid nitrogen as a cooling system and overclocked the Core i9-10900K chip to a more impressive 7200 MHz. At the same time, the Radeon HD 5870 video card operated at a frequency of 1575 MHz in the core, 5400 MHz in the GDDR5 video memory, and was also cooled with liquid nitrogen.

With such overclocking of the processor and video card, Splave was able to complete the 3DMark 2003 benchmark and get 138,091 points: