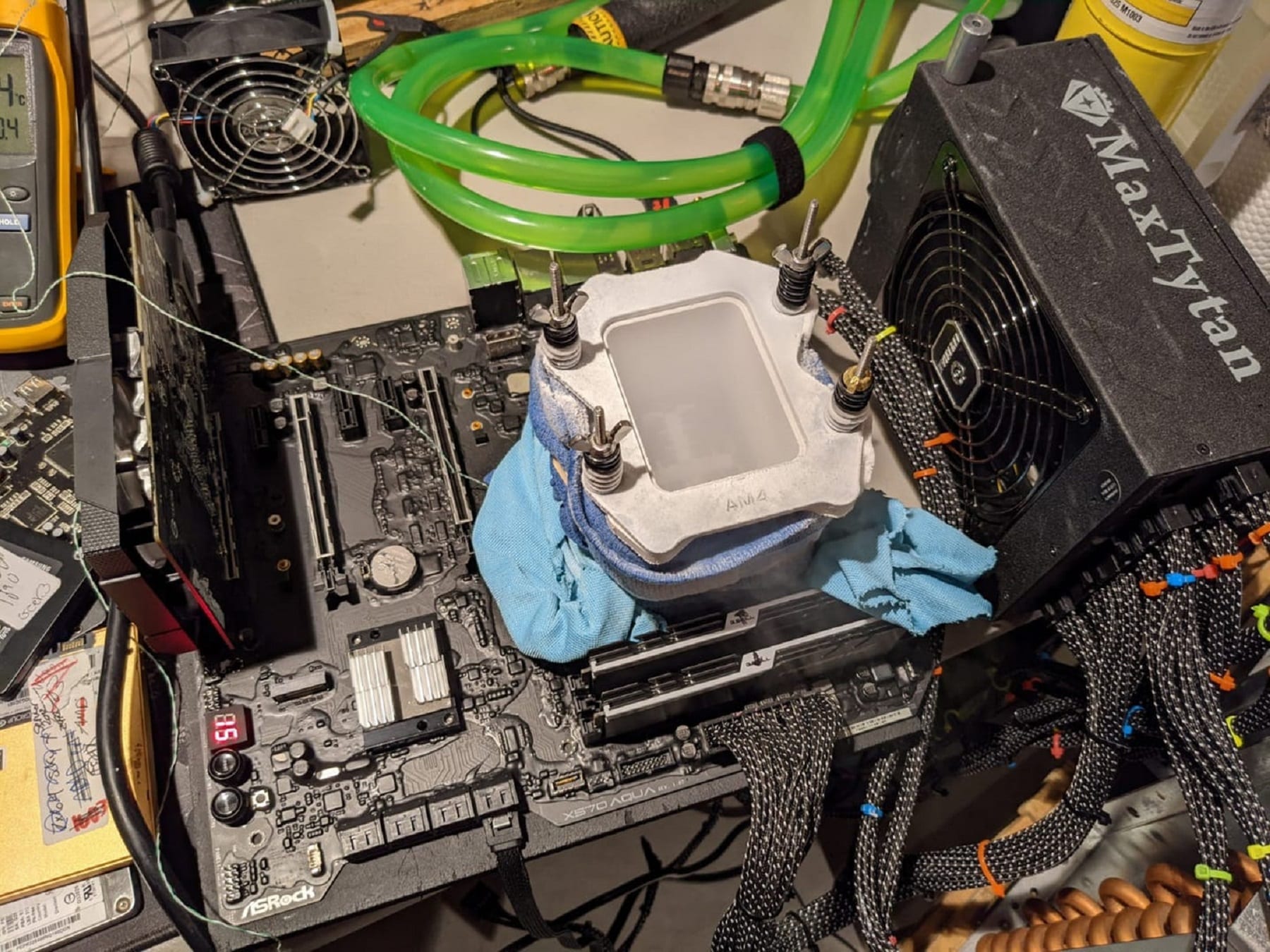 And three days have not passed since the last triumph of the American enthusiast Splave, where he was able to conquer the 10-core rank with the help of an overclocked Intel Core i9-10900KF chip. And today, Splave has delighted the overclocking community with its next high-profile record. This time, the American target was a 16-core, 32-thread processor from AMD Ryzen 9 3950X and wPrime – 1024m discipline.

By cooling the chip with liquid nitrogen, the enthusiast was able to overclock all 16 cores of the Ryzen 9 3950X to 5625MHz and successfully complete the relatively heavy version of the wPrime – 1024m benchmark with 26 seconds 685 milliseconds:

Such a high result brought Splave first place in the rank and gold in the overall 16-core rank among any processors with 16 cores:

Oct 15, 2020Cath
David Cage: Many developers will opt for ray tracing and 1080p over traditional lighting and 4KAssassin's Creed Valhalla system requirements turned out to be much more democratic than Watch Dogs Legion