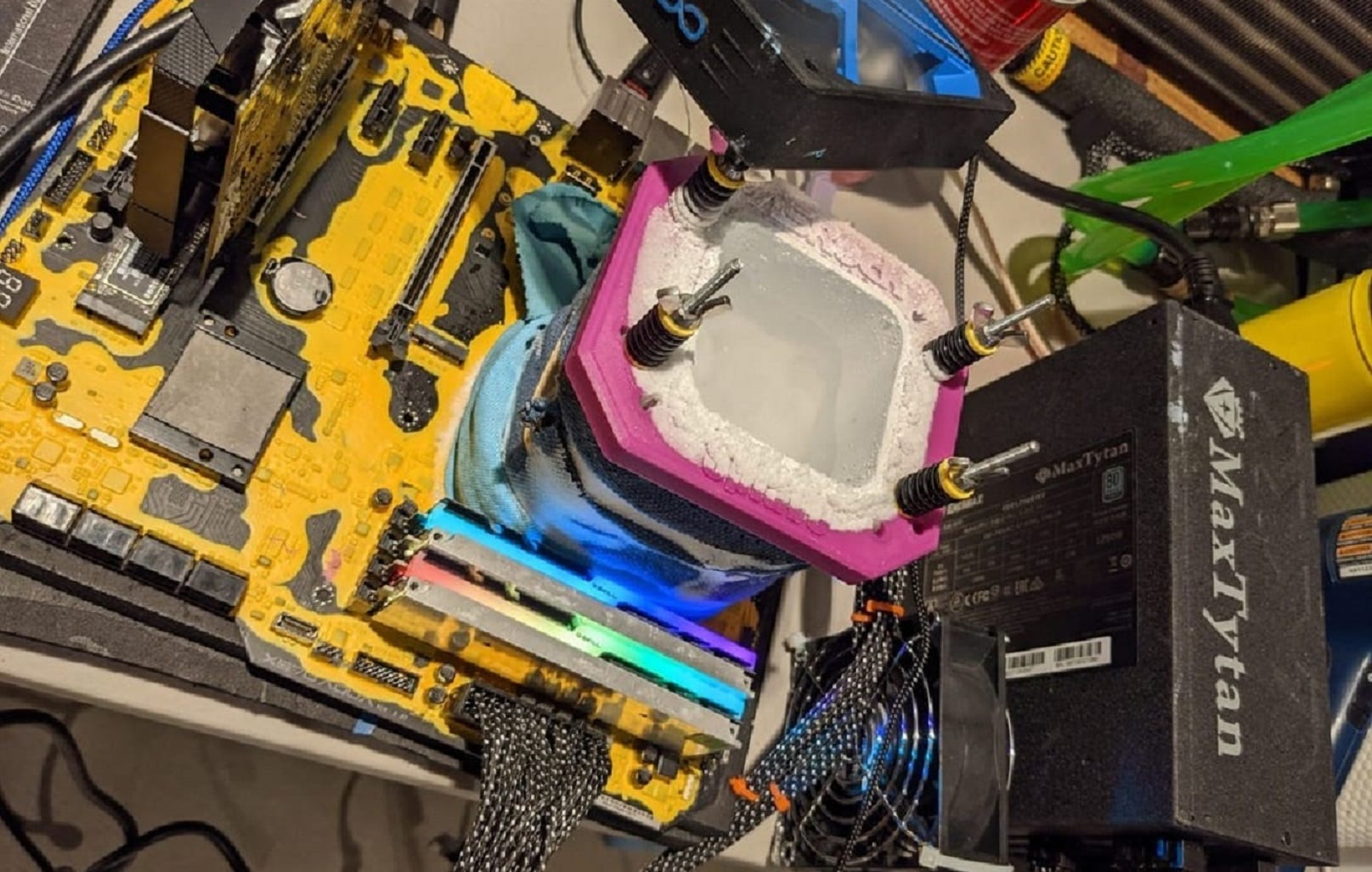 American overclocker Splave set two records in the discipline HWBOT x265 Benchmark – 4k: The enthusiast got gold in the Ryzen 7 5800X processor rank, and also became the first in the overall 8-core rank.

As a cooling system, Splave used the usual liquid nitrogen, which helped the enthusiast overclock the Ryzen 7 5800X to a very impressive (by the standards of Zen 3 architecture) frequency of 6000 MHz and successfully complete the HWBOT x265 Benchmark – 4k benchmark with 28.555 fps:

And if the first place in the rank of the Ryzen 7 5800X processor may not impress everyone, then gold in the 8-core rank, where you have to compete with the fresh high-frequency Intel Core i9-11900K and Core i9-11900KF chips, is delightful and looks amazing:

READ MORE: Rbuass sets one of the first records in the NVIDIA GeForce RTX 3080 ranks

Jun 3, 2021Cath
NVIDIA GEFORCE RTX 3070 TI TESTS AT THE ASHES OF THE SINGULARITY BENCHMARK Appeared on the networkIN THE EPIC GAMES STORE YOU CAN GET THE FROSTPUNK GAME FOR FREE