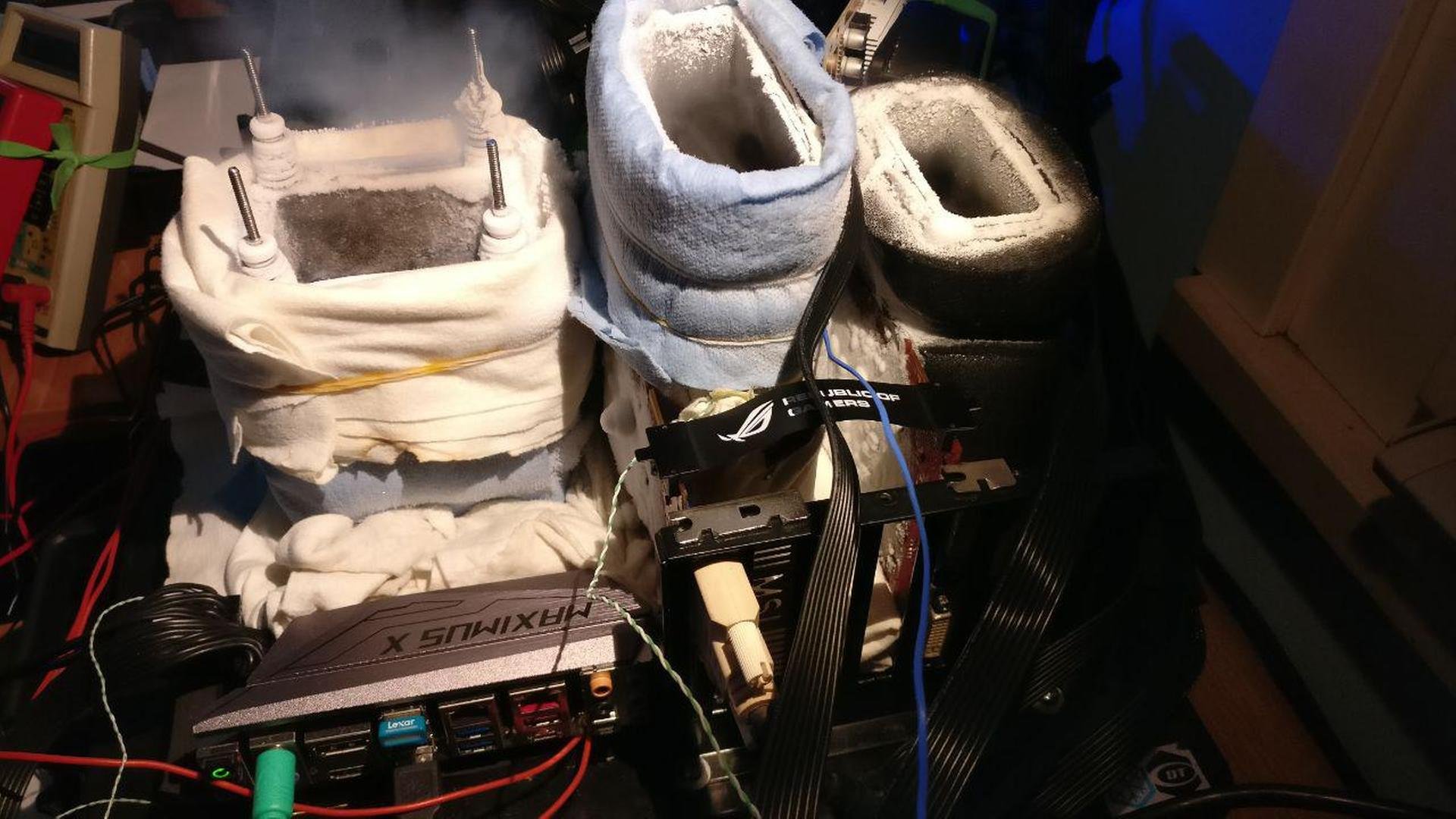 Judging by today’s results, we are planning a retro day. Italian enthusiast xMec took first place in the rank for the Crossfire-bundle of two Radeon HD 4870s in the 3DMark 2005 discipline:

In general, of course, the Core i7-8700K processor, which was overclocked to an impressive frequency of 7000 MHz, is more responsible for such a high result.

There is an extremely simple explanation for this, which I have already given in one of the previous materials, but it is better to repeat myself:

Outdated benchmarks such as 3DMark 2005 can effectively use only one core/thread in graphics tests and up to six cores/threads in a CPU test. Thus, for the same 3DMark 2005, even the Core i9-9900K becomes not such an interesting processor as, for example, the Core i7-8700K used in this record.

Judging by the Device-ID, the Italian used video cards of the reference design, however, produced at the facilities of ASUS. On top of that, we cannot say that the video cards were overclocked. The frequencies of the chips were 800MHz (+ 6.67% to the base frequency), and the video memory was 4000MHz (+ 11.11% to the base frequency). And there is nothing strange in this, and I described the reasons above.

Of the components that xMec used to achieve its record, we only know the Core i7-8700K processor overclocked to 7000MHz, the ASUS ROG Maximus XI Apex motherboard and the G.SKILL Trident Z RAM with two 8GB sticks.