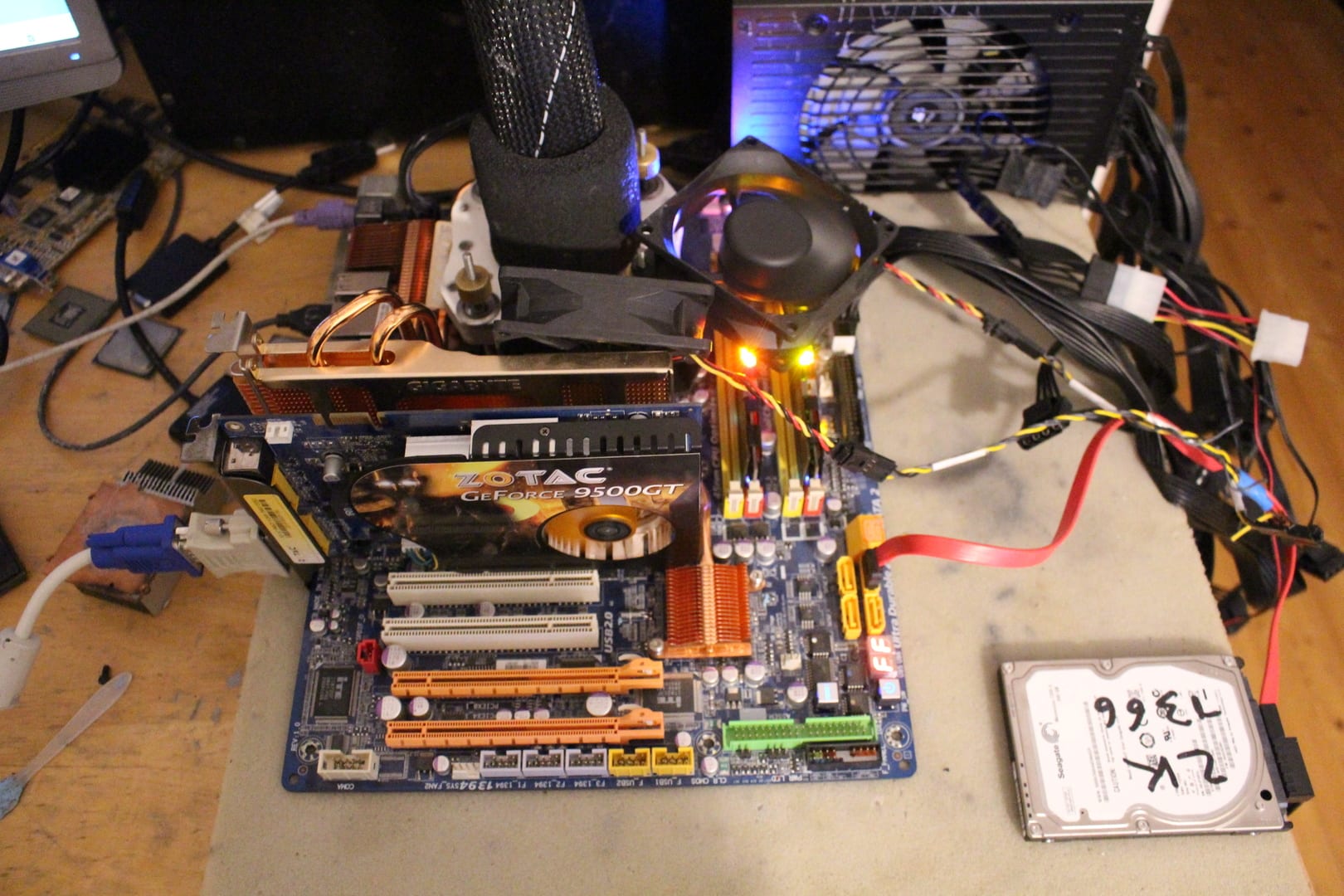 And a day has not passed since the last publication of the Austrian TAGG, as he again pleased the overclocking community with two very good results on the LGA 775 platform. However, a lot has changed since yesterday: First, the place of the subject was taken by a quad-core Intel Core 2 Quad Q9550 processor (there was a Celeron 430) and secondly, the motherboard was replaced by GIGABYTE GA-EP45-Extreme (there was ASUS Rampage Extreme).

When the Austrian got his hands on an extremely successful copy of “Yorkfield”, he overclocked it to 4505MHz (+ 59.19% to the base) and thus secured himself two gold medals in the Core 2 Quad Q9550 ranks in the wPrime – 32m and wPrime – 1024m disciplines.

The phase transition system was used as a cooling system. The TAGG test setup looked like this:

In addition, the overclocker separately reported the reason for changing the motherboard to a simpler one: The top board ASUS Rampage Extreme, which he previously used, “went into another world” during experiments. This was the reason why TAGG had to literally take a step back and switch to the GIGABYTE GA-EP45-Extreme, which is based on DDR2 RAM.