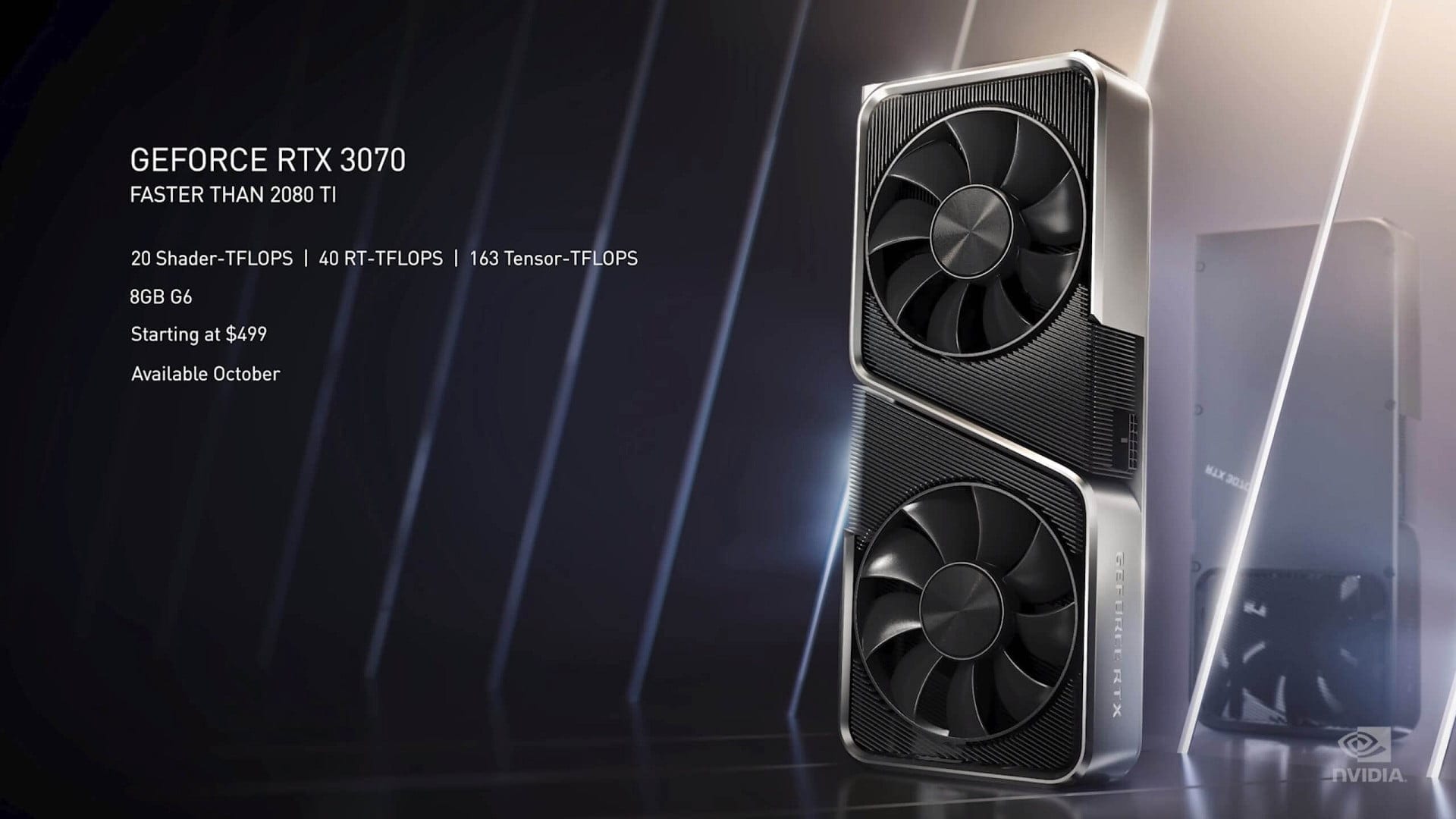 NVIDIA lifted the embargo on the publication of reviews of the mainstream GeForce RTX 3070 video card and the largest representatives of the specialized press laid out the results of their research for everyone to see: Jensen Huang did not deceive fans of his products, the performance of the GeForce RTX 3070 really turned out to be at the level of the more expensive GeForce RTX 2080Ti. Of course, it was not without a small fly in the ointment, which we will talk about a little below, but in general, given the price of the RTX 3070, the remaining advantages of the RTX 2080Ti trite fade against the background of a promising novelty. But first things first.

Let’s start with the fact that the tendency for the “seventies” cards to outstrip the past tops of the new generation is quite traditional and consistent for the “green giant”. This was the case with the GTX 670 and GTX 580, GTX 970 and 780Ti, and of course with the GTX 1070 and GTX 980Ti. Therefore, the words of Mr. Huang that the GeForce RTX 3070 will demonstrate a level of performance close to the RTX 2080Ti were not particularly surprising. Nevertheless, one of the last “seventies”, namely the RTX 2070, never reached the GTX 1080Ti (only the RTX 2070 SUPER managed to do this, but it was released much later), therefore, some of the enthusiasts still had little concerns relative to the final performance of the RTX 3070.

But Jensen Huang told the truth, except in scenarios where the RTX 3070’s 8GB video memory is critically lacking, the mainstream novelty shows an almost identical level of performance to the RTX 2080Ti.

In addition, they also measured the power consumption of some of the above cards:

Be sure to follow this link and check out the full RTX 3070 performance study, because the guys at WccfTech have done a tremendous job!

So, according to tests, the GeForce RTX 3070 graphics card fully fulfills the promise made by the head of NVIDIA. The novelty managed to catch up with the RTX 2080Ti while consuming significantly less power and having a much more modest size!

However, it should be noted that in some projects the RTX 3070 can slightly overtake the RTX 2080Ti, while in others it can be slightly behind. Which again, in general, speaks of the conditional parity between these two video adapters.

At the moment, at least before the release of competing adapters from AMD Radeon RX 6000 (and this will happen tomorrow, October 28), the NVIDIA GeForce RTX 3070 video card demonstrates an amazing and virtually unattainable level of performance for its price ($ 499). It is capable of delivering high frame rates for games at 1440p (and sometimes even 4K) while consuming relatively little power.

Oct 27, 2020Cath
Far Cry 6, Assassins Creed Valhalla, and many other Ubisoft games will run on PS5 and Xbox Series X at 4K/60FPSCyberpunk 2077 will not be released on time: the release date of the game was postponed for 21 days