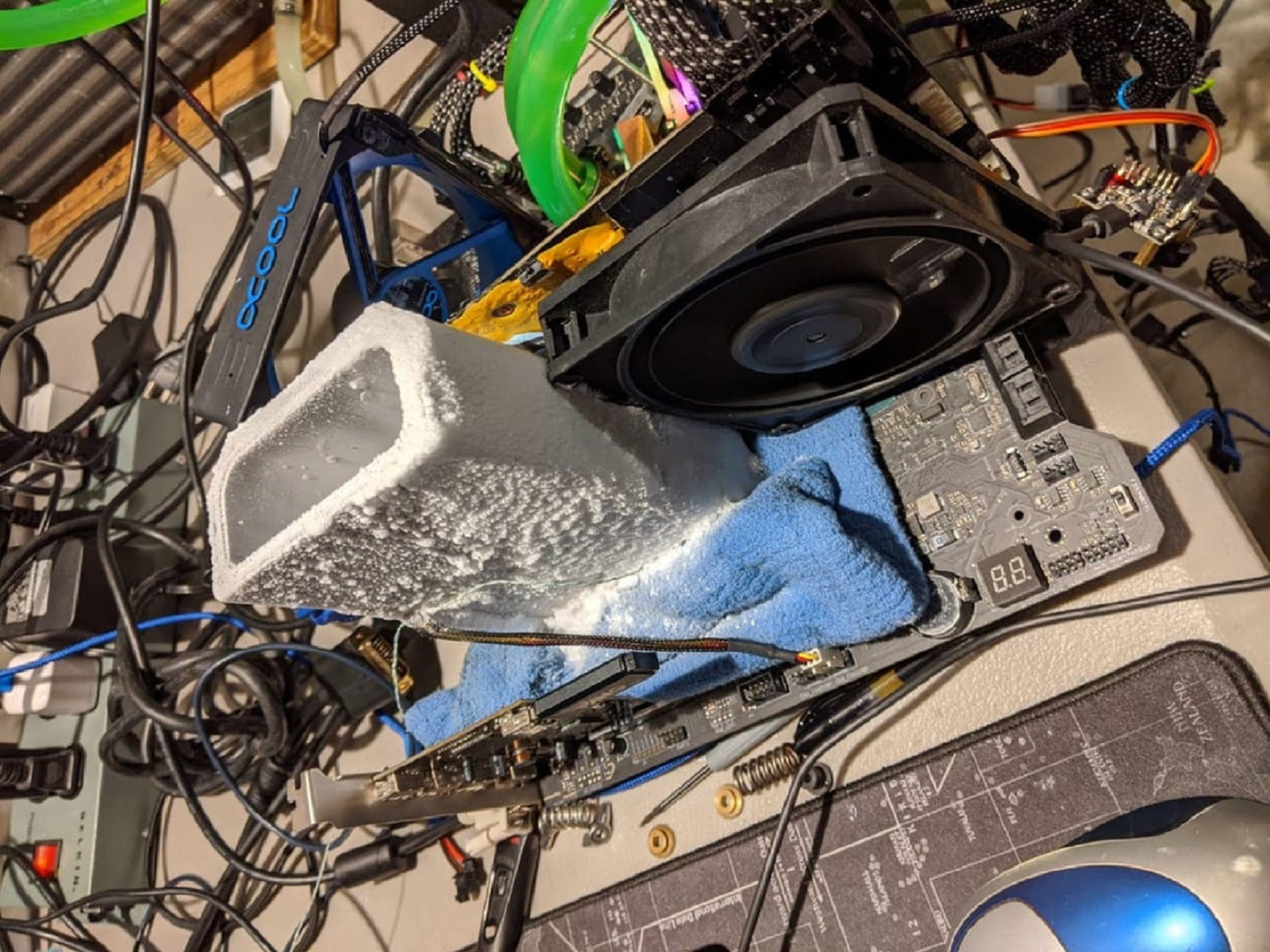 One of America’s strongest overclockers, Splave, posted his next major achievement today. The enthusiast got his hands on the most successful example of the NVIDIA GeForce GTX 680 video card performed by MSI, the N680GTX Lightning model, and with its help set a record in the GPUPI – 1B discipline of the GeForce GTX 680 ranks.
The chip of the card was cooled with liquid nitrogen and was overclocked to a frequency of 2103 MHz, and the GDDR5 memory to 7011 MHz.

The result was an impressive 30 seconds 999 milliseconds:

In addition, Splave had posted his modified bios for the N680GTX Lightning video card. So, if you have such a card in your hands and you have long wanted to experiment with extreme overclocking, you have a chance to use software from a professional. But remember that standard cooling is no longer suitable for such high voltages and frequencies.