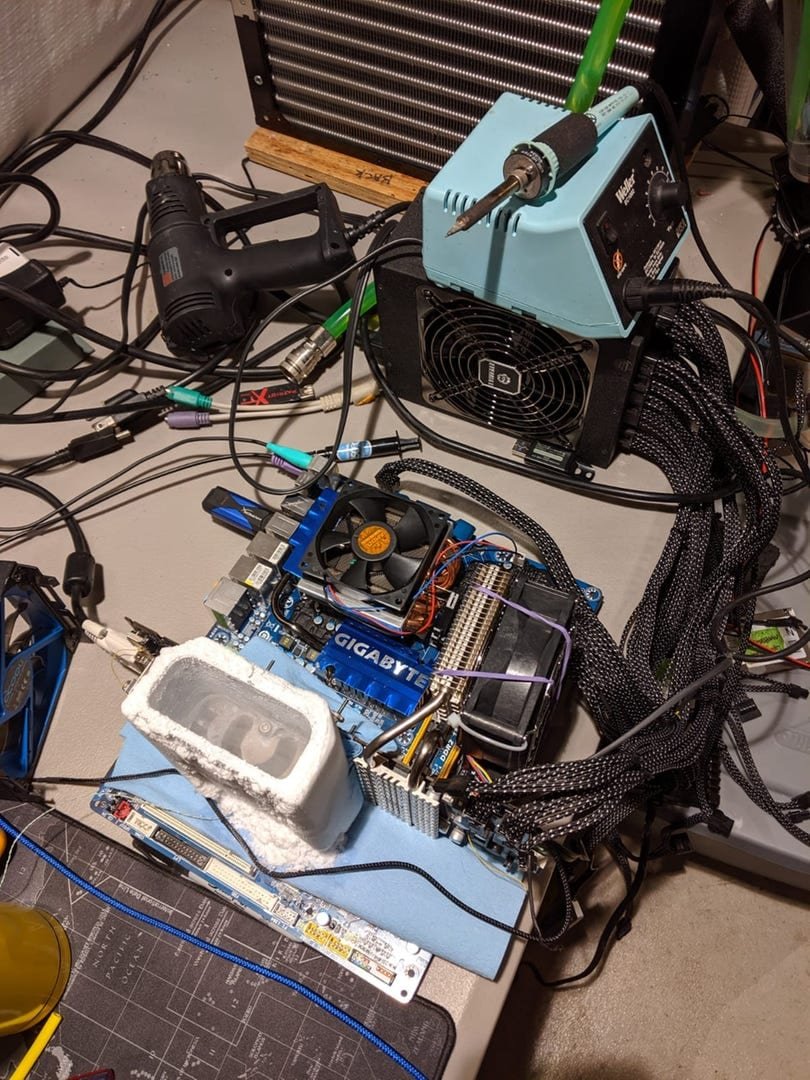 In my opinion, the performance of the American overclocker can only be envied. Over the past few weeks, Splave has taken over twenty golds in extremely difficult disciplines. In some of them, the competition is so high that the winners of the first place changed almost every day.

Nevertheless, Splave managed to gain a foothold even there for quite a long time. Judging by today’s result, the American decided to relax and with little blood “squeeze out” several first places in the calmer model competitions.

For example, gold in the GPUPI – 1B discipline for the model offset of the ATi Radeon HD 5870 video card:

The video card was cooled using a liquid nitrogen (and of course by the LN2 itself) and was overclocked to frequencies of 1650/1250 MHz (GPU / GDDR5).

It is difficult to say whose production the video card was used. It is quite possible that this was a reference because if my memory serves me (and Cypresses, for a moment, this is 2009), quite a few HD5870s supported the softvoltmod, which means that there could well be problems with the hardvoltmod.

For example, the same screenshot of GPU-z reports about the AMD / ATi “sub-vendor”, but this may mean that the BIOS from the reference model is wired into the video card.

Of the rest of the components used in the test setup, I would like to note the Core 2 Duo E8400 operating at stock frequencies, the Gigabyte GA-EP45-UD3P motherboard, and 1GB of DDR2 RAM manufactured by Crusial.

Now Splave is in the first places both in career rank and in the 2019 league, and it seems that the gap from the closest pursuers is quite impressive, however, no one can guarantee that there are no aces up the sleeve.

Often, experienced overclockers keep in reserve a few extremely “weighty” results, so that if their records are broken, they can quickly regain their lost positions. It is for this reason that the American should not relax.