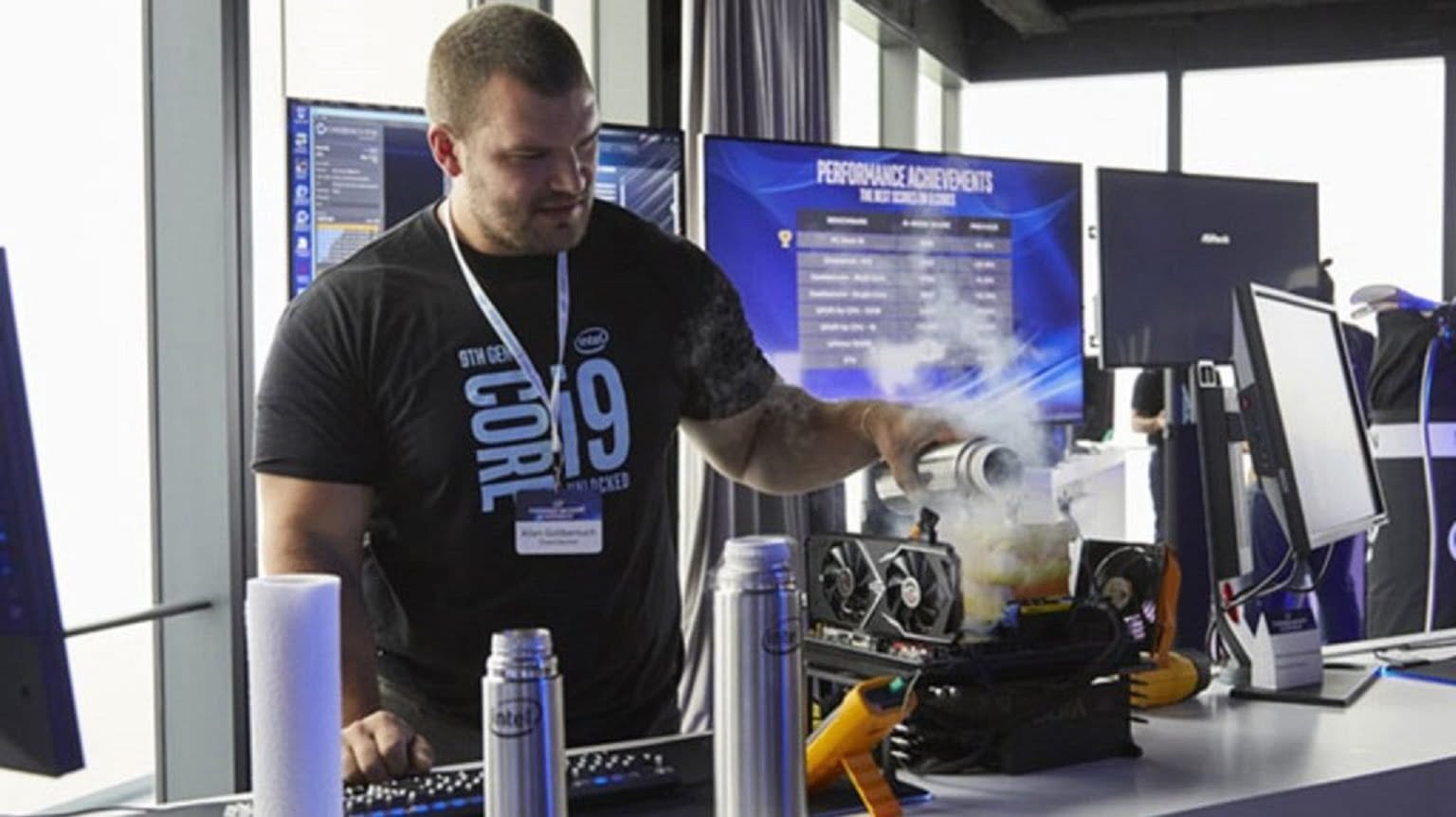 Over the past week, I have already begun to curse myself for talking about the great productivity of the American enthusiast, because since September 29, Splave has not published a single result.

And in general, during the week, after several global events, the main page of the HWBot website did not show any serious achievements.

So today, having brewed coffee, I went to HWBot without much enthusiasm. And how gratifying it was to see several first places from Splave on the front page, and even on Radeon HD 6950!

The first gold was won for the American in the current rank of the Radeon HD 6950 video card of the 3DMark Vantage benchmark:

To achieve high performance in this test suite, it is not enough just to overclock the video card. The final score is also influenced by the CPU performance.

The second record, also in the current rank, was set by Splave in 3DMark 2011:

Here, the enthusiast was no longer able to force the processor to pass the test at 5000MHz and Splave was limited to 4898MHz. HD 6950 frequencies have not changed and again amounted to 1300/6600 MHz.

Unfortunately, the American did not change his habits and once again did not indicate practically any components used in the test setup. But the saddest thing is that he did not indicate which of the ASUS video cards he used for the record.

In addition to the already known processor and video card, Splave used the ASRock X299 OC Formula motherboard typical of its records on the LGA2066 platform.

The rest of the components remained unknown.