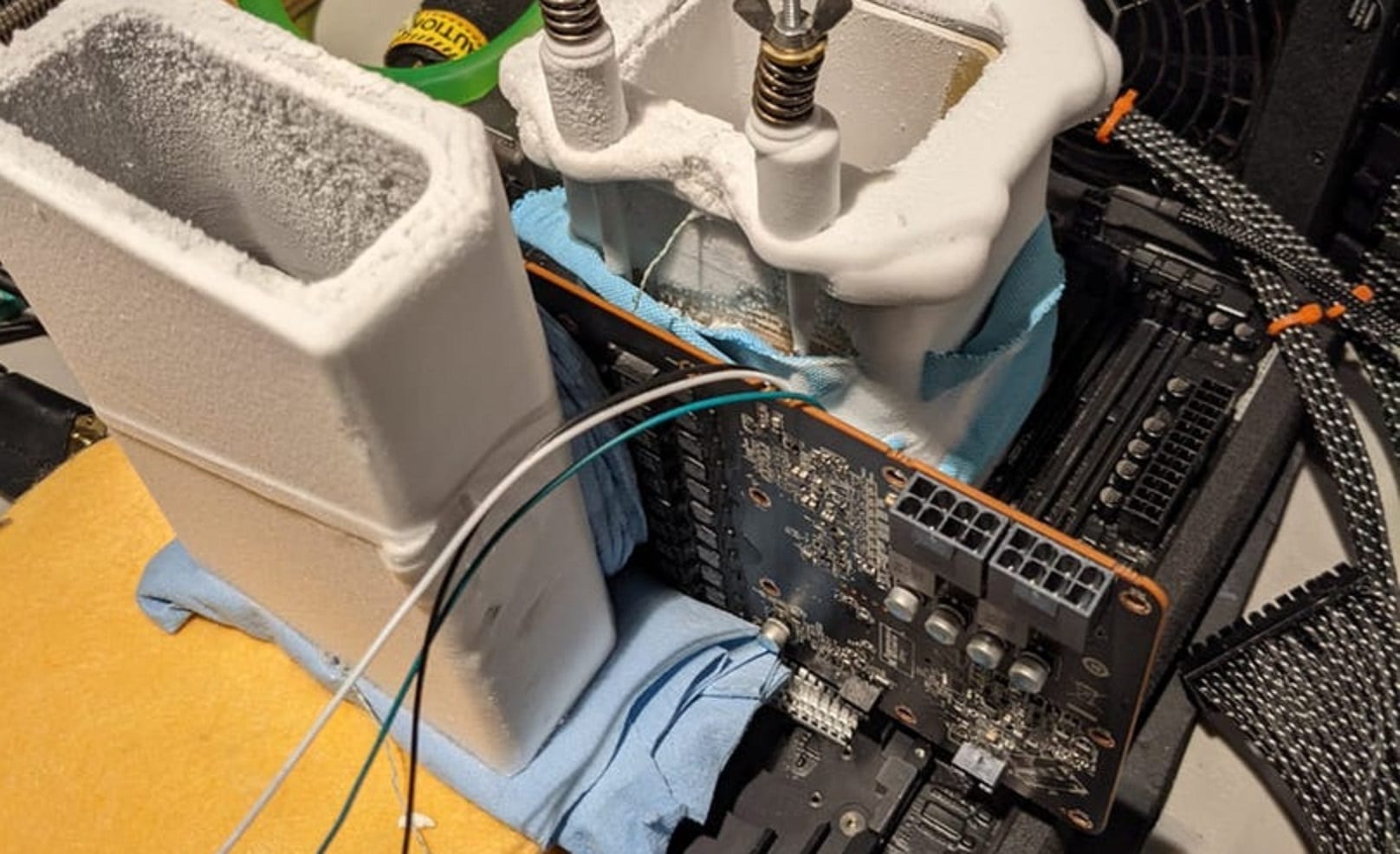 A few days ago, or to be more precise, on December 30, we described a couple of records for the American overclocker Splave. Then he was able to boast of two very serious results in the rank of the top AMD Radeon RX 6900 XT card. Nevertheless, often, enthusiasts do not stop there and try to surpass their own results. With which, it should be noted, Splave coped excellently:

If in the last bench session the video card was content with relatively “weak” overclocking at ~ 2700 MHz for the GPU and ~ 17000 MHz for the GDDR6 video memory, this time the overclocker squeezed a much higher frequency out of the Radeon RX 6900 XT: 2850/17040 MHz. It is noteworthy that in the case of the AMD Ryzen 9 5950X central processor, the frequency was, on the contrary, reduced from 5200 MHz to 4800 MHz. What is the reason – the overclocker did not report.

The GPU and CPU were cooled with separate liquid nitrogen beakers. The test result in the 3DMark – Fire Strike Ultra benchmark was 17775 points:

The result of this bench session was the first place in the rank of the video card of the same name, as well as gold among any single GPUs.