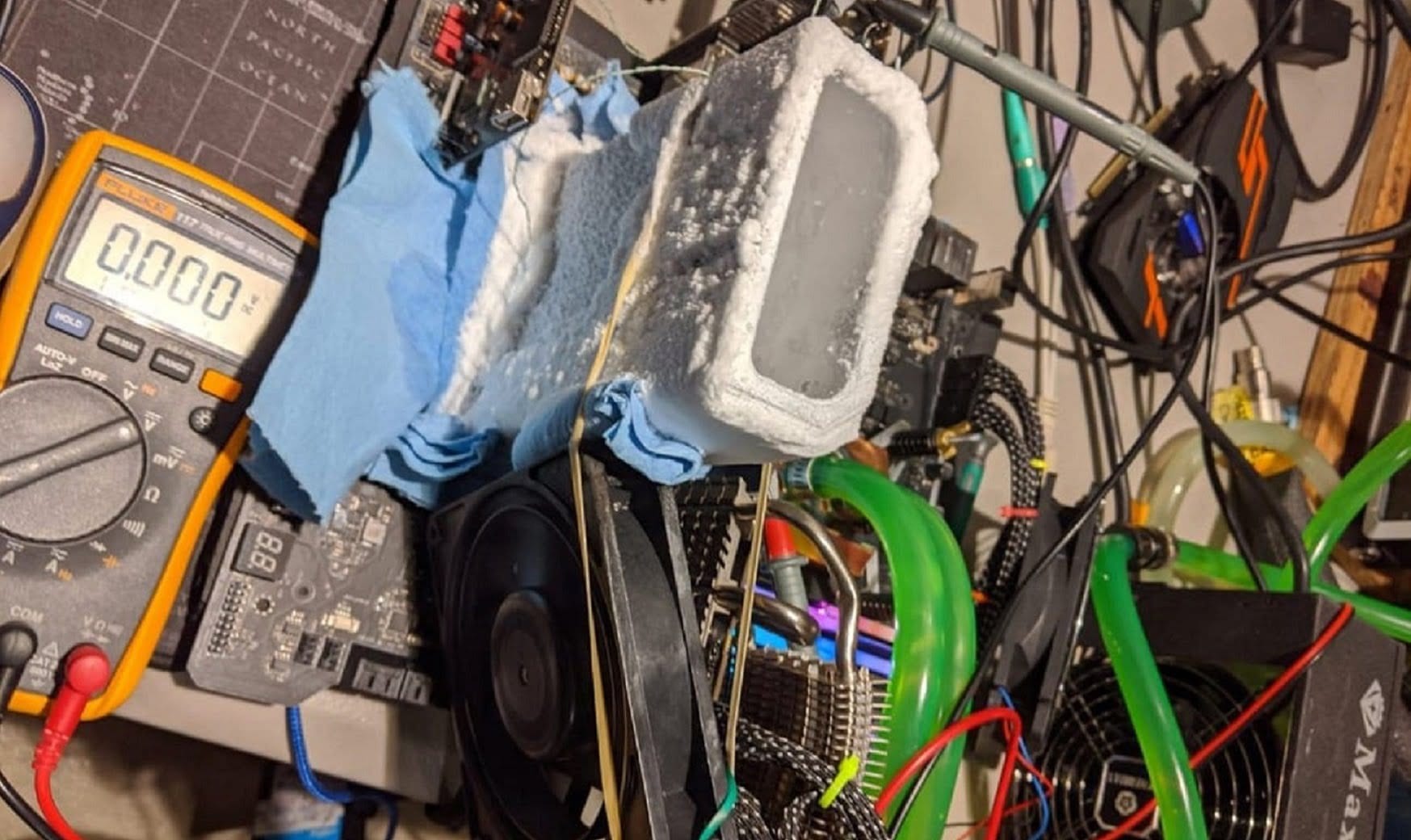 Today, the American overclocker Splave has surpassed its past achievements in the ranks of the popular AMD Radeon HD 5870 graphics card. It’s not hard to guess, especially considering the date the results were published, that the new chip from Intel Core i9-10900K helped the enthusiast in this.

With the help of a liquid cooling system, the processor was overclocked to a frequency of 5300 MHz. However, in the case of the Unigine Heaven – Xtreme benchmark, the CPU had only 8 cores, 8 threads active (probably HT technology and additional 2 cores worsened the results), and in 3DMark11 – Performance, the Core i9-10900K processor operated in its full configuration of 10 cores, 20 threads and was overclocked to the same 5300 MHz.

The frequencies of the video card for the passage of Unigine Heaven – Xtreme were considerable 1400 MHz in the core and 5400 MHz in the memory, and for the relatively “light” 3DMark11 – Performance they grew a little more and were at around 1440 MHz GPU and 5400 MHz GDDR5. In the case of the AMD Radeon HD 5870, the American preferred to use liquid nitrogen for overclocking.