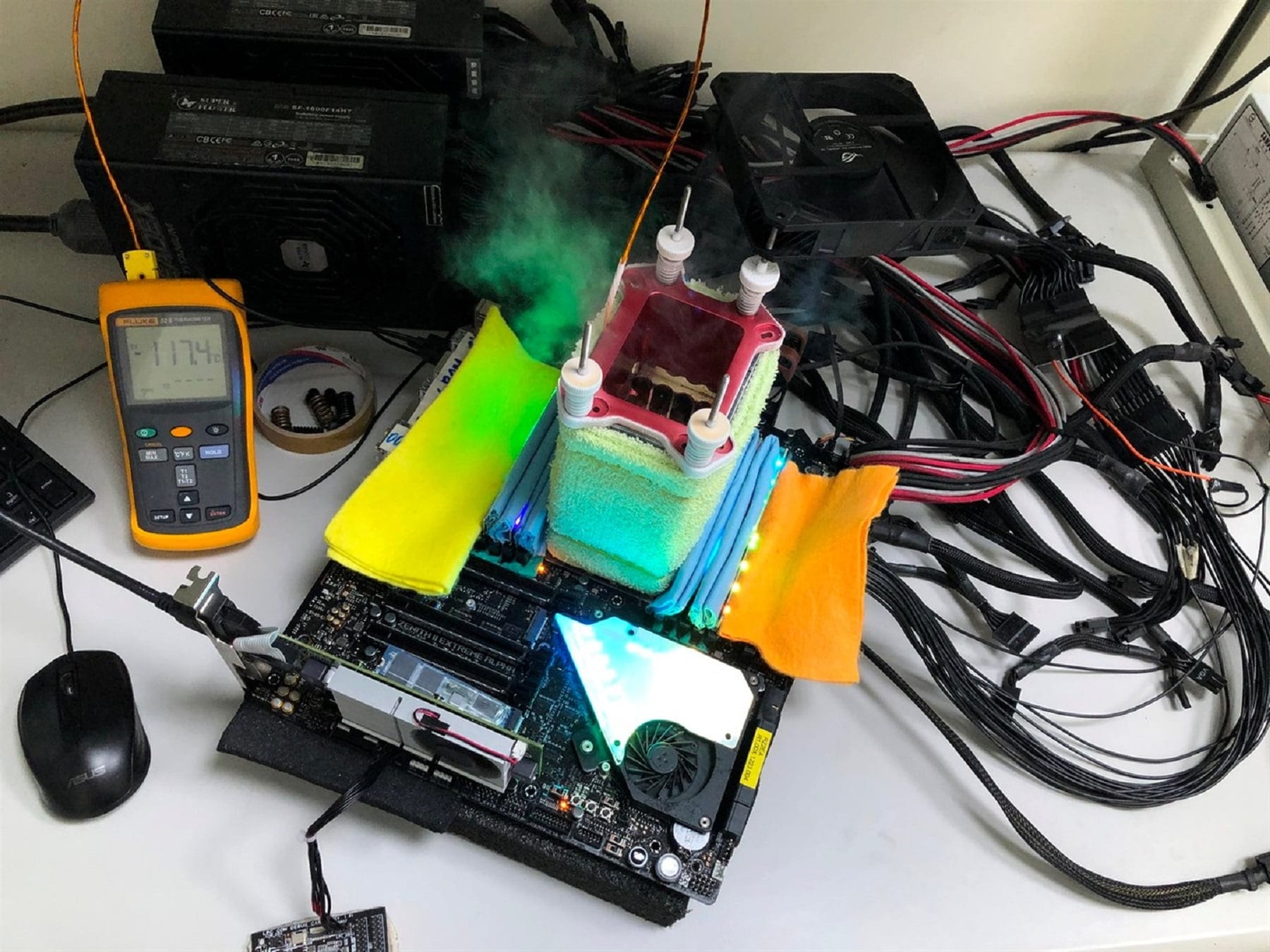 And if the Korean enthusiast under the pseudonym safedisk was able to get only gold in the 64-core and current ranks, then the American Splave set an absolute record among processors with any number of cores/threads!

In the case of a Korean overclocker, the chip operated at a frequency of 5056 MHz, and the final result of this bench session was the first two places in the HWBOT x265 Benchmark-4k discipline with 95.531 frames per second:

The safedisk’s test setup consisted of the following components:

The American enthusiast decided to take a different path. For his experiments, he chose the relatively lightweight discipline (for such multi-core monsters) wPrime – 1024m and overclocked the Ryzen Threadripper 3990X to an impressive frequency of 5400 MHz, he took absolute superiority in all counts:

Once again, Splave did not indicate the components used for its record, and only by “fortune-telling” from the screenshots it was possible to find out the motherboard – it turned out to be ASRock TRX40 Taichi and RAM manufactured by G.SKILL with model number F4-3800C14-8GTZN (4 strips of 8GB with a total volume of 32GB).

It is certainly too early to judge by several results, but it is already becoming quite obvious that AMD was deliberately delaying the release of a 64-core processor. The Ryzen Threadripper 3990X processor does use some incredibly successful crystals, so we expect even more amazing results on new CPUs in the future.

Feb 9, 2020Cath
Configuring the RPCS3 emulator for Demon's SoulsKolby_Powers set a record in the Intel Core 2 Quad Q9550 processor rank at a frequency of 4709MHz