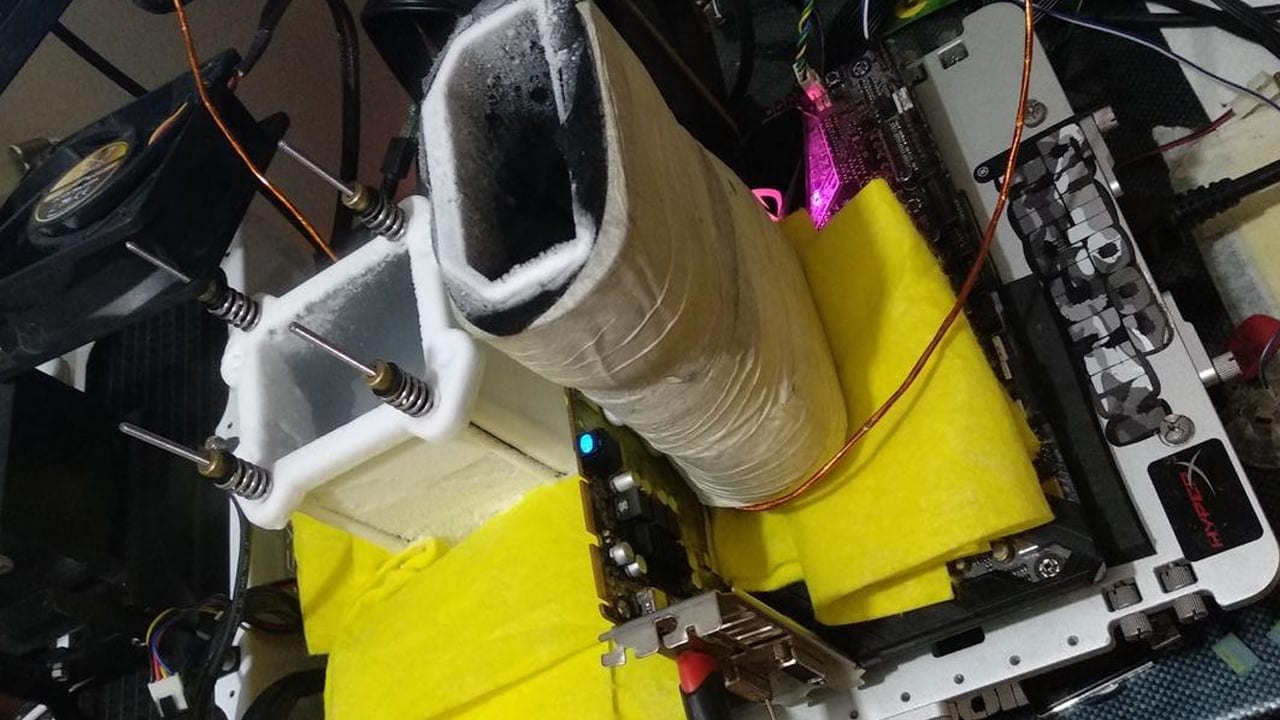 The enthusiast won the first gold in the current Radeon R9 280X video card rank of the 3DMark Vantage benchmark. For this, shar00750 overclocked the video adapter to a frequency of 1420MHz for the chip and 7240MHz for memory. The Core i9-9900KF central processor operated at 5898MHz:

In this case, the video card used in the test bench was identified, and it was ASUS R9 290 DirectCU II OC.

The rest of the components, except for the ASUS ROG Maximus XI Apex motherboard indicated by the overclocker itself, unfortunately could not be installed.