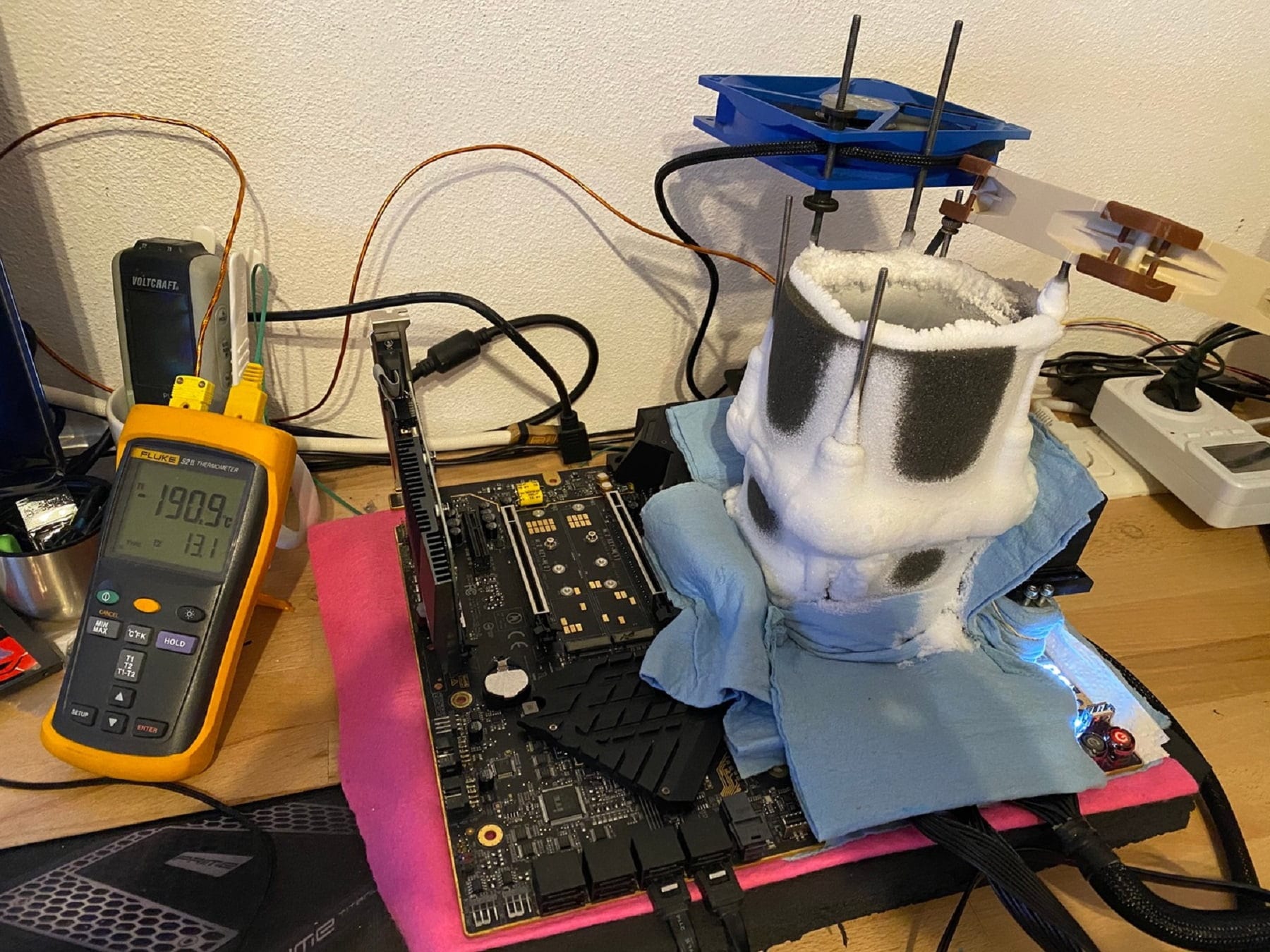 The first, as you might have guessed from the description of this news article, was gold in the Intel Core i9-9900KS rank, and the second, third place among any processors with eight cores.

Subjectively, of course, but the second achievement, given the number of competitors (1218), looks much more impressive than the record in the Core i9-9900KS rank, where only 23 overclockers compete.

sergmann did not indicate the rest of the components, but, in any case, they would not have had any effect on the final result.