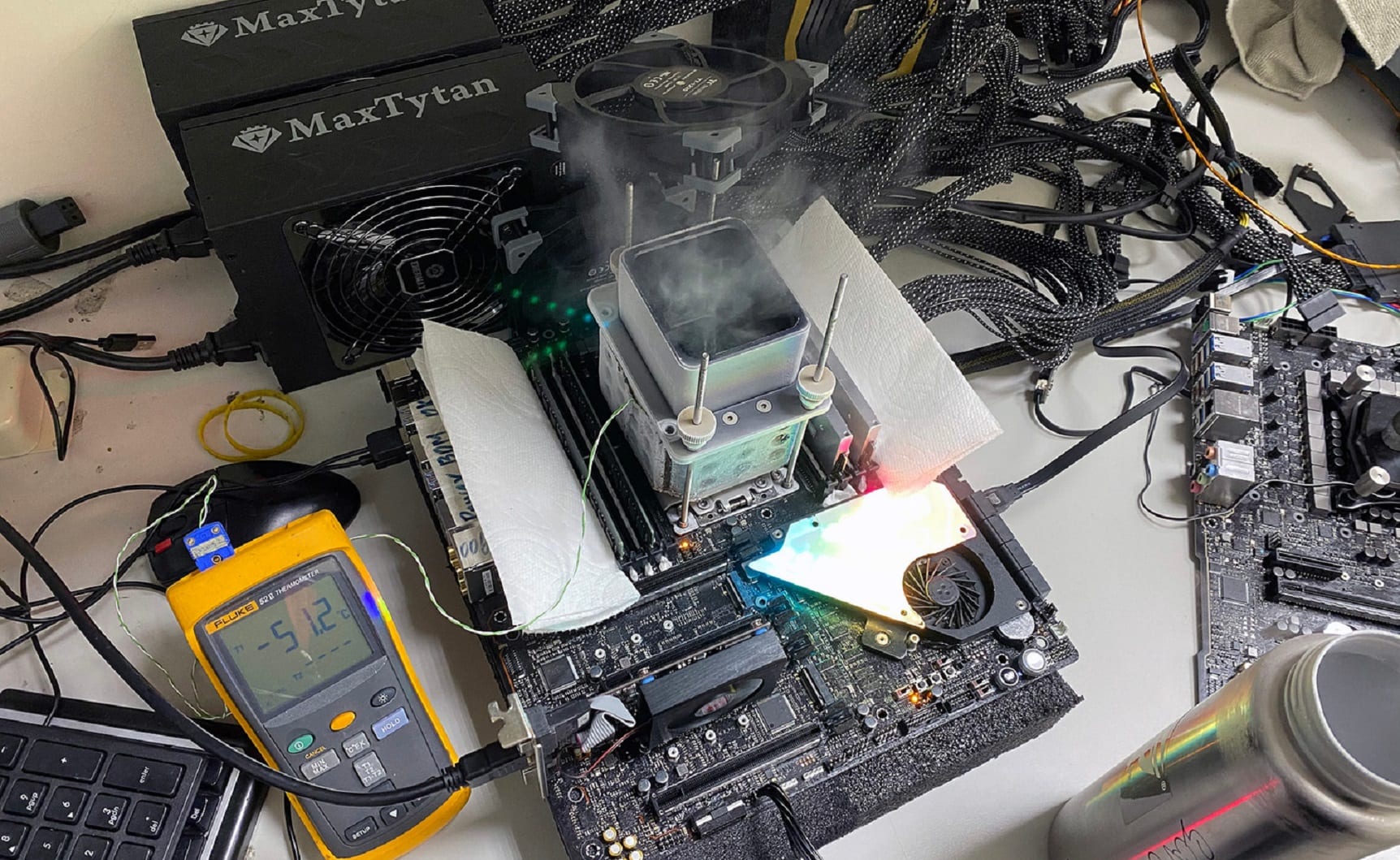 The Korean safedisk enthusiast scored two very good results using the overclocked AMD Ryzen Threadripper 3970X chip: the overclocker conquered the rank of the processor of the same name, as well as the overall 32-core rank.

The processor was cooled with liquid nitrogen and was installed in the top-end ASUS ROG Zenith II Extreme Alpha motherboard. The enthusiast used a fairly good set of four 16-gigabyte G.SKILL Ripjaws V rails as RAM, and the powerful 1250-watt Enermax MaxTytan power supply was responsible for powering such a gluttonous setup.

The result of the safedisk bench session was the result of 23817 points in Cinebench – R20:

The Korean test setup consisted of the following components:

If you take a closer look at the second photo, you will notice that when the 32-core chip was overclocked to 5400 MHz, the system consumed an impressive 933 watts. The final, if you believe the corresponding measuring device installed in the Enermax MaxTytan power supply.