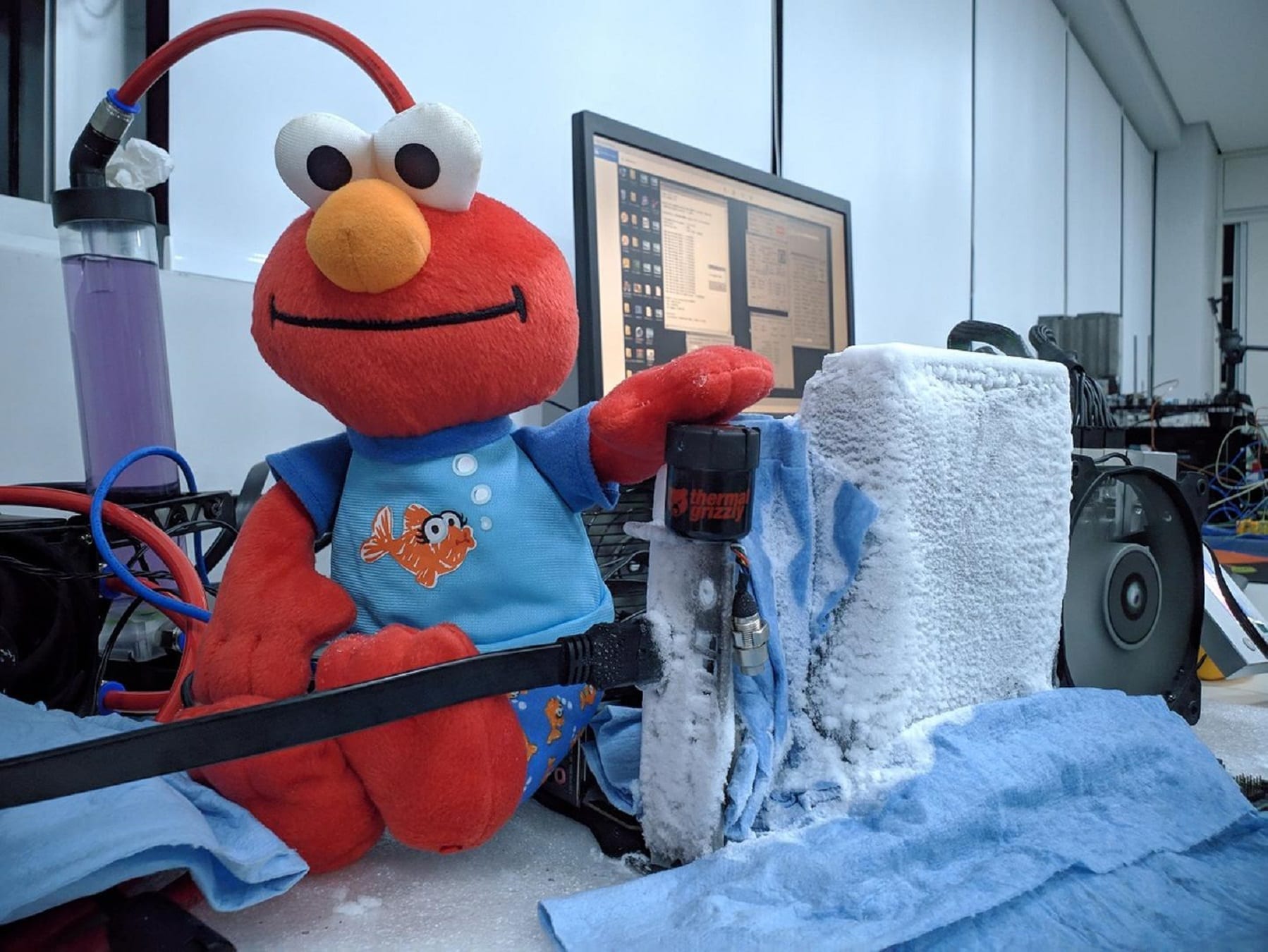 Brazilian enthusiast Rbuass put in his piggy bank two gold medals in the rank of the top-end NVIDIA GeForce RTX 3090 video card. As a test specimen, the overclocker used one of the best models of the aforementioned graphics adapter manufactured by GALAX with the code designation RTX 3090 EX Gamer White (1-Click OC).

The card was cooled with liquid nitrogen, thanks to which the overclocker managed to overclock the GPU to 2560 MHz, which is actually 80% more than the base frequencies. The GDDR6X video memory did not undergo significant overclocking: its frequency increased by only 11% and amounted to 1360 MHz (effective 21760 MHz).

Little is known about the test setup-record holder: the only thing that we managed to find out is that the top-end video card company was no less top-end, the 16-core Ryzen 9 5950X monster, overclocked to 5300 MHz, and the ASUS ROG CROSSHAIR VIII HERO motherboard.