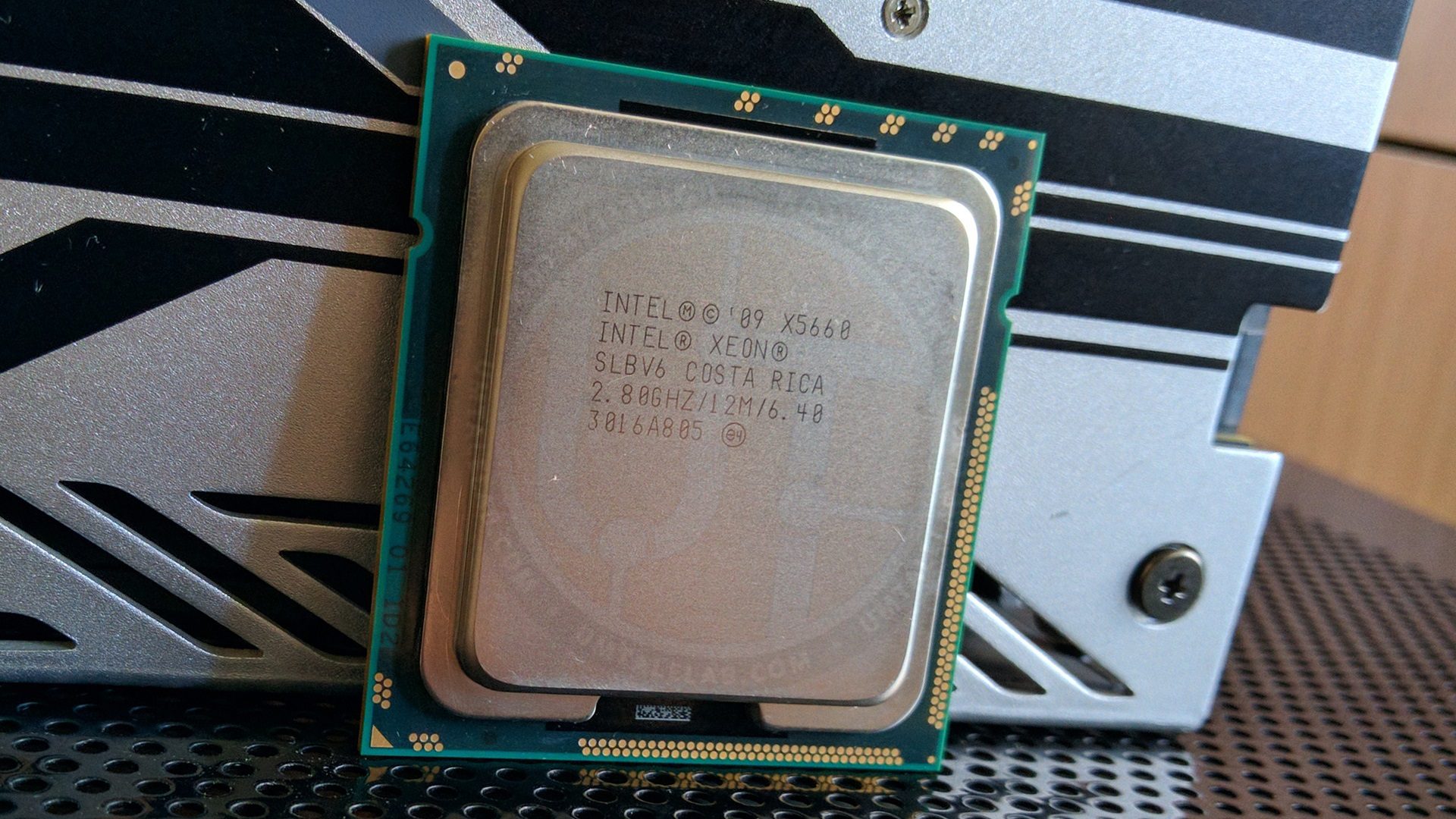 In this article, we will continue to study the overclocking potential of the LGA 1366 platform processors. Next in line is the 6-core, 12-thread Xeon X5660 chip.

At the very beginning of the “Chinese” renaissance of the LGA 1366 platform (2015-2016), this chip was not very popular due to its exorbitant price (relative to younger brothers), however, due to the X5660 having a relatively high multiplier, it aroused some interest among overclockers.

On paper, this looks very logical: the higher the multiplier, the lower it is necessary to overclock the BCLK bus. This, of course, has a positive effect on the stability of the final overclocking. However, is it really that important? Will the increased multiplier help the X5660 chip to take a higher frequency than its younger brother X5650? Let’s check it out.

Of the currently required technologies, the X5660 has only the SSE4.2 instruction set in its arsenal, but Westmere-EP does not have the vital AVX extension, which further reduces the relevance of this CPU.

The code name of the Intel Xeon X5660 chip is Westmere-EP (Westmere architecture – Nehalem shrink). Under the heat distribution cover of this CPU is one 32-nm six-core monolithic die of revision B1.

The Xeon X5660 processor has six cores, and twelve threads with a base frequency of 2800 MHz. The maximum turbo boost frequency for one core is 3200MHz, and for all six – 3066MHz. During idle times, the frequency of the test subject can drop to 1600 MHz, which can significantly save energy.

The chip has at its disposal 256KB of L2 cache per core and as much as 12MB of total L3 cache.

The memory controller and L3 cache of the Westmere-EP should run at 2667MHz, but for some reason, the ASUS Rampage II Gene motherboard defaults to 2133MHz, which is more typical of first-generation Core i7 processors than X-series Xeon chips. Let’s leave this decision on the conscience of ASUS engineers.

The base voltage of the processor should be at the level of 1.200-1.350 volts, but the ASUS Rampage II Gene motherboard again intervenes in the matter, which even with a single core boost up to 3200 MHz does not allow this parameter to go beyond 1.200 volts (checked with a multimeter).

Otherwise, fortunately, ASUS Rampage II Gene follows the Intel specifications: the X5660 chip works quite adequately with the officially declared three-channel DDR3 1333 MHz RAM (tested on three 2GB sticks, two 4GB modules were used for overclocking), and its TDP does not exceed 95 watts. And the last thing for Rampage II Gene is really a dogma. If on a conventional DELL T3500 motherboard, the chip passed the LinX test without dropping its frequency even by megahertz, then in our case, without disabling the “Turbo-boost power limit” parameter, the X5660 periodically reduced its frequency to 2933 MHz.

Thus, if you want to get maximum performance from your processor, it is still better to turn off the “Turbo-boost power limit” setting even if you are not going to overclock your CPU.

To begin with, let’s look at what our Xeon X5660 chip is capable of at the base voltages of the cores, RAM, and memory controller.

If you do not understand technical processes, generations of processors, and so on, do not despair. In order to find out what your CPU model is theoretically capable of, you just need to find out the code name of its core (in our case, it is Westmere-EP), after which, simply “google” the top model based on the same core.

The fastest 6-core processor codenamed Westmere-EP is the Xeon X5690. Its base frequency is 3466 MHz, turbo boost reaches an impressive 3733 MHz, which means that in theory (I repeat, in theory), our chip is also able to work stably at a frequency of 3.4-3.7 GHz at stock voltages.

But it should be understood that in our case, the base voltage of the X5660 is slightly lower than the official Intel specifications, therefore, we will take 1.230 volts as a standard and check what our CPU instance is capable of at this voltage value.

Overclocking without raising the supply voltage

At the base voltage values relative to the Intel specifications, the X5660 chip performed as badly as possible. It failed to break the 3700MHz mark, stopping at 3691MHz for the cores and 3049MHz for the Uncore part (QPI/DRAM Core/L3 cache). To be perfectly frank, these are terrible results.

Overclocking with raising the supply voltage

Personally, I was discouraged. No attempts to decrease/increase the QPI/Uncore multipliers, or other related voltages like CPU PLL or IOH, led to anything. After a little over 10 hours of testing, we found out that our chip is not able to function stably at a frequency of 4200 MHz even at a voltage of 1.420 volts.

However, it should be understood that overclocking is a lottery, and in fact, the test sample does not reflect the real picture of overclocking of all Xeon X5660 processors.

We bring to your attention express testing of the Xeon X5660 chip at a frequency of 3066MHz and 4057MHz in several games, benchmarks, and programs, as well as a comparison with the cheapest representative of the current budget LGA 2011v3 platform – Xeon E5-2620v3.

Summary table of X5660 test results in programs and benchmarks

The average performance increase among the benchmarks was ~36%, which is not bad because the clock speed was increased by only 32%. In addition, it is worth noting that in none of the seven benchmarks [email protected] could overtake [email protected]

In gaming tests, the average increase from overclocking was only ~32%, which, in principle, coincides with the increase in clock frequency, but against the background of software benchmarks, it looks a little less impressive.

Unfortunately, our copy of the Xeon X5660 processor turned out to be extremely unsuccessful. But speaking frankly, the achieved 4057 MHz is not the worst result. In fact, this is the lowest bar for overclocking 32-nm chips of the first wave, which we talked about in one of the previous materials on our site. Approximately 80-90% of all existing 6-core Westmere-EP processors will be able to “take” such a frequency (with the exception of very low-frequency CPUs). In our opinion, this is quite an acceptable result for an 11-year-old processor.

Well, at the end of the material, we can give a conditional answer to the question posed at the very beginning: no, the older processor model will not guarantee a higher overclocking potential only due to its position in the model range. It all depends on the luck of each particular instance of the CPU. However, it is worth clarifying that, in theory, choosing expensive models, the notorious chance of drawing out the cherished lucky ticket is slightly higher than that of cheap models with a low base frequency.

In our case, the weak overclocking potential can be attributed to the advanced age of the tested Xeon X5660 sample.

If this material was useful to you and you would like to see more similar articles on this resource, then please support our site on Patreon! The main goal of fundraising is to expand the component park and improve the quality of testing: replacing the HDD with a voluminous SSD, buying a capture card to reduce the impact of gameplay recording using ShadowPlay on the final results, and so on).