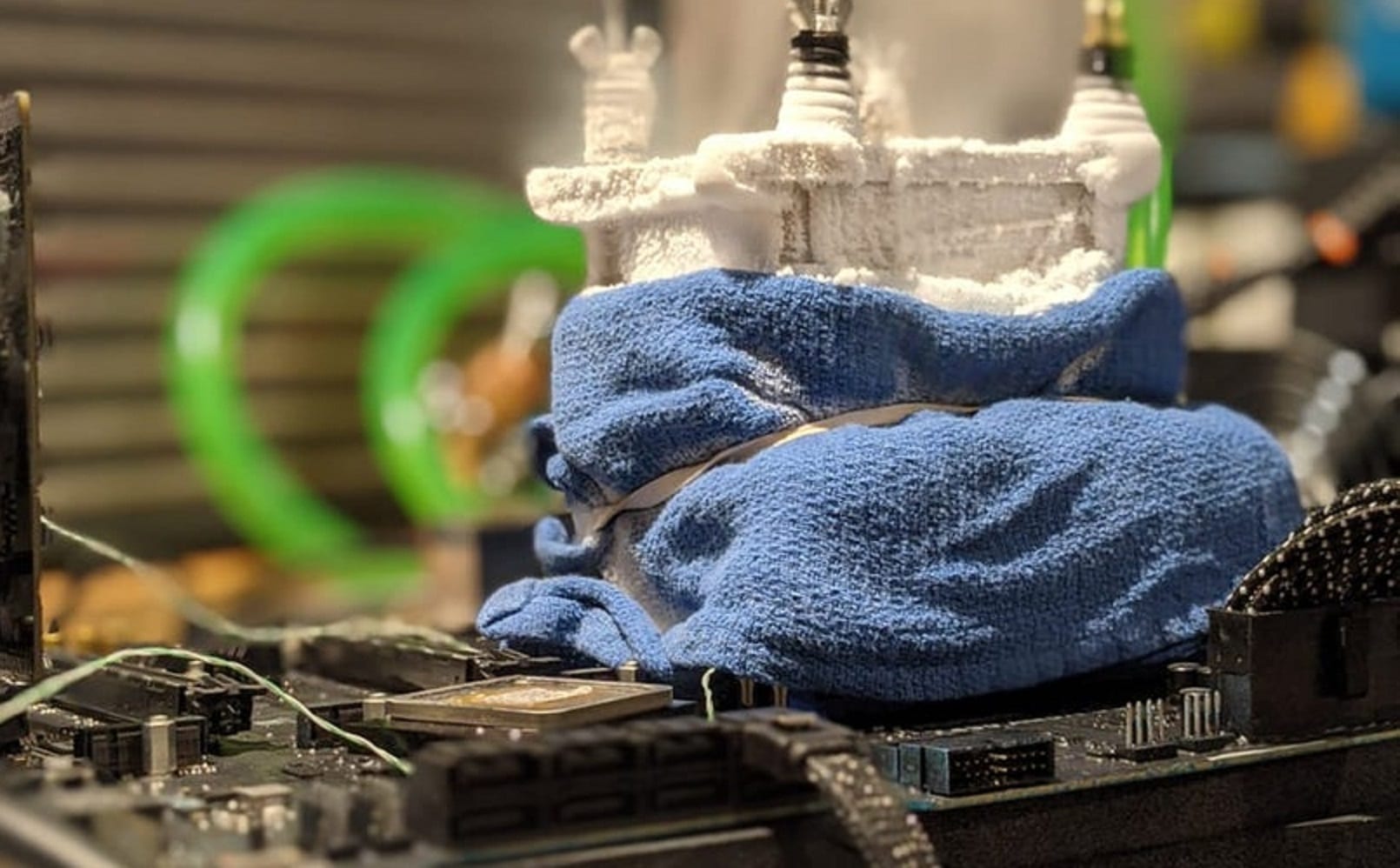 The American enthusiast Splave got his hands on an extremely successful sample of the top-end, 10-core, 20-thread Intel Core i9-10900KF processor (maybe even more than one) and arranged a fairly productive bench session, as a result of which the overclocker was able to set a couple of records in the discipline HWBOT x265 Benchmark – 4k.

To begin with, the American cleaned and aligned the base of the heat-distribution cover of his Core i9-10900KF copy to an ideal state, then applied the Thermal Grizzly Kryonaut Extreme thermal interface to it, after which, using liquid nitrogen as a cooling system, he overclocked the chip to a very high frequency – 6870MHz:

The result of CPU testing in the HWBOT x265 Benchmark – 4k was an amazing 31.747 FPS (the closest pursuer of the American, the Korean Safedisk scored 31.59 FPS). Thus, Spalve took first place in the Core i9-10900KF processor rank, and also, which is more significant, got a gold medal in its 10-core rank.