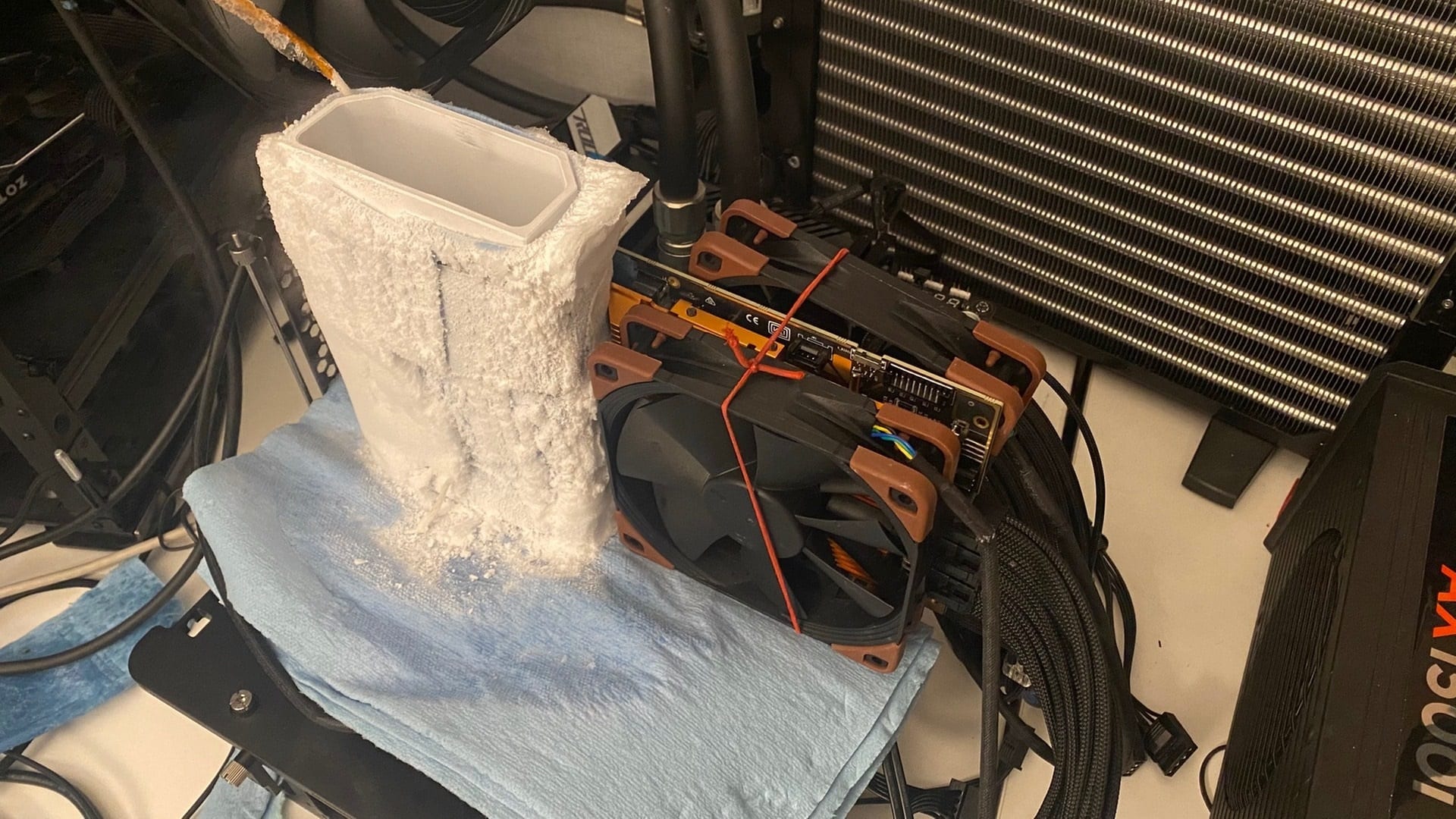 Korean overclocker biso biso scored two gold medals in the increasingly popular 3DMark – Port Royal discipline. The enthusiast climbed to the first place in the above-mentioned discipline of the GeForce RTX 3090 rank, and also became the first in the rank of single-chip video cards.

Unlike most overclockers who use the GALAX HOF OC Lab Edition GeForce RTX 3090 card for such bench sessions, biso biso chose the alternative EVGA GeForce RTX 3090 Kingpin Edition video card and this was the right decision.

This device has a very impressive element base: 23 phases are responsible for powering the video card, the printed circuit board has 12 layers, and only the best GPUs capable of operating at extreme frequencies are used as GPUs. Among other things, the card is cooled by a hybrid cooling system. However, in a specific case, this does not really matter, because, in this bench session, a glass of liquid nitrogen was responsible for cooling the video card.

May 23, 2021Cath
ASUS WILL RELEASE MOTHERBOARDS ON X570S CHIPSET WITH PASSIVE COOLING SYSTEM ALREADY IN THE THIRD QUARTERCONNECTOR AM5 WILL MOVE TO LGA TECHNOLOGY AND GET 1718 CONTACTS