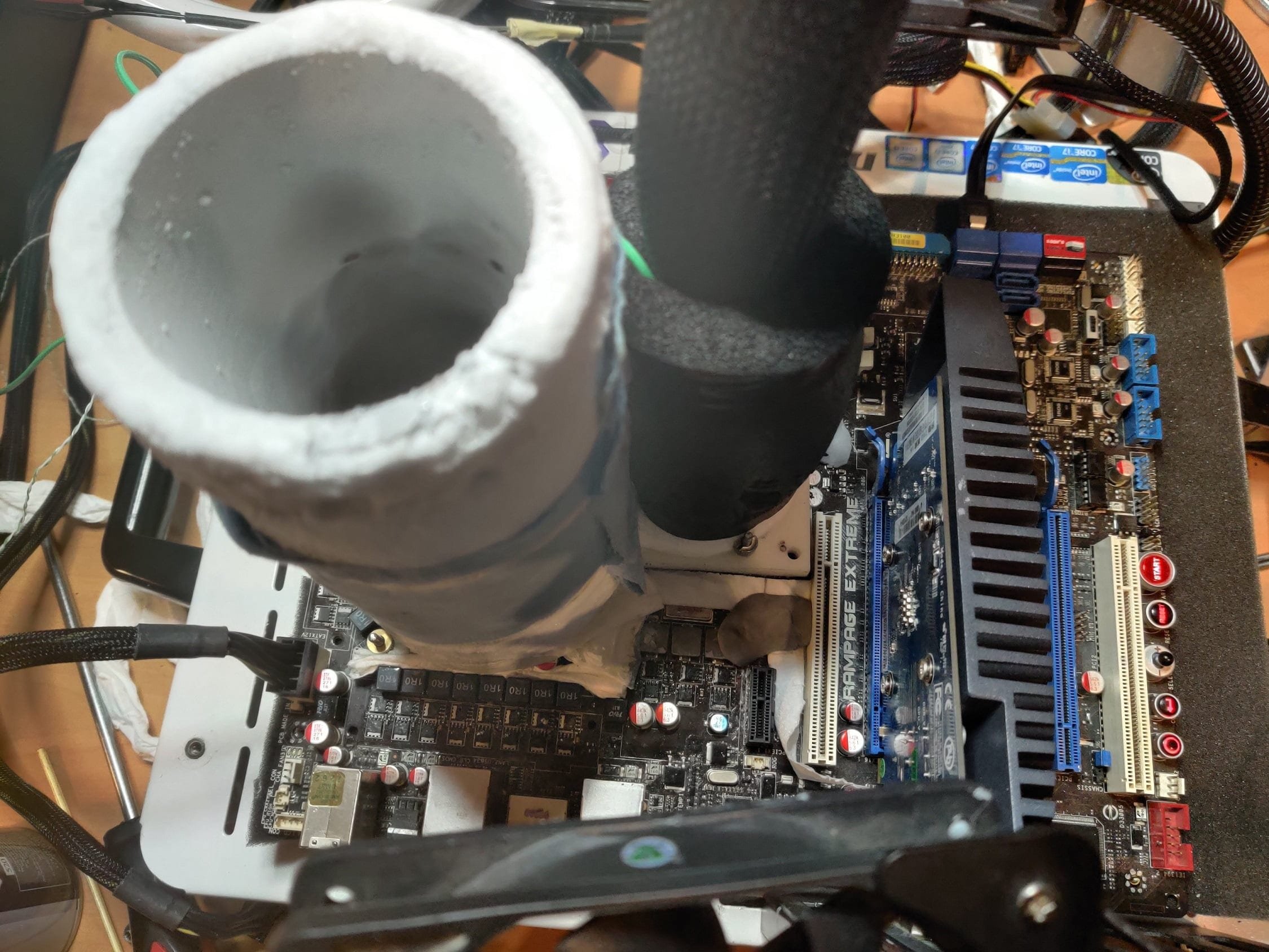 Today, the Greek enthusiast OGS has pleased the overclocking community with two records at once on the legendary Intel Core 2 Duo E8500 processor. Both golds were obtained in similar disciplines wPrime – 1024m and SuperPi – 32M. Also, in both cases, the processor was cooled with liquid nitrogen.

In SuperPi – 32M the Greek could no longer maintain such a high clock speed of the Core 2 Duo E8500 processor and was limited to only 6130 MHz, which provided the enthusiast with a result of 7 minutes, 35 seconds, 937 milliseconds:

OGS is one of the top overclockers, and as you already know, these guys do not always have enough time to indicate all the components used to set the records. Therefore, it is often necessary to collect information about the test setup literally bit by bit.

This case was no exception. Unfortunately, all that we managed to find out there was the used motherboard. It turned out to be the top model from ASUS Rampage Extreme based on the X48 system logic set.

In fact, such records are extremely interesting and memorable. Indeed, even 11 years after the release of Intel Core 2 Duo E8500 (the chip was released in 2008), enthusiasts are still able to surprise and surpass the previously obtained seemingly unsurpassed and amazing results.