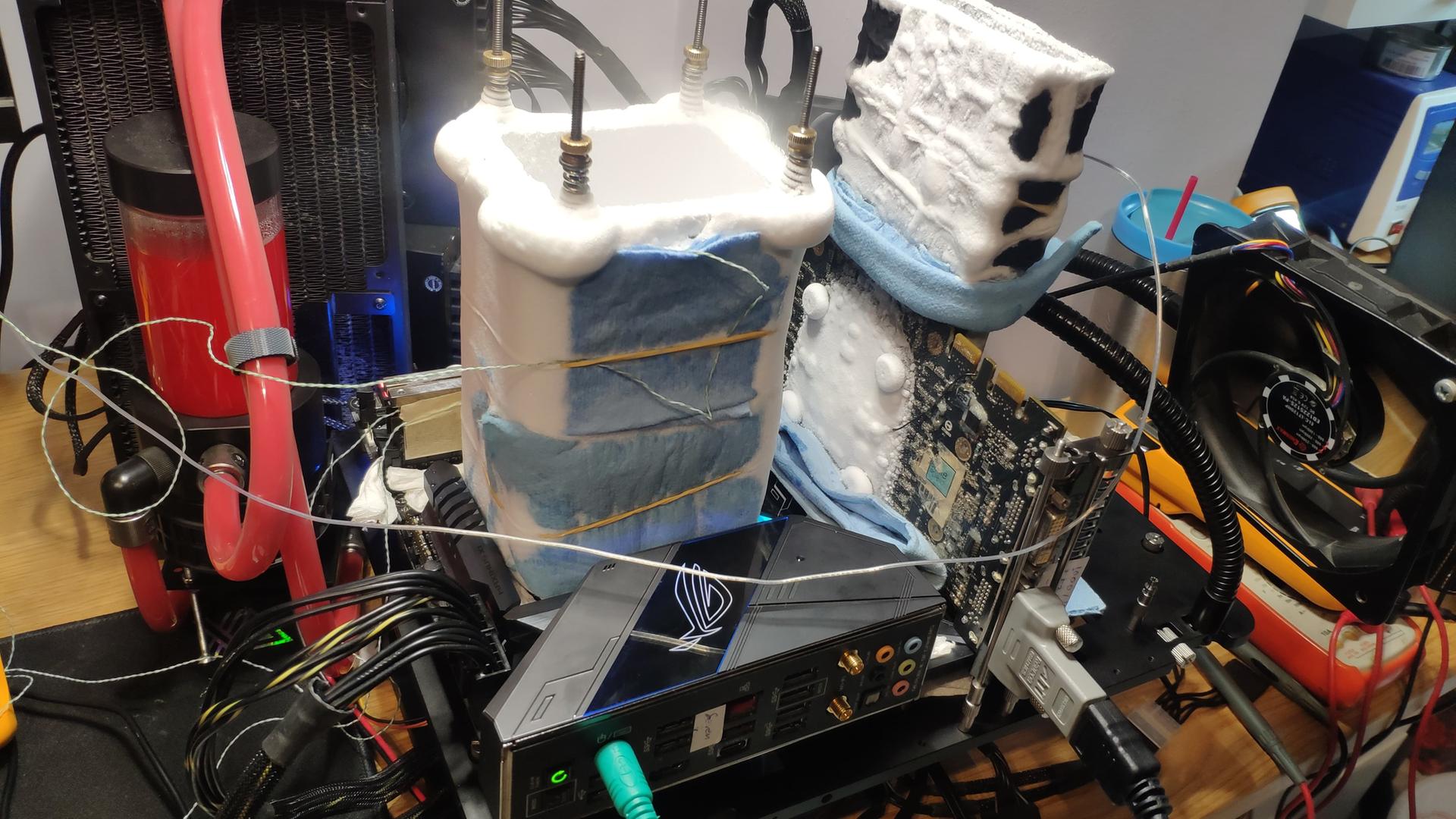 Nevertheless, the GeForce 8800 Ultra had its drawbacks. Moreover, they were quite weighty: almost all cards of the 8000 line were susceptible to such a phenomenon as “GPU dump” (failure of the graphics processor, often the crystal was dumped from the GPU substrate, and not the substrate with the crystal from the video card itself, which made repairs quite resource-intensive because it was necessary to buy a new graphics chip), and for a top-end, hot 180-watt solution, failure due to a GPU dump was actually the only possible outcome.

So why did I write all this, you ask. Everything is very simple: I am amazed that even after almost 14 years after the start of sales, there are still copies of the GeForce 8800 Ultra video card that are capable not only of working without jambs in base modes but also of overclocking to impressive frequencies.

It was exactly such a long-liver that the Greek enthusiast OGS got hold of and with its help set as many as three records in the ranks of the card of the same name:

The enthusiast’s test setup was assembled from the following components: