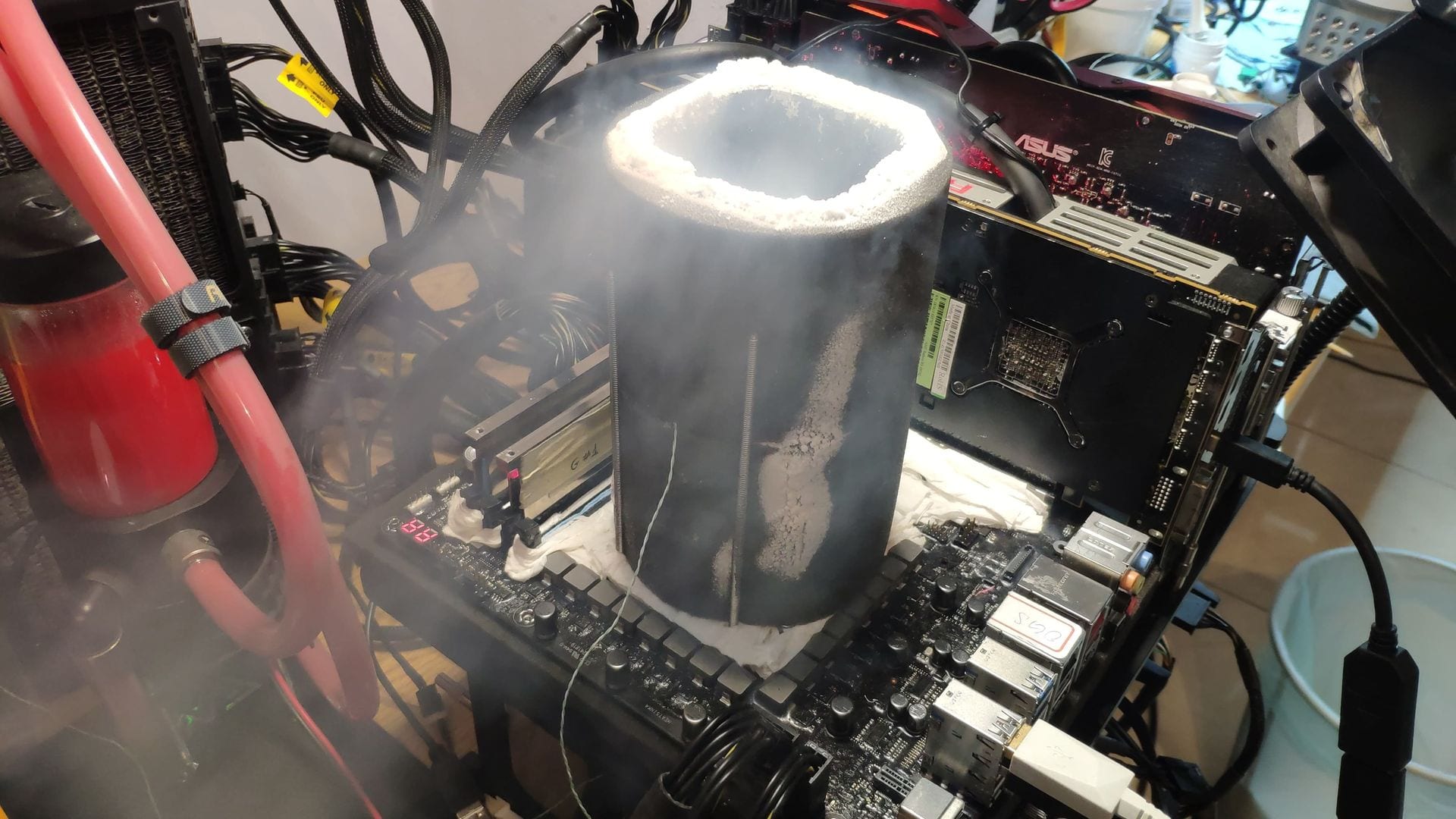 It has long been considered that “Monday is a hard day”, and for some professions the first day of the week actually becomes a test of endurance and patience. To some extent, this judgment can be extrapolated to enthusiasts fighting for first places in various benchmarks: The start of a new week is always accompanied by many publications received over the past seven days. Thus, every Monday any enthusiast risks losing his first place and will be forced to start his experiments again.

This Monday was no exception: Bullshooter lost its gold medals in the three AMD Radeon R9 290X ranks due to OGS, and Luumi lost first place in the Intel Xeon L3014 GRIFF chip rank. But first things first.

The Italian GRIFF enthusiast once again proved his skill in overclocking the CPU of the LGA 775 platform and regained the leadership in the ranks of the Intel Xeon L3014 processor, and with it, the gold in the global, single-core rank of the HWBOT x265 Benchmark – 4k discipline:

The chip was cooled by a phase change system and was overclocked to a frequency of 5715 MHz. The “single-core” company was made up of the top-end motherboard ASUS Rampage Extreme and a set of Corsair Dominator GT RAM.

A colleague of the Italian, the Greek overclocker OGS decided to keep up and got two gold medals: in the ranks of three AMD Radeon R9 290X video cards and in the global rank of any three GPUs:

The GPU of each of the cards was overclocked (if I may say so, taking into account the base value of about 1050MHz of some non-reference versions of the R9 290X) to 1018MHz, and the memory operated at an effective frequency of 5000MHz. However, as you probably already guessed, thanks for this record is not overclocked video cards, but a 16-core monster from AMD.

At the moment, in the 3DMark05 discipline, the main tool for achieving high results is the performance of the CPU, and given the actually ultimate performance of the Ryzen 9 5950X chip overclocked to 6100MHz, the most technologically advanced processor from AMD is most suitable for these purposes.

Thus, OGS was able to win a couple of gold medals with a result of 95,019 marks. Three R9 290X video cards and a Ryzen 9 5950X processor were accompanied by the ASUS ROG Crosshair VIII Dark Hero motherboard, and the overclocker’s test setup looked like this:

I would like to note that a two-chip Radeon R9 295 was used as a pair of the three presented video cards. Nevertheless, since the GPUs soldered on its printed circuit board almost completely copy the R9 290X chip, this is not a violation of the rules.

Jan 4, 2021Cath
THE FIRST FIVE MINUTES OF HITMAN 3 GAMEPLAY GET ON THE NETWORKOGS RECEIVED GOLD IN THE RANK OF TWO NVIDIA GEFORCE RTX 3090 VIDEO CARDS