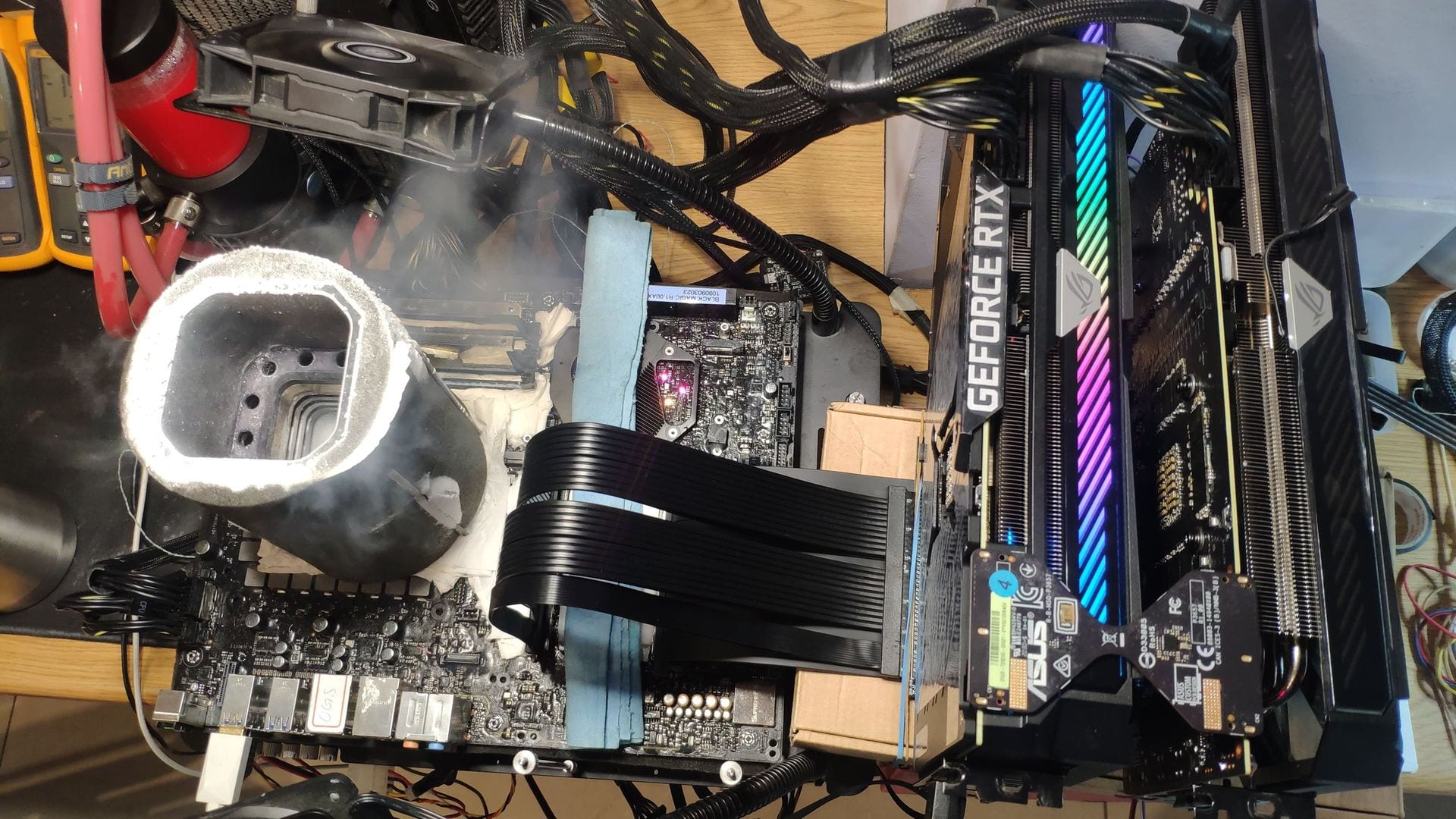 Based on the beginning of this news article, you have probably already guessed that both of these records are united by an overclocked 16-core monster from AMD. And this is not surprising, because as we have already mentioned more than once, at the moment, in the 3DMark05 discipline, the main tool for achieving high performance is the performance of the central processor, and given the actually ultimatum performance of the Ryzen 9 5950X chip overclocked to 6100 MHz, it comes as no surprise that just behind first place on three R9 290Xs, OGS was able to score gold on two RTX 3090s.

In addition to first place in the rank of two RTX 3090s, OGS also got first place among any two GPUs. It is worth noting that the 3DMark05 discipline has revived quite well with the arrival of the CPU based on the Zen 3 architecture.

The processor was cooled with liquid nitrogen, and the video cards used their standard cooling systems as heat dissipation. GPU frequencies for both cards were 1860 MHz. The GDDR6X memory operated at an effective 19504MHz. The company for GeForce RTX 3090 and Ryzen 9 5950X was the motherboard ASUS ROG Crosshair VIII Dark Hero.