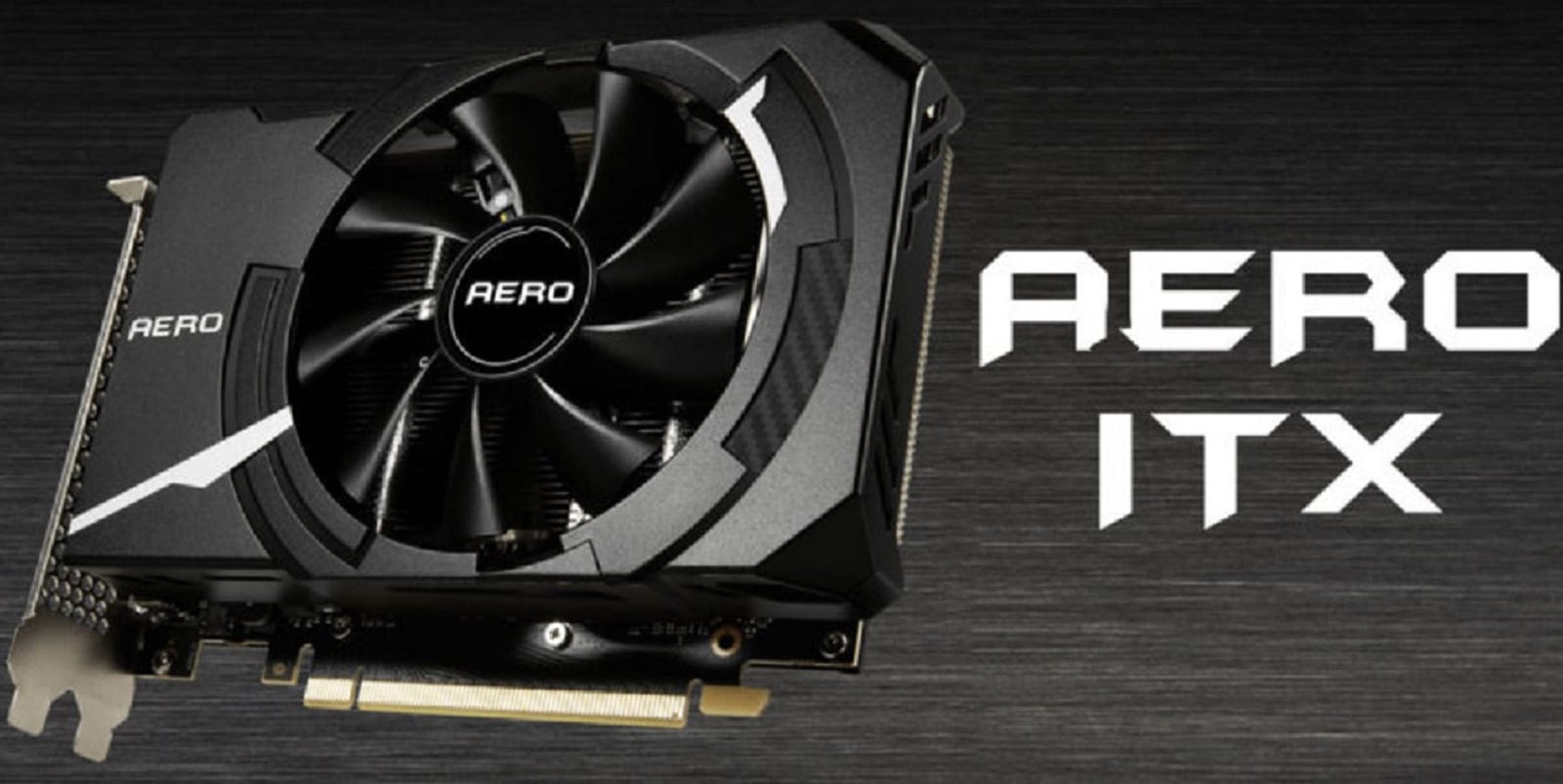 MSI has unveiled two new graphics cards from the AERO Mini ITX series. Both devices look pretty much the same, moreover, they use the same PCB and rear panel connector formula. However, the RTX 3060 and RTX 3060 Ti AERO ITX have GPUs with a different formula of active execution units at their disposal: the RTX 3060 Ti is equipped with a GA104 GPU with 4864 active CUDA cores, while the RTX 3060 GPU has only 3584 active CUDA cores.

Nevertheless, as can be seen from the above photos, the cooling system of the MSI GeForce RTX 3060 Ti AERO ITX is somewhat more efficient: the heatsink of the senior card is based on four heat pipes with direct contact technology, while the junior video adapter is content with only two.

Both cards received factory overclocking: the RTX 3060 Ti up to 1695 MHz and the RTX 3060 up to 1792 MHz. However, it cannot be said that such a modest increase in frequencies can have a real impact on the final performance. But in the case of the AERO ITX, this is not necessary. However, this series of video cards is not designed for overclocking.

Below are the full characteristics of the new products: