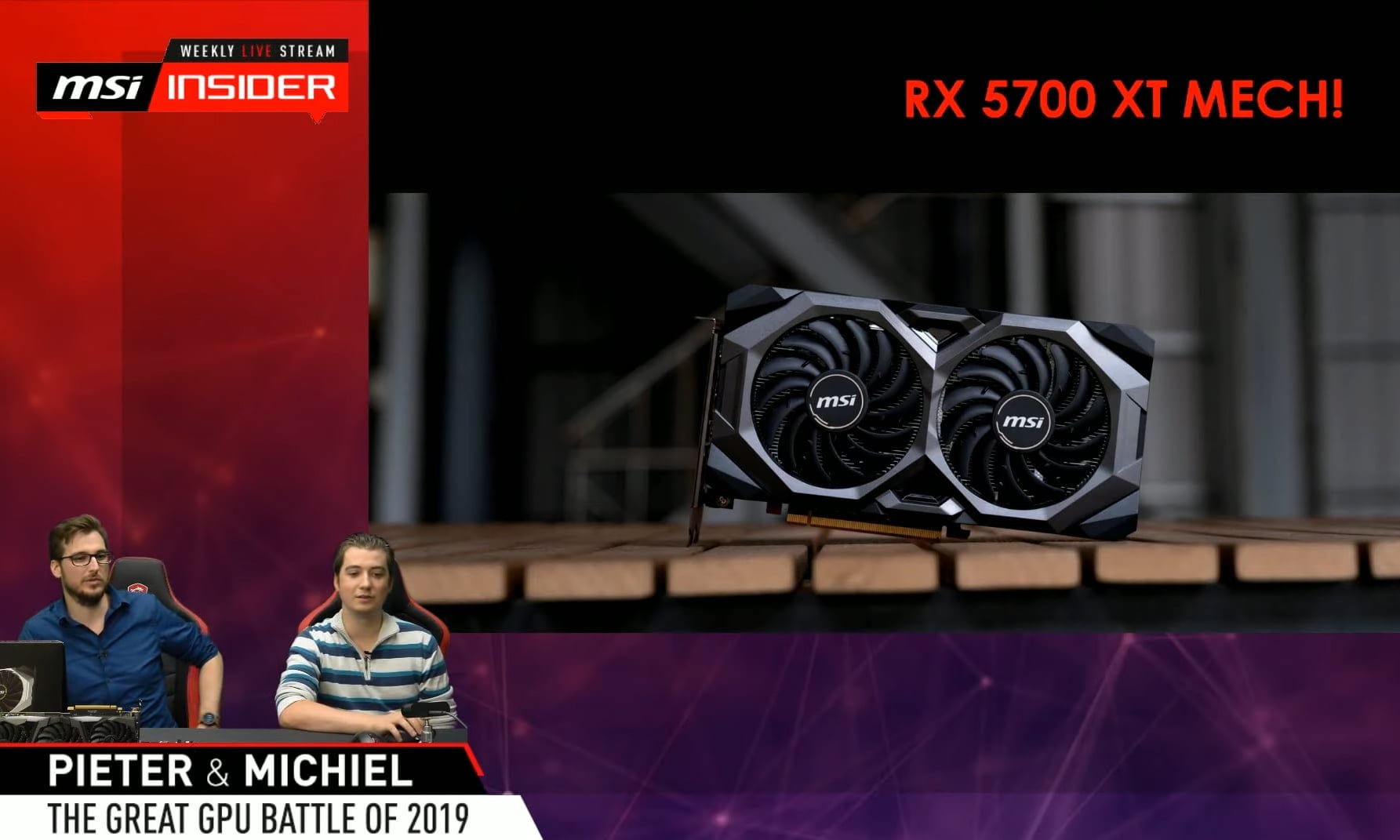 On July 17, MSI showed off new samples of its Radeon RX 5700 series graphics cards on its live broadcast. At the moment it is known that the company is developing several models: GAMING, MESH AIR Boost, and EVOKE.

The newly minted design of the RX 5700 XT MESH graphics card can be seen below:

All graphics card models announced above will be available in August. The only exception is the RX 5700 GAMING, which will go on sale by September.