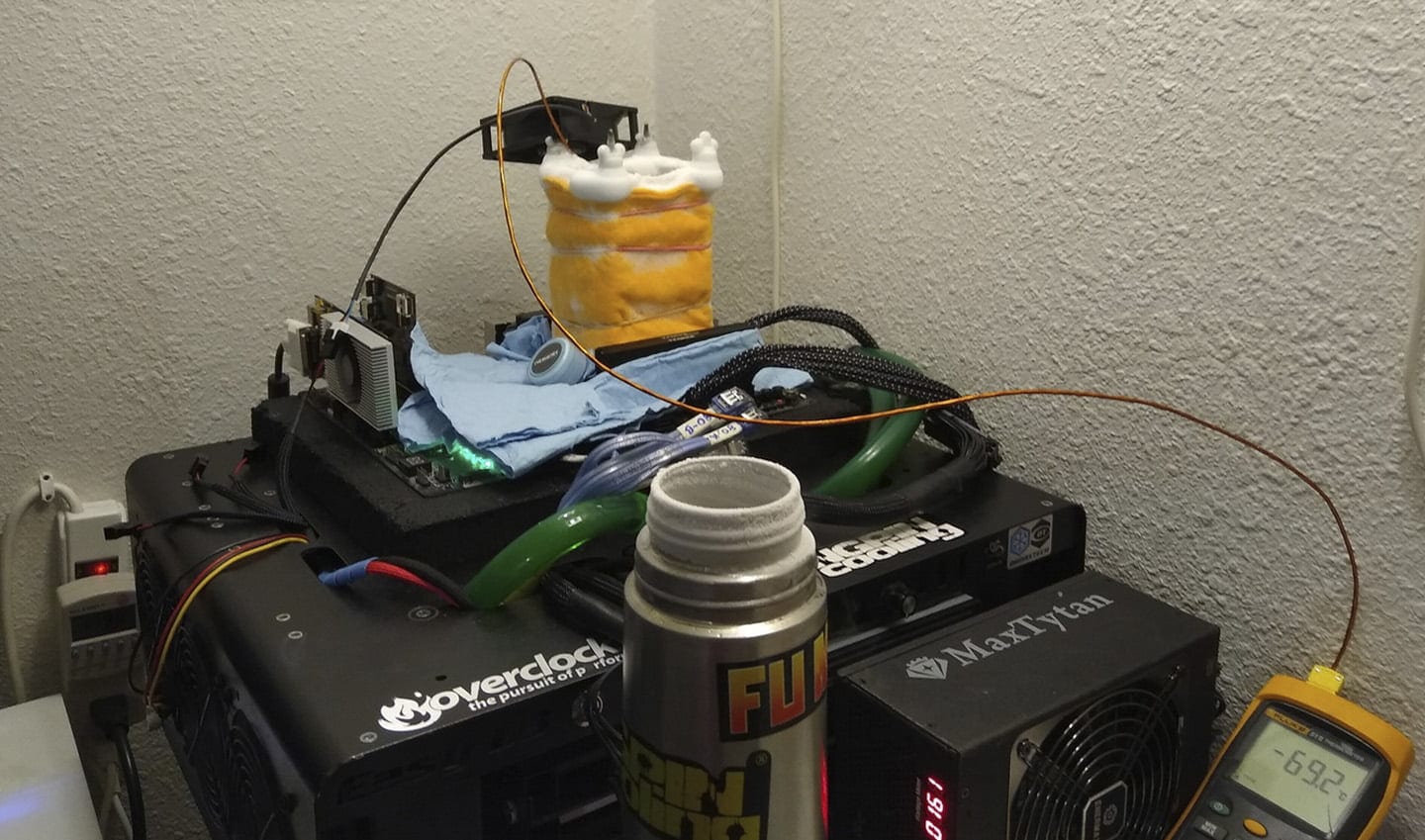 Yesterday, the American overclocker under the nickname mllrkllr88 conquered three first places in the current CPU rank of the Core i9 9920X and one for twelve-core processors.

Unfortunately, only the second place in the overall standings of “twelve-cores” awaited the overclocker here.

The last achievement of the American was the first place in the GPUPI for CPU discipline – 1B in the current CPU rank and the second for the global rank of 12-core processors:

The overclocker managed to pass this test at a processor frequency of 5899.7 MHz.

Like last time, the enthusiast did not mention the components of his test setup, so we again began to peer at the screenshots:

To achieve such impressive results, mllrkllr88 used a Core i9 9920X liquid nitrogen cooled processor and an ASRock X299 OC Formula motherboard. The campaign was made up of TEAMGROUP XTREEM DARK RAM and an unknown “plug-in video card”.

Now the category of twelve-core CPUs is experiencing its rebirth. Looking at the latest results, it’s clear that Intel and AMD processors are competing in different disciplines. For example, Ryzen is more interesting in rendering, and Core in working with RAM. However, the situation will change a little with each firmware update for a new revision of the AM4 platform. And the new generation of Core i9 10000 is just around the corner.

In short, an exciting “overclocking fall” awaits us.

Aug 26, 2019Cath
Safedisk takes gold again on Ryzen 9 3900X in Cinebench R15 disciplineA fan mod "Dark Souls 2 Depths of Darkness" has been released For Dark Souls 2, it stylizes the game for the first part of the series