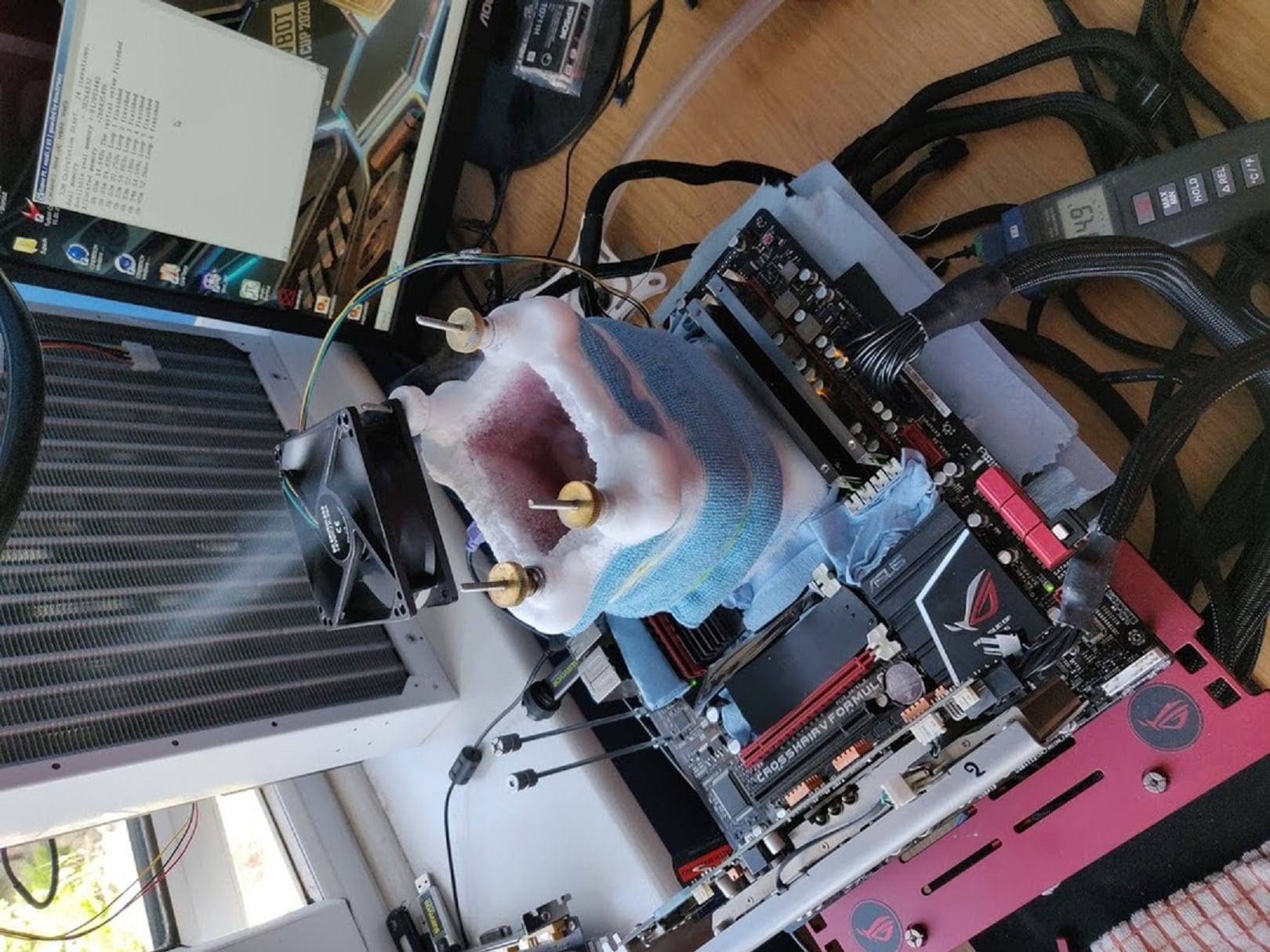 It would seem that over the eight years of the existence of AMD processors of the FX-8100 line (32nm / Zambezi), their potential has been studied up and down and it will be extremely difficult, or even impossible, to surprise with new records in 2020.

However, apparently, we are lucky that the British overclocker hiding under the nickname Matt26LFC is not one of those who are looking for easy ways. Somehow the enthusiast got his hands on an amazingly successful copy of the AMD FX-8120 chip and set as many as four records in the ranks of the processor of the same name!

When tested in benchmarks, the FX-8120 frequency varied from 6718MHz to 6736MHz, while the CPU itself was cooled with liquid nitrogen and was installed in an almost ultimate board for the AM3+ ASUS ROG Crosshair V Formula connector.

Of the rest of the components used in the test setup, only the 4GB G.SKILL PI model (2 x 2GB strips) and the super-reliable Super Flower Leadex 1600-watt power supply are known.