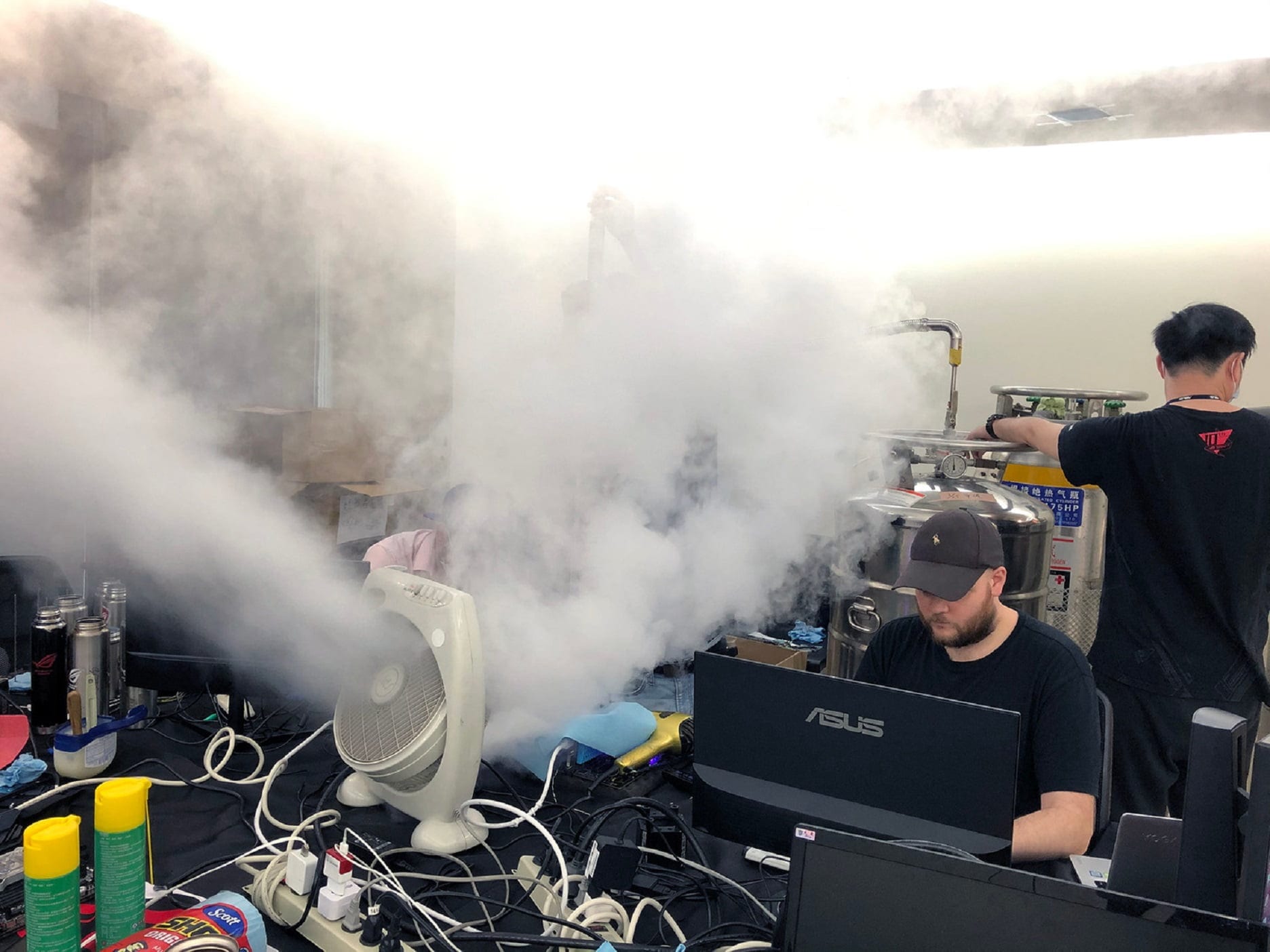 However, some things have changed since the last bench session. If on May 20, to overclock the keeph8n processor, he used a water cooling system, then in this case the Korean switched to “heavy artillery” in the form of liquid nitrogen.

Let’s start with gold in the Cinebench R15 discipline. Here, the Korean managed to keep the chip frequency at 4750 MHz, which eventually earned him 7167 points:

Then the enthusiast moved on to the less popular discipline GPUPI For CPU. In this benchmark, the processor frequency was 4800 MHz with result: 51 seconds 931 milliseconds:

And finally, keeph8n took first place in the current and 24-core ranks in the GeekBench 3 Multi Core discipline. At the same time, the processor frequency was at around 4450 MHz, and the result was 121306 points:

May 23, 2020Cath
We wanted the best, but it turned out as always: How to report a cheater in Grand Theft Auto VSplave sets three records for the Intel Core i9-10900K rank