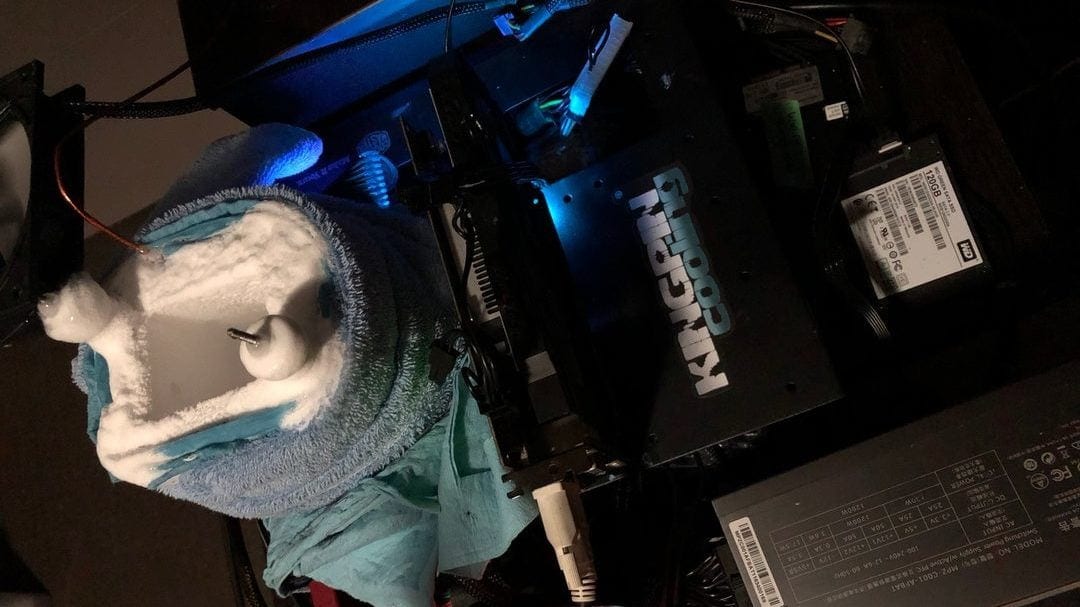 Australian overclocker KaRtA took two records at once on a 12-core, 24-thread AMD Ryzen 9 3900X chip in the Cinebench R15 discipline. It is quite expected that the enthusiast took the first gold in the current CPU rank, but the second one is already a more significant achievement, this is the championship among any 12-core processors:

Such an impressive result was obtained at a rather large processor frequency of 5550 MHz. The chip was cooled by the already familiar glass with liquid nitrogen manufactured by KingPin Cooling.

Of the rest of the components, we know only the ASUS ROG Crosshair VIII Impact motherboard, 2 Patriot 4400 C19 Series RAM modules of 8GB each, and a MasterWatt Maker power supply 1200 watts.