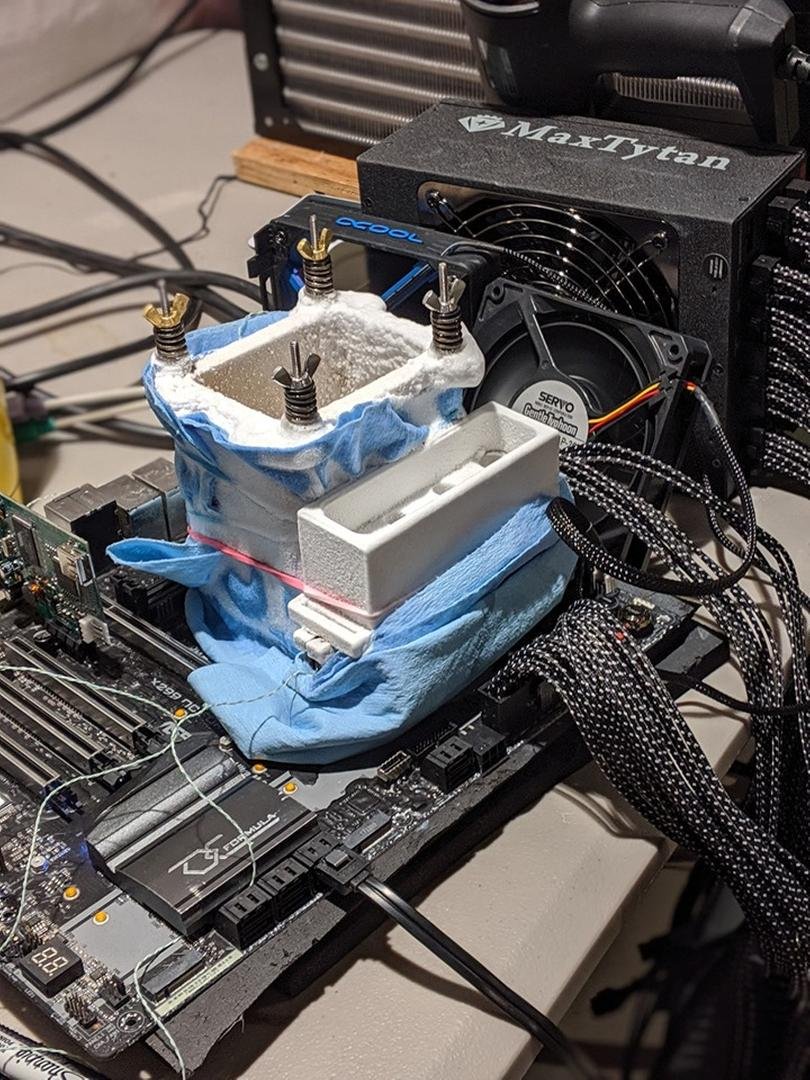 The release of the Core i7 7740X processor was a rather strange and highly controversial event. Judge for yourself: This is the same Core i7 7700K, only on LGA2066 and 100MHz faster.

Some may have a reasonable question in their heads: What about 4-channel memory? Nothing, literally nothing. This CPU only supports 2-channel DDR4, and when modules are installed in all free slots on the LGA2066 board, it will not see half of the volume.

I made this small digression in order to let you understand how unpopular this CPU was at the time of release and even after it.

Nevertheless, enthusiasts liked the Core i7 7740X and for good reasons. At a minimum, motherboards for LGA2066 have much better components, and the socket itself has a larger number of power contacts, which has a positive effect on stability at high frequencies.

American overclocker Splave just armed himself with a Core i7 7740X processor, ASRock X299 OC Formula motherboard and overclocked the CPU to 6979 MHz set a record in the HWBOT x265 Benchmark – 4k:

I would not have focused so much on the introduction if the Core i7 7740X did not allow Splave to take gold among absolutely all quad-core processors.

To achieve such high frequencies, the processor was scalped and cooled with liquid nitrogen. Instead of a standard thermal interface, the American enthusiast used Thermal Grizzly Kryo thermal paste.

The power source was an Enermax Maxtytan power supply unit with a capacity of 1250 watts.

Hopefully, this is only the first result on the Core i7 7740X, and within a few days Splave will bring down an avalanche of records on the “controversial” quad-core processor.