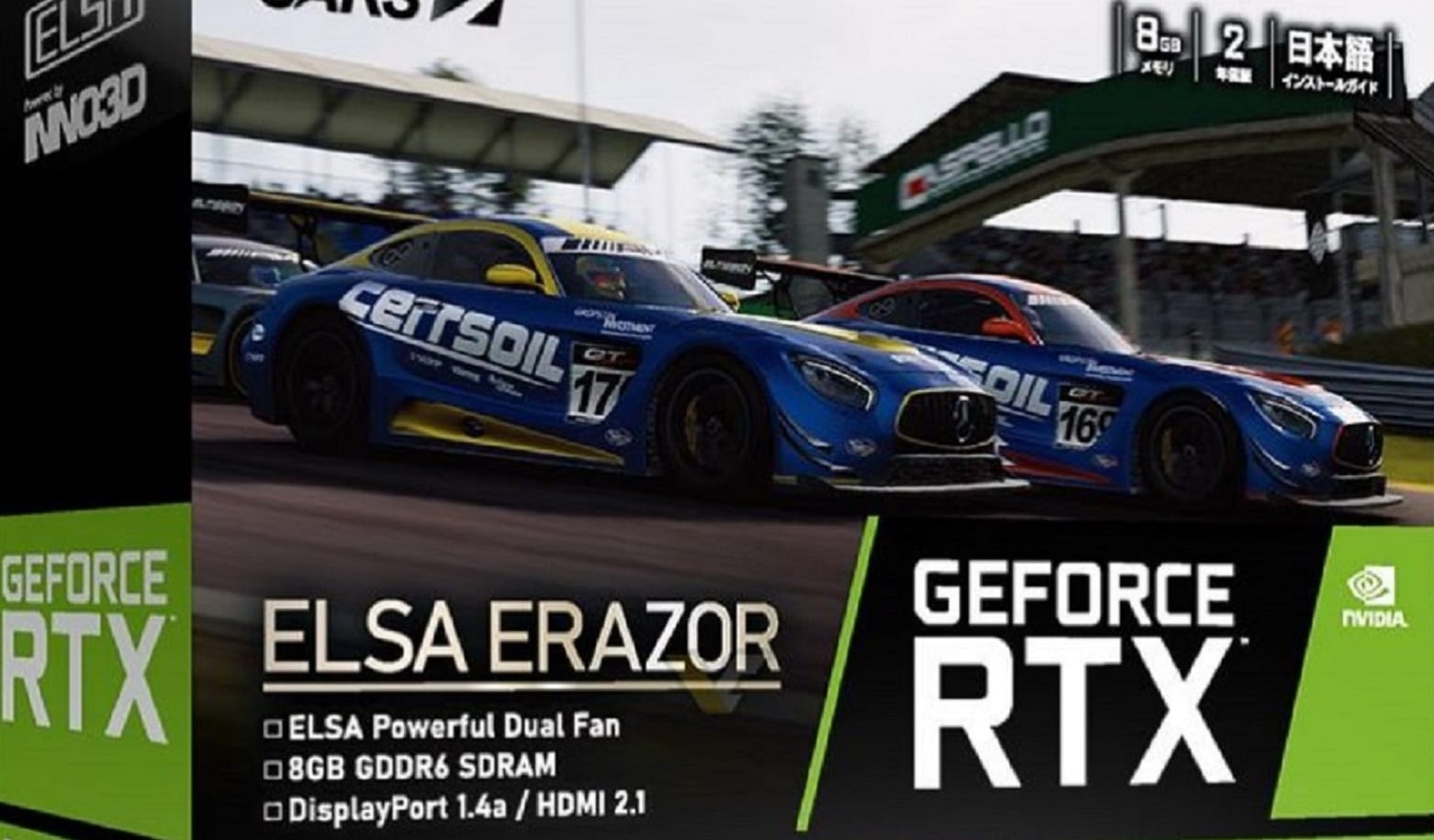 Basically, the ERAZOR RTX 3060 Ti is based on the INNO3D Twin X2 model with two large 90mm fans. Moreover, on the box of the device, in addition to the ELSA logo, the INNO3d logo also flaunts:

GPU frequencies of the novelty can reach 1680 MHz, which again refers to the original INNO3D Twin X2 graphics card, in which the graphics processor runs at the same speed (exactly as the memory).

In addition, the GeForce RTX 3060 Ti LHR ERAZOR graphics adapter otherwise has exactly the same characteristics as the above original: it is equipped with a GA104-302 GPU with 4864 CUDA cores, mining protection, and 8 GB of GDDR6 memory with a 256-bit bus.

But that’s not all the surprises. Some of our readers may have assumed that the color printing with the game “Project Cars 3” on the box hints at the presence of the game of the same name with the video card, but this is not so. Project Cars 3 is not bundled with the GeForce RTX 3060 Ti LHR ERAZOR. Instead, gamers are offered special in-game challenges and car stickers.