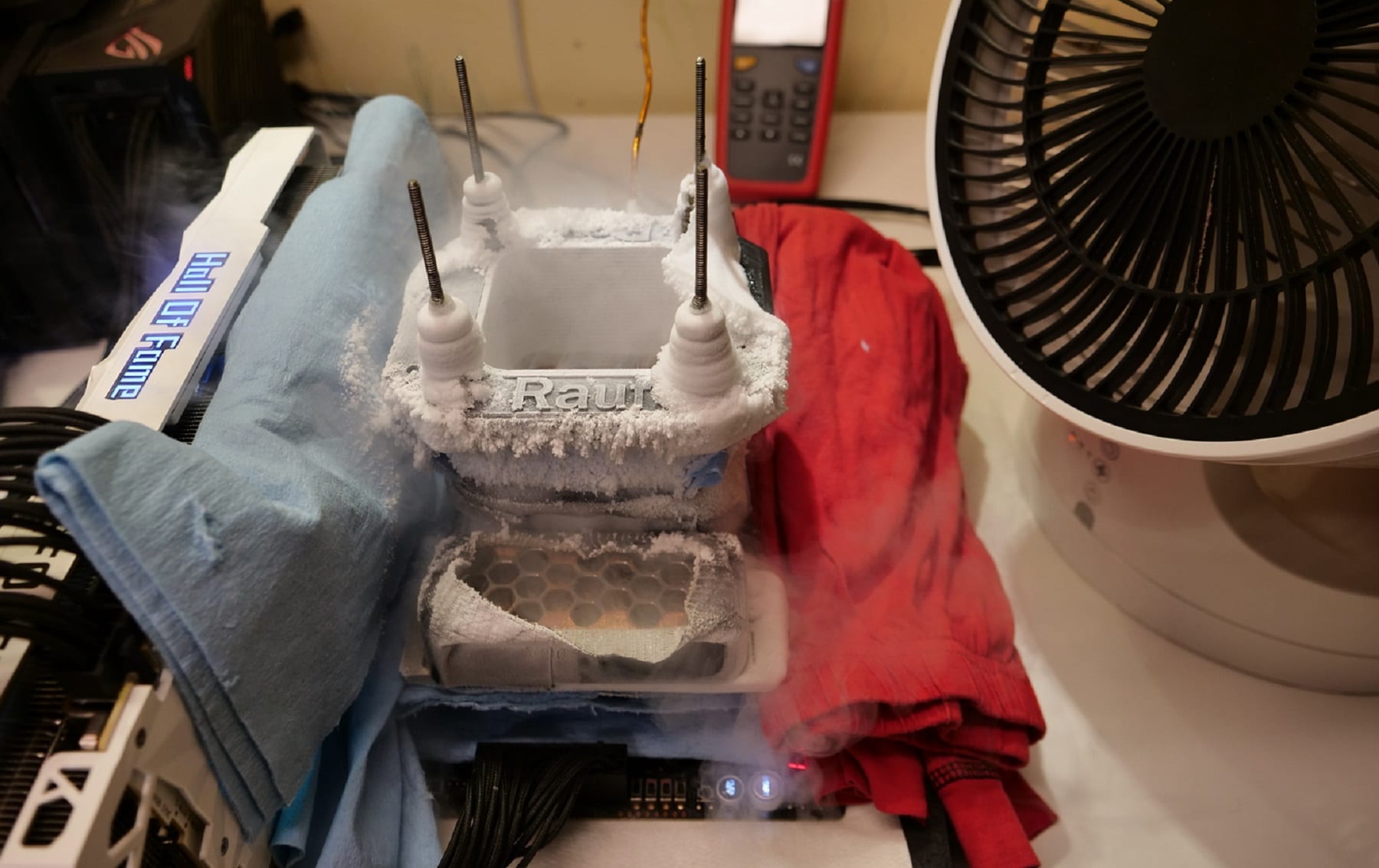 Swedish overclocker Rauf has won three gold medals in the relatively young discipline Geekbench4 – Single Core. The enthusiast became the first in the Intel Core i9-11900KF chip rank, and also won the championship in the global and world ranks of the above discipline.

It should be noted that the processor and RAM were cooled by the corresponding “machines” with liquid nitrogen, and the video card worked at its base frequencies and remained with its native cooling system.

May 24, 2021Cath
CONNECTOR AM5 WILL MOVE TO LGA TECHNOLOGY AND GET 1718 CONTACTSRENDER OF AMD ZEN4 "RAPHAEL" PROCESSOR FOR AM5 LGA1718 CONNECTOR APPEARED IN THE NETWORK