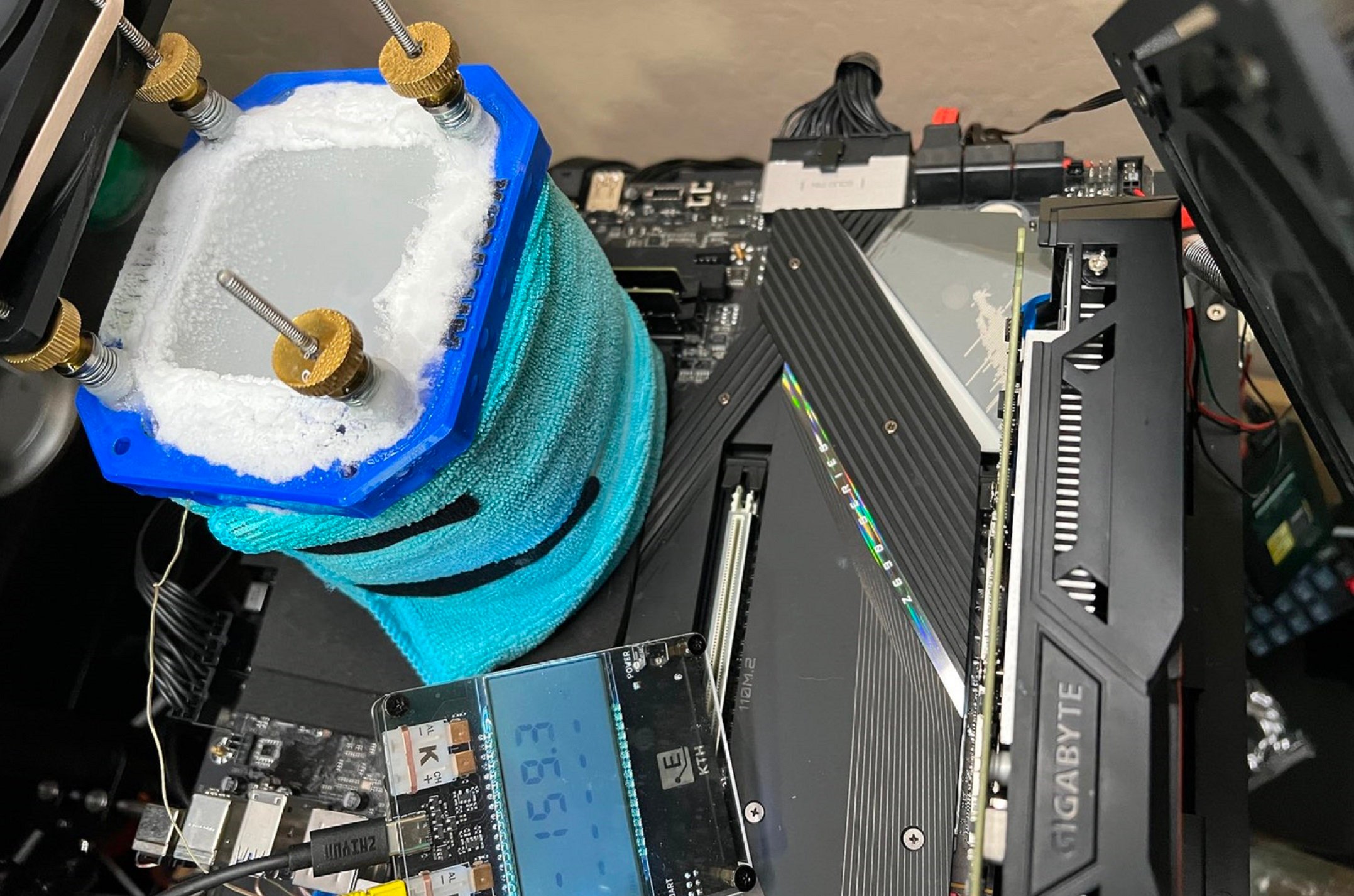 The American overclocker hiding under the pseudonym antitux was able to get first place in the Intel Core i9-12900KF rank of the y-cruncher – Pi-1b discipline.

When passing the benchmark, the frequency of the 8-core chip was fixed at around 6528 MHz, and the CPU was cooled with liquid nitrogen. The well-overclocked CPU was accompanied by DDR5 RAM, which the enthusiast was able to boost to an impressive (albeit not a record) 6827 MHz with CL30.0 40-40-28 timings. In addition, it should be noted that all energy-efficient Gracemont cores of the Alder Lake architecture have been deactivated.

Separately, we recall that disabling “weak” cores, in the presence of a certain motherboard, allows you to activate AVX512 instructions in large Golden Cove, which has a very positive effect on the final performance.

In addition to the top-end CPU from Intel, NVIDIA GeForce GTX 1050 Ti and a very powerful GIGABYTE Z690 Aorus Tachyon motherboard, which, by the way, allowed AVX512 to be activated also took part in the benchmark session.