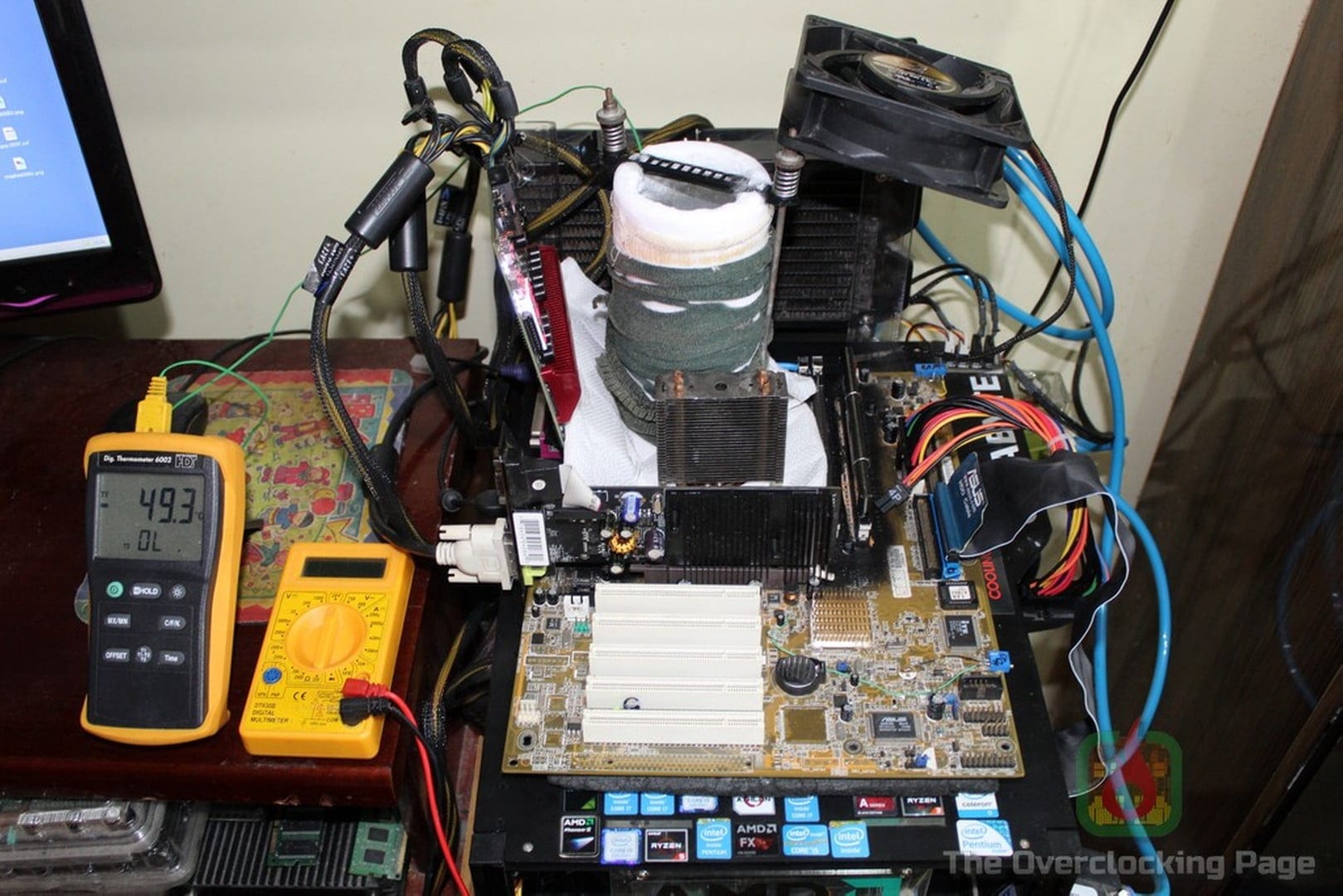 Probably, many will not remember (and some do not even know) about such a processor as AMD Duron. This trademark was present in the price lists of the Californian company even before the appearance of Socket 754 and 64-bit architecture.

The legendary Socket A, or as it was also called Socket 462, sheltered both the Athlon XP and the budget Sempron and Duron processors. The latter was a heavily stripped-down version of the Athlon, even more than the Sempron.

For example, the hero of today’s record, the AMD Duron 1600 processor (Applebred core) has at its disposal only 64KB of L2 cache out of a possible 256KB.

In 2019, such records cause a strong bout of nostalgia. After all, it seems that it was only yesterday: As a young overclocker, I was shaking over an unprotected crystal, trying to install massive cooling on the processor and not chip off such fragile silicon.

Fortunately, these days have passed and we shouldn’t worry about the processors anymore (No, it’s worth it. Thanks to Intel for their thermal seal under the covers. We are still worried).

Okay, enough with lyrical introductions. We have a real record for oldfags here:

The Brazilian overclocker under the nickname NoMS got gold in the current CPU ranks of the AMD Duron 1600 processor (130nm Applebred core derived from Thoroughbred with a partially disabled L2 cache), overclocking it to a frequency of 2891.3 MHz.

In the comments to his result, the Brazilian indicated that the power subsystem of the ASUS A7N8X-X motherboard was modified. It is quite possible that the enthusiast did not stop there and decided not to indicate some “tweaks”.

Unfortunately, NoMS did not indicate the rest of the components used in the test setup.

It is quite possible that similar materials will appear on our site in the future, but only of our own production. Nevertheless, the “romance” of overclocking is somewhat lost in modern hardware.